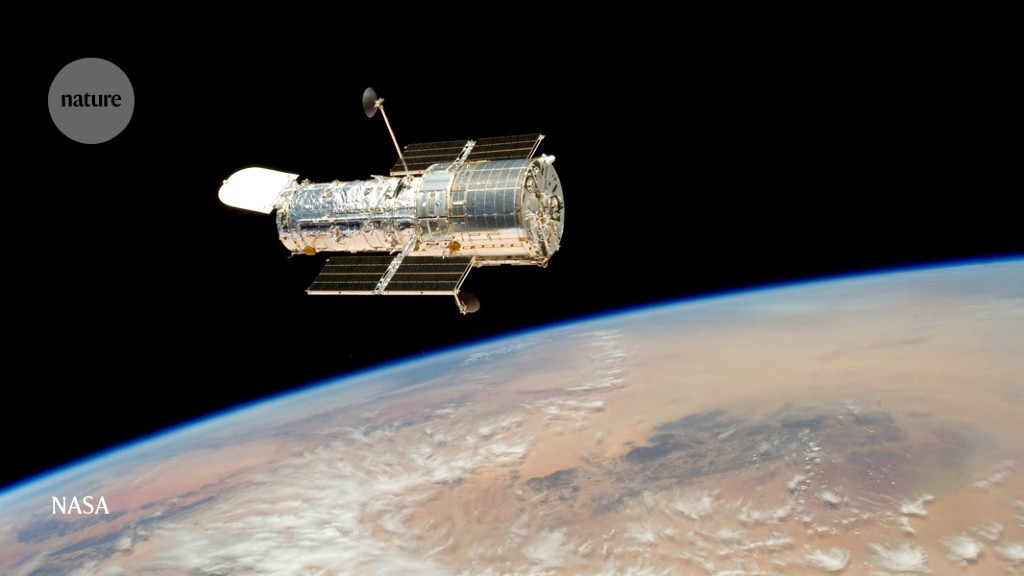 Astronomers across the United States breathed a collective sigh of relief this month when a long-awaited 615-page report, delayed by COVID-19, finally landed on their desks. Published by the National Academies of Science, Engineering, and Medicine, the Astronomical “Ten-Year Record” outlines a ten-year plan for the country’s investments in astronomy and astrophysics, which amount to more than of $ 2 billion per year.

The ten-year survey is officially a recommendation, but funding agencies generally follow its guidelines. It is considered particularly important because, compared to other fields of science, astronomy and astrophysics require a very expensive research infrastructure. The Hubble Space Telescope and its successor, the engineering marvel known as the James Webb Space Telescope, were born out of recommendations made in previous investigations. Webb’s 6.5-meter-wide mirror will allow astronomers to remember when the first stars and galaxies gathered in the Universe over 13 billion years ago.

But both missions are the result of extensive international collaboration. Hubble combines the strengths of NASA and the European Space Agency (ESA). The $ 10 billion Webb is a collaboration between NASA, ESA and the Canadian Space Agency, and is expected to launch no earlier than December 22. The next generation of telescopes will have to be a global affair in the same way if they are to be successful.

The latest decennial survey makes it clear that priorities for the next decade will include the search for Earth-like habitable worlds – and will require large facilities to pursue these themes. These include a “super Hubble” space telescope – estimated at at least $ 11 billion – and two enormous ground-based telescopes 25 to 30 meters wide which would be successors to the current largest class of telescopes, including the twin 10-meter of the Keck telescopes in Hawaii. Importantly, the report also identifies opportunities for the United States to coordinate with other nations and space agencies on astronomical exploration. These opportunities must be seized.

The collaboration comes in several flavors. Canada, China, India and Japan are partners in one of the next generation ground-based telescopes, the Thirty Meter Telescope (TMT) project. They contribute both funds and work on the telescope equipment. Canada, for example, is building the dome enclosure and China is working on polishing the mirror segments, in exchange for a share of future observation time.

Additionally, nations are eager to continue these collaborative roles. Last year, Canada’s astronomical community identified technical areas in which Canadian astronomers can complement the work of NASA and other major space agencies. These include the development of scientific instruments and other materials for future NASA missions, in the same way that the Canadian Space Agency contributed to Webb.

Such collaboration also helps ensure that research gaps are filled and that projects do not overlap or stray into the territory of others. European astronomers, for example, will be relieved that the proposed “super Hubble” operates in the ultraviolet, visible and infrared wavelengths. Had the plan been to use x-rays, the telescope would have been placed uncomfortably in the territory of ESA’s Athena X-ray Observatory, which is scheduled to launch in the early 2030s. The report proposes a mission X-ray, but it should follow the Super Hubble and be designed to complement rather than compete with Athena. One challenge, however, will be to develop the Super Hubble quickly and efficiently enough that it is possible to continue down the wishlist towards this x-ray mission.

ESA, in turn, has worked hard not to duplicate future NASA missions. Earlier this year, Europe used its Travel 2050 strategic process to identify themes for science missions that punctuate its own space of discovery, such as exploring the icy moons of the Outer Solar System, where life may reside in oceans. buried deep. And the pan-European astronomy mapping process Astronet works in the same way to identify unique areas for discovery.

There is also great potential for collaboration with other countries. For example, the addition of an India-based detector to the Laser Interferometer Gravitational-Wave Observatory (LIGO) is currently approved in principle. If India grants full approval, the new detector would work in concert with two existing LIGO detectors in the United States. Likewise, Japan, a world leader in X-ray astronomy, is leading an X-ray mission to be launched next year, in collaboration with NASA, to continue the discoveries until Athena is ready. to start.

On the US home front, the 10-year report does not weigh in on the controversial topic of where to build the TMT. Construction of this facility on Maunakea Mountain has been halted since 2015 due to fears it will take place on land that many native Hawaiians consider sacred. If the US federal government intervened, it would further prolong the project approval process. The report only recommends that the National Science Foundation (NSF) consider funding both the TMT and a similar telescope in the southern hemisphere, the Giant Magellan Telescope being built in Chile by partners in the United States, Korea, South, Brazil, Australia and Israel. This arrangement would give American astronomers the ability to request part of the observation time on these groundbreaking installations, thus opening up public access to what were until now private projects.

Now that the latest 10-year survey has been released, the funding agencies that commissioned the report – NASA, NSF, the Department of Energy, and the US Air Force – will begin implementing the recommendations, working with the US Congress, which will allocate the funds. . In doing so, they should reflect on how international partners can help – and build on – the powerful vision of the report, so that the world can together push the boundaries of discovery.

A greener process to produce ammonia

Are Tom Brady and the Buccaneers back to defend the Super Bowl crown?