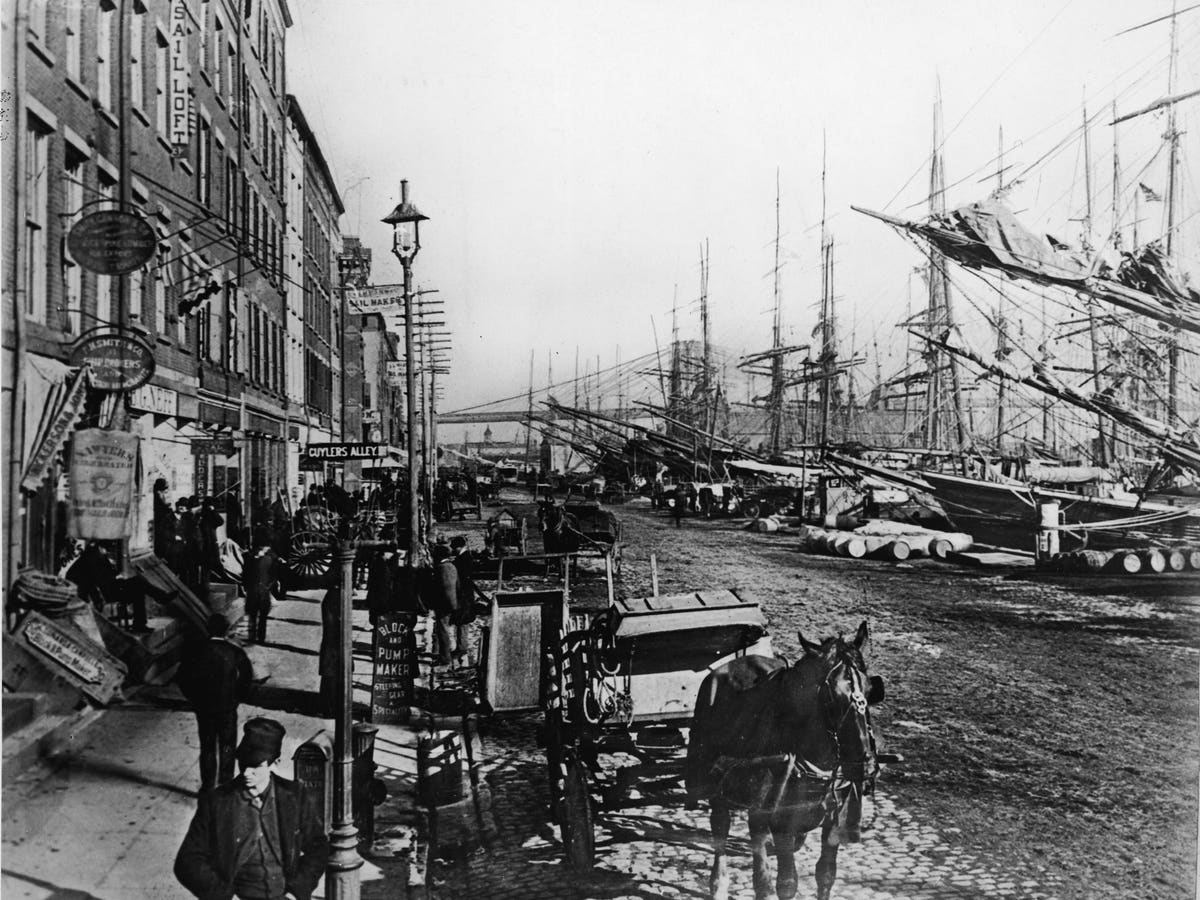 On Site Opera, the pioneering New York opera company steeped in site-specific storytelling and immersive experience, in partnership with the South Street Seaport Museum, will bring the opera to the deck of the historic tall ship tonight. Wavertree with What is below.

This immersive musical experience will invite small groups to travel outdoors on the ship’s main deck. hear and see vignettes connecting audiences to the complex and tragic stories surrounding American maritime history, both through the enslavement of the African peoples and through the tragic heroes of novelist Herman Melville.

Designated by the National Register of Historic Places, the Wavertree represents the thousands of ships that have docked along New York’s waterfront over the centuries. Built in wrought iron riveted in 1885, Wavertree is an archetype of sailboats from the second half of the 19th century that during the “age of the sail” lined South Street by the dozen, creating a forest of masts from the battery to the Brooklyn Bridge.

Incentives used to lure Africans into slavery at Captain Ahab’s last moments of moral judgment aboard the whaler Pequod in Melville’s Moby dick, What is below will present a series of six unique vignettes featuring works by Amistad, by Anthony Davis and Thulani Davis; Ahab, a monodrama by Juliana Hall and Caitlin Vincent; 1619, a cycle of choral songs by Damien Geter; Billy Budd, by Benjamin Britten, EM Forester and Eric Crozier; Sea fever, by John Ireland and John Masefield; and Riders in the sea, by Ralph Vaughn Williams and John Millington Sygne.

“What excites me about this project is the care, humility and humanistic approach that are central to the design of the program. It is the opportunity to see magic, royalty and resilience of a community of enslaved Africans through their eyes while experiencing the dissonance of the colonial and myopic view of who they were meant to be, â€said Winston Benons, Jr., project co-director and cultural advocate.

Founded in 2012, On Site Opera presents operas in situ in non-traditional venues across New York City. Each production invites New Yorkers to explore their city in new and unique ways, while cultivating a new generation of opera audiences. To date, the OSO has produced 18 operas in as many unique venues, including that of Shostakovich The story of the stupid baby mouse using large-scale puppets in shows for families at the Bronx Zoo; by Gershwin Blue mondayin the historic Cotton Club in Harlem; and that of Rameau Pygmalion at Madame Tussaud’s wax museum, which explored new technologies in opera through the use of Google Glass surtitles.

Located in the heart of New York’s historic South Street Seaport, the South Street Seaport Museum preserves and interprets New York’s history as a great port city. Founded in 1967, the museum houses an extensive collection of works of art and objects, a maritime reference library, exhibition galleries and educational spaces, 19th century printing houses and an active fleet of historic ships that all work to tell the story of “Where New York Starts.”

Editorial: The Hope of Despair