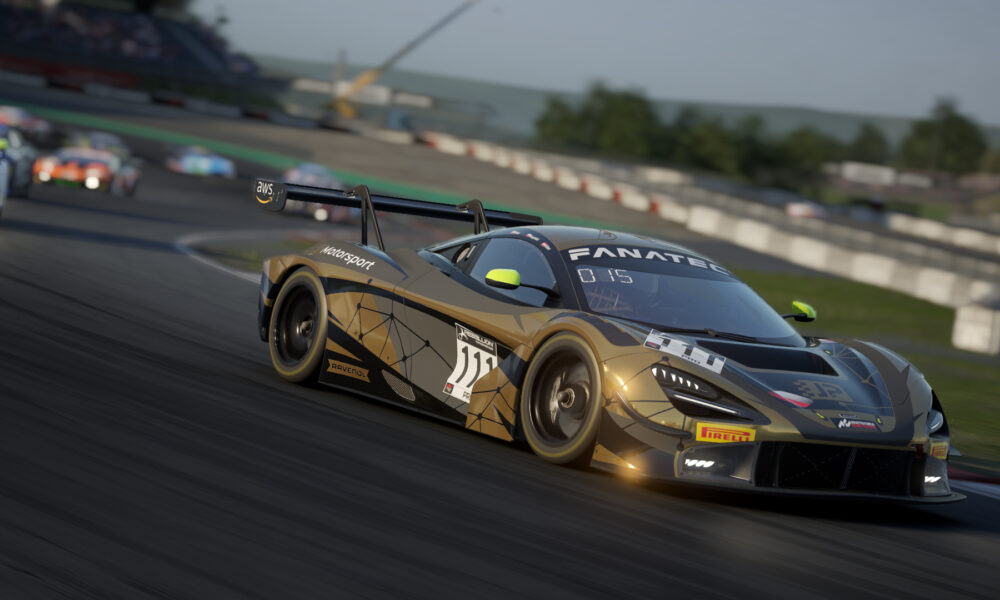 
Assetto Corsa Competizione is now available for the PlayStation 5 and Xbox Series X|S, and following its first post-release update, provides a great platform for console pilots to build on.

If you want to take your virtual driving up a notch and enter the realm of a dedicated simulator, Assetto Corsa Competizione has been a go-to choice for leagues, esports events, and real-world drivers looking for training since 2018.

Until recently, however, this has largely been the preserve of those with a gaming PC – and a beefy one too due to the power-intensive programming of the official GT World Challenge game. It’s been available to those who have owned a PlayStation 4 or Xbox One console since 2020, but while that version performed well, its visual performance was a disaster.

Now, however, a new iteration has been released for the more powerful PlayStation 5 and Xbox Series X|S devices. Luckily, those who don’t have the space, time, or budget to set up a gaming rig can have one of the best home-driving experiences the way it’s intended.

What we have here is a huge range of GT3 and GT4 machines, up to 19 tracks, tight races against computer-controlled rivals and competitive online events, all tucked inside with jaw-dropping visuals , dynamic weather conditions and some of the most realistic driving feedback. about.

It’s this last point where Kunos Simulazioni’s eulogy for SRO’s GT racing series prowess has never been in doubt. Use a steering wheel device and the force feedback effect creates an unprecedented feeling of realism. Jumping over the curbs of Oulton Park is brutal enough to prevent track limit abuse, delivering more punch than a Tyson Fury knockout.

The same goes for some of the celebrated platform’s idiosyncrasies. There’s a driver rating system that constantly monitors your abilities – even in offline training – and if you don’t level up high enough, you’re barred from the best online races. A nice idea in principle that is not marked out enough.

Likewise, with button assignments, engine map use, and start-up procedures, you’re simply left to your own devices. Luckily, there’s a thriving community of advice articles, videos, and forums to dive into to lend a hand. In some ways, that’s part of the appeal, but I think more needs to be done to help explain the features and settings to newcomers.

The Solo Career structure isn’t exceptional either, for the most part a procession of racing events with no attempt to add extra depth through team management. Again, for a focused platform like this, anything outside of time trials and multiplayer can be considered a bonus.

Visually, it works well and looks as good as a powerful PC, if not aesthetically cutting edge. Load times are also fleeting, helping you go from a night race at Mount Panorama to a GT4 event at Kyalami in the blink of an eye.

As a bonus, private online lobbies are included, allowing you to natively race with friends without hiring a server. Not being able to change racing settings dampens the appeal somewhat, and the omission of driver swaps likely means esports competitions won’t take place on PlayStation or Xbox, though.

At launch there was a litany of small, slightly off-kilter blunders – like the throttle cut when you were going to change the car’s settings on the track – but the vast majority of them were changed quickly, and so now the result final is mainly plane sailing. Watch that steering lock setting, though…

On the PC, however, there was an update to version 1.8 in November 2021 which further improved the handling characteristics, but this has not yet materialized for the more affordable devices. Hopefully this appears sooner rather than later, as it means recent Challengers Pack content that included Valentino Rossi’s Audi and the latest Porsche 911 Cup cannot be released on console at this time.

Yet driving against a crowded GT3 field, at night, in the rain, around Spa-Francorchamps with the most aural pleasing sound design in the sim racing space is a brutal, yet rewarding challenge that any fan motorsport should rise. Hopefully now with these new console releases, many more will do.

Full disclosure: A code for the game has been provided by the publisher for review. Here is our review policy.