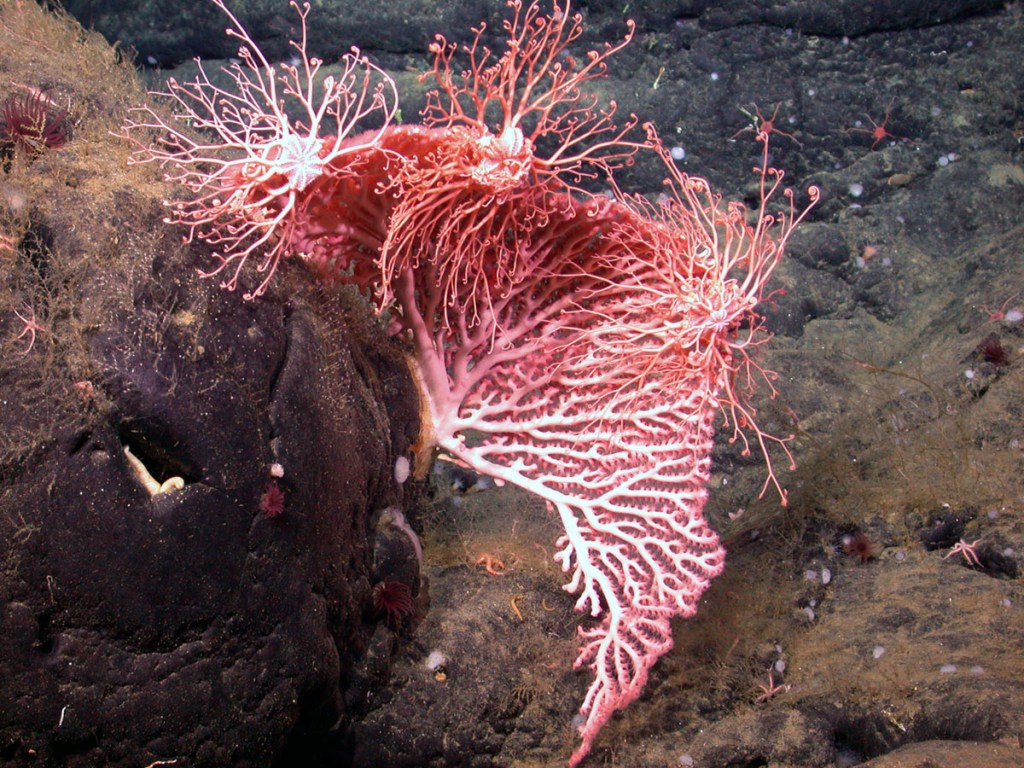 Today, I expand on the collaborations that the Monterey Bay National Marine Sanctuary has established since its designation 30 years ago by sharing water quality improvements made with the “ag” community and exciting discoveries in high sea ​​made in a newly protected sanctuary habitat.

Water quality is essential to ensure the protection of all sanctuary resources. Using a voluntary stewardship approach, farmers, ranchers, researchers, and resource conservation organizations come together to protect the sanctuary’s water quality from agricultural practices. Their fundamental vision for the collaboration is “Together, we will protect and enhance the water in the sanctuary and adjacent watersheds while sustaining a world-class production agricultural region through voluntary collaboration with agriculture managers and rural land”. The award-winning Agriculture Water Quality Alliance (AQWA) program has implemented thousands of best management practices with the farming community to improve Sanctuary water quality over its 20-year history.

These practices include reducing runoff of sediment, nutrients and pesticides from agricultural and rural lands through nutrient and irrigation management, vegetated treatment systems and buffer strips, to name a few- one. It is gratifying to share that according to the Central Coast Long-term Environmental Network’s 2021 report, the sanctuary’s water quality has indeed improved. Scientists have detected declines over the past 20 years in concentrations of harmful chemicals (eg PCBs and DDT) in Monterey Bay sediments and mussel tissues collected at Pleasure Point in Santa Cruz.

Over the past few years, we’ve also worked with farmers, ranchers, the California Marine Sanctuary Foundation, and The Nature Conservancy to address plastic pollution, especially plastic from agricultural operations. After doing some reconnaissance to determine the scope and scale of the problem, we established drop-off points for recycling drip irrigation tape and started a pilot study on biodegradable mulch (BDM is i.e. plastic sheeting in the fields) to determine if BDM works for Central Coast growers and how quickly it biodegrades in the soil.

While the results of water quality monitoring are promising and the work of plastics is exciting, we must remain vigilant and continue to work with our partners and expand our network of stakeholders to prevent runoff. contaminated in rivers and storm drains to enter our sanctuary.

Farm fields 75 miles west of San Simeon, home to Davidson Seamount, which is an extinct volcano that rises from the seabed 7,500 feet high, but still sits at 4,100 feet from the surface of the sea. The first expedition in 2002 to Davidson Seamount was led by a collaboration of local scientists from the Monterey Bay Aquarium Institute, Monterey Bay Aquarium, Moss Landing Marine Laboratories and the Sanctuary. Using remotely operated vehicles (ROVs) equipped with cameras, researchers document their first findings. Glimpses of the then largely mysterious habitat piqued national interest. The entire seamount resides in cold, dark waters, and yet is surprisingly covered in a plethora of life – from colorful basket stars to enormous sponges, rare deep-sea fish to fragile “old” corals, some of which are hundreds of years old. The captivating images of the seamount inspired the sanctuary’s research coordinator, Andrew DeVogelaere, to initiate subsequent collaborative explorations of the seamount to learn more about the relatively pristine habitat.

The results of these early explorations formed the basis for the expansion of the Monterey Bay National Marine Sanctuary in 2008 to include the Davidson Seamount Management Area. The expansion added 775 square miles of unique habitat with special national significance to the sanctuary. Protection of the seamount from potential harmful activities is achieved through the use of federal fisheries authorities and the National Marine Sanctuaries Act.

Since the addition of Davidson Seamount, a number of expeditions have revealed other exciting discoveries. For example, in 2018, a team of sanctuary scientists and partners “stumbled upon” hundreds of female brooding octopuses on the sides of the seamount, 10,000 feet deep. On another expedition, a whale drop (a sunken whale carcass) was discovered on the flat seabed nearby.

The discovery of the whale’s downfall and subsequent investigations provided the rare opportunity to assess the condition of the carcass over time and document species new to science. Whale falls create nutrient-rich oases in food-scarce areas of the deep sea for a series of scavengers to devour the large carcass, including blubber, organs and bones. You can watch “Discover Wonder”, a short film about these discoveries at the Sanctuary Exploration Center in Santa Cruz.

Monterey Bay National Marine Sanctuary Superintendent Dr. Lisa Wooninck started as a research fisheries biologist at NOAA Fisheries Headquarters and Santa Cruz Laboratory, joined the sanctuary as a policy analyst, then the West Coast Regional Team in 2010 as Policy Coordinator. She has a doctorate. in Ecology and Evolutionary Biology from UC Santa Barbara.

The Monterey Bay National Marine Sanctuary is celebrating its 30th anniversary and the National Sanctuary System is celebrating its 50th anniversary. In recognition of these milestones, the Herald has published articles by former US Secretary of Defense Leon Panetta, former US Representative Sam Farr, former Save Our Shores director Dan Haifley and former member of California Assemblyman Fred Keeley, who serve on the Monterey Board of Directors. Bay National Marine Sanctuary Foundation and helped designate the sanctuary, along with Sanctuary Superintendent Lisa Wooninck. For more information, visit montereybayfoundation.org or montereybay.noaa.gov.