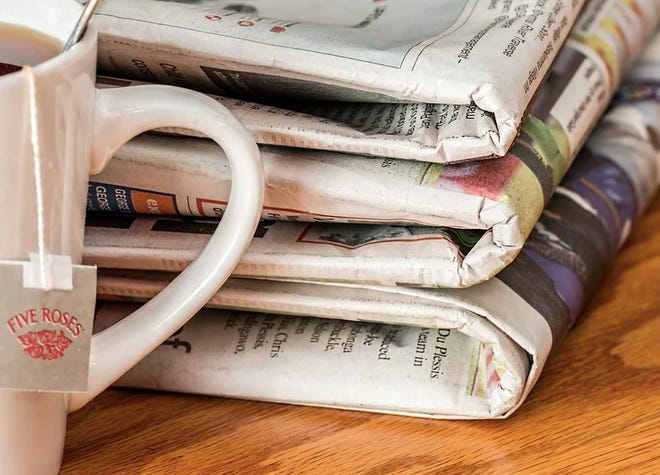 Letters should include the author’s name, phone number, and hometown, and can be up to 300 words long. Letters that focus on local issues concerning the Lower / Outer Cape take priority. The deadline is Monday noon. The space is occupied on a first come first basis. Authors are limited to one letter per 30 day period. Email editor-in-chief Donna Tunney at [email protected] Guest comments, up to 500 words, are posted subject to availability. Email the editor or call 774-722-1160 to discuss submitting a comment.

The following letters appeared in the print edition of August 6, 2021:

Thank you to the many people who have been so generous with their donations to the Thomas M. Conrad Scholarship Fund. Your support and contributions to this cause will change the lives of many students for years to come.

During the 29 years of working in the Nauset School District, I have been fortunate to be surrounded by a community, fellow educators and staff who are focused on providing the best possible education for our people. students.

This scholarship fund will help students overcome financial constraints to pursue their dreams and advance their studies. Together we can make a difference and for that I am eternally grateful.

It is surprising that the city of Orleans is considering undertaking an extended three-year study process to decide what to do with Governor Prence. This is all the more confusing since there have already been two studies done and paid for on this property. They both concluded that it was indeed a good place for housing and mixed use.

We’ve all heard the same reports of how desperately housing (especially rentals at all income levels) is desperately needed. Many people have been displaced because, with prices so high, the owners decide to sell. The need for additional housing was urgent before COVID; now it’s a full-blown crisis.

We’ve also heard that, in large part because of the housing dilemma, businesses are having difficulty finding staff. Many have been forced to reduce the number of days they can open each week, directly affecting their profits.

If we do not change this dynamic, there will soon be no more local labor, yet it is these same people who provide the solid foundations and structural components of a thriving local economy.

Moreover, it is not just a place where people exist simply to serve as “workers”. It is their only home, where they have distant roots, lasting friendships and a deep reverence for this beautiful place.

Why, then, do we not use the aforementioned studies and jump at the opportunity to create housing for our neighbors? Waiting for a three-year process to decide what to do means more and more of our community will be lost.

The 62 units planned for the former Cape Cod 5 headquarters are a good start, but we already know that is not enough. Let us not make what should be an easy and prudent decision, a decision that would greatly benefit the whole community, more difficult than it needs to be.

I have been coming to Cape Town since the 1950s.

I have known Mark Mathison for more years than I can remember; he was a trainer and a friend. We both drove Porsches that we probably couldn’t afford at the time; he still has his “STORM” plates according to the football team.

During my 60 years at Nauset Marine as CEO, I focused our activity on non-profit organizations; it was the right thing to do for the community.

I am not a political person, but I know right from wrong. I will stay in his yard until the cows come home.

Hopefully the city will stand behind him and his wisdom.

Editor’s Note: The author supports the position of Mark Mathison, member of the board of Orleans Select, that the future use of Gov. Prence Inn, now owned by the city, should focus on affordable housing and the city should act without delay to develop it.

Stephen Ford, my late husband, was elected to the Harwich Board of Selectmen in 2019, taking a seat vacated by Julie Kavanaugh. Julie had served on the board for three years, including as president the last year, before deciding not to run again. It’s only fitting that Julie is now running for Stephen’s former seat on the board, and I’m proud to support her.

Stephen ran for a seat on the board to give back to his hometown, with the benefit of his work experience in municipal management and finance. Stephen understood the challenge of having to provide the best services to the citizens of Harwich, while also having to ensure a balanced budget.

He devoted himself to his role as coach, working with department heads, committee members and residents to better understand what was most important to Harwich.

His illness took him away before the end of his job, but he would like to know that his successor is able to pick up where he left off and complete his term as he would have liked.

That’s why Julie Kavanaugh is the best candidate for Harwich. Julie can jump right into Stephen’s seat without having to learn the ropes first. She knows the ins and outs of the budget process and, like Stephen, understands what needs to be done. Julie Kavanagh is exactly what Harwich needs in their next selectman.

The Town of Brewster’s plan to acquire the Cape Cod Sea Camps is brilliant.

Its acquisition would achieve many goals for our community, including our senior population. For too long we have struggled to create a community center for all ages. The convenient location of the Sea Camp on Main Street would provide us with the necessary space and it looks like some of the buildings could possibly be reused.

We have heard that at least two major developers have submitted bids to purchase both properties. If they are successful, Brewster could end up with two more major resorts. This means pressure on all the city’s systems – water, fire, traffic, schools and the like.

Turning the two Camp properties into public ownership would prevent them from being overdeveloped and our resources exploited.

Most importantly, by transforming the properties of Sea Camps into a public space, we can all enjoy these magnificent waterfront gems. We would have two new beaches, which is important for the economy of our coastal community and the enjoyment of residents and visitors. This is especially critical given that we continue to lose parts of our beaches or their parking areas.

I will enthusiastically vote at a town hall to acquire Sea Camps for all of us. Brewster needs this type of ownership to better develop multigenerational public facilities.

Editor’s note: A municipal meeting will be scheduled for the end of September to discuss the purchase of the camps at sea. A public forum is scheduled for August 17 via Zoom or by phone. Link and phone connection details on the city’s website: brewster-ma.gov.

On behalf of the Namequoit Sailing Association, I want to thank William Pomeroy for the wonderful photo he took of young NSA sailors at Kent’s Point recently which appeared in The Cape Codder last week. He beautifully captured the skills and fun of young sailors.