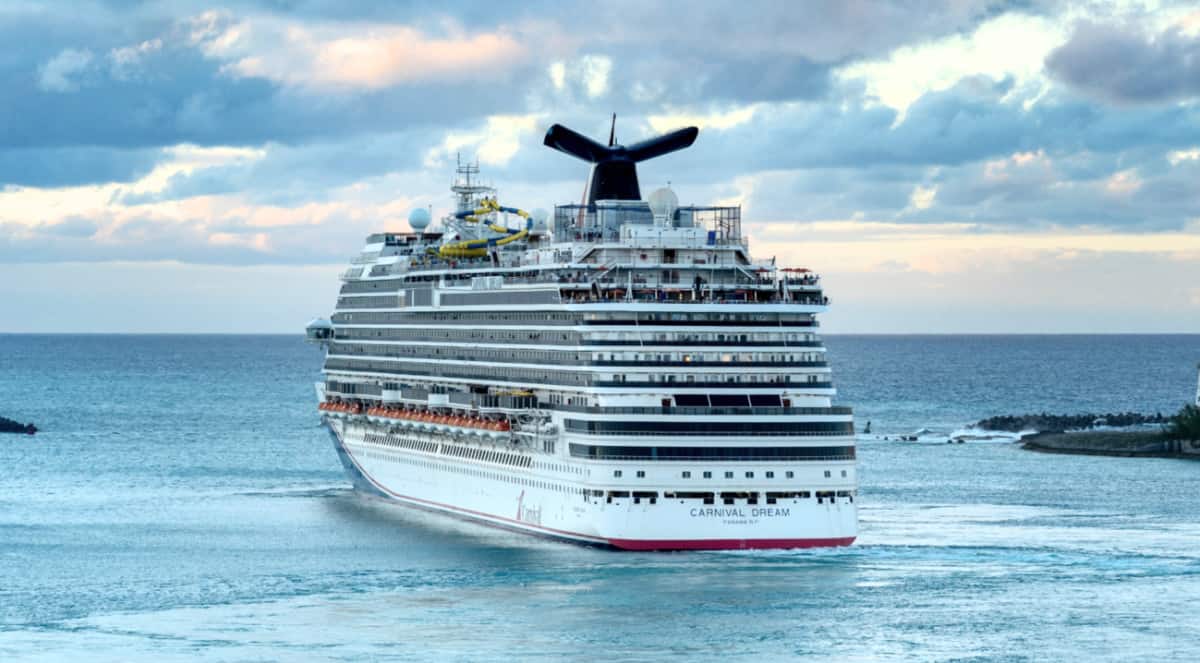 Carnival Cruise Line and many other cruise lines have been dealing with crew shortages on their ships for months. Several US embassies have faced a large backlog of visa applications, preventing crew members from joining cruise ships.

That being said, Carnival Cruise Line has now said it hopes to be able to reach normal staffing levels by the end of the month or early August.

U.S. Customs and Border Protection stepped up and allowed crew members to rejoin ships even though their visas had already expired.

John Heald said the following: “We must acknowledge the wonderful cooperation of United States Customs and Border Protection that allows many crew members from around the world, from the Philippines, Indonesia, South Africa, all over Europe , from India, to come back to work with expired visas, then they renew them while they are on the ship.

Bringing ships back to normal staffing levels means Carnival Cruise Line can reopen places like Cucina Del Capitano, bring back tea time and bring back pizza around the clock, which is currently operates from 08:00 a.m. to 03:00 a.m..

Camp Ocean is increasingly opening up for more age groups

The return of the entire crew has also opened the door to more options for the little ones, including children aged two to five. Camp Ocean is now open to all children in this age range, including vaccinated and unvaccinated children. A change that many parents will appreciate.

Carnival Cruise Line also opens Camp Ocean in the evening, giving parents the chance to dine together romantically and watch a show while the kids munch on nuggets and other treats.

For the moment, the program of night outings is only open to 2-11 year olds; once staffing levels are at full potential, Carnival will also open Camp Ocean for younger children, which includes babysitting services, which many have missed.

Tests and vaccinations are unlikely to go soon

While many European countries have allowed the cruise industry to sail without a test warrant, that doesn’t mean the same will be implemented in the United States. The CDC and the US government dictate the policies in place, and therefore Carnival must comply with it.

John Heald clarifies that the choice is not for the cruise lines: “As a cruise industry, our hands are tied. If we sail from the United States of America from any homeport and travel to the Caribbean, Alaska and Canada , we are required to test everyone before boarding the ship, otherwise the ship remains docked in that home port and the cruise line is not going anywhere and therefore probably ceases to exist .

Many guests also wondered if the vaccination mandate would soon disappear. That too seems to be a long way off.

“As for those of you who have chosen not to get the COVID shot, well, I don’t know when you will be allowed to sail again. We want it. We would love to. But for now, as you had a choice not to take it, we must stick firmly to these rules and respect them, follow them and do everything we can to continue.

Although the end of the personnel issues and the ships operating almost normally again is welcomed by many, those who cannot sail yet will not receive Heald’s updates as a positive.

In the past two weeks, there have been two incidents aboard Carnival Cruise ships, one aboard the Carnival Magic sailing from New York. Another one a board Carnival Exhilaration late Wednesday, July 6as the ship returned to her homeport of Jacksonville at the end of a 5-night sailing to the Bahamas.

According to Heald, these are incidents and should be seen like this: “We’ve taken hundreds of cruises on over 20 different ships, and every one of them has been uneventful.”

“We’ve only had two things happen where people held their iPhones up in the air, recorded it, and sent it. Lots of me. Unless we’re clairvoyant, it’ll never be possible on land or at sea for any security force to prevent something like this from happening.

As things stand, Carnival has handled the situation effectively. Security teams broke up the altercations and local authorities treated those involved. On top of that, these people will never be able to sail on a Carnival Cruise ship again.

“We will not tolerate any behavior that disrupts another guest’s vacation. And those who started the altercation, to put it more plainly, the people involved in those skirmishes will never be able to sail on our ships again. They are banned for life.”

Since the resumption of cruises in 2021 from the United States, Carnival Cruise Line welcomed more than two million passengers aboard its ships. Since July 2021, almost all cruises have been uneventful.

Carnival Cruise Line is an incredibly popular cruise line, which unfortunately also attracts those who are not looking to have fun. It would be a bizarre situation where the cruise line is blamed for the actions others do while thousands of guests disembark Carnival’s ships each week after having the vacation of a lifetime.