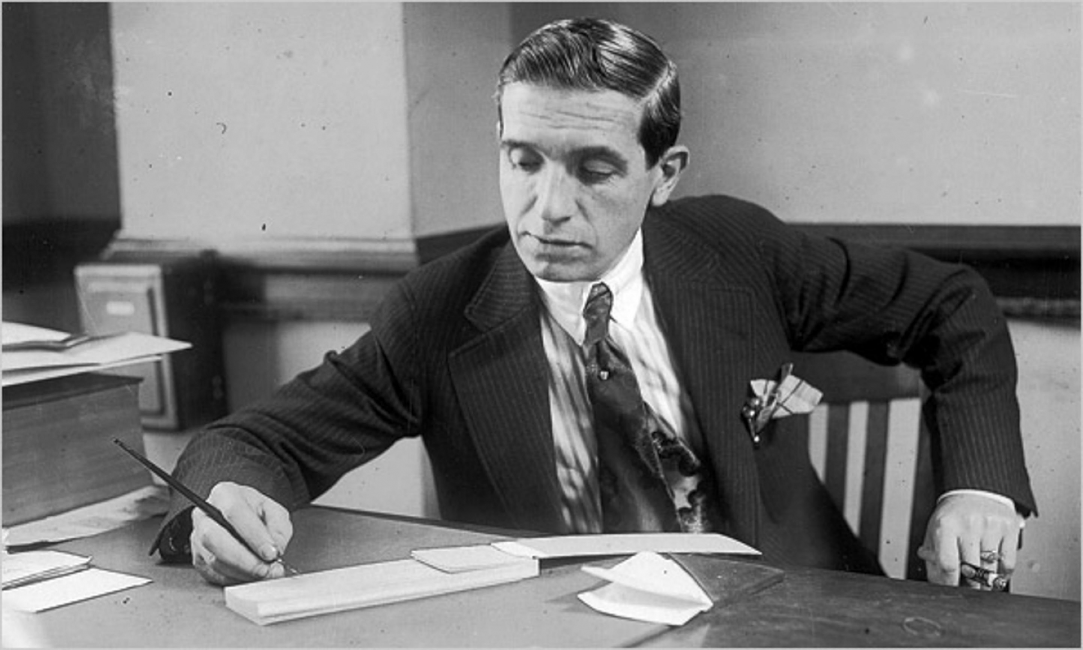 2020 marked 100 years after Charles Ponzi was indicted for what some have called the “fraud of the century”. Indeed, there are not many criminals who have their jobs named after them. But such was the case with the Ponzi scheme, a trust scam that fraudsters continue to commit to this day.

Simply put, a Ponzi scheme is a fraudulent investment scheme in which existing investors are paid with funds raised from new investors. Typically, the program unwinds once the number of new investors decreases, which means there are not enough funds to pay everyone. As for the history of this particular scam, it actually predates Charles Ponzi, with the earliest known ploys of this type dating back to the second half of the 19th century.e century in the United States and Germany. Charles Dickens even described such a pattern in his 1857 novel. Little Dorit.

Charles Ponzi was born in Lugo, Italy, in 1882. At the age of 21, having previously worked as a postman, Ponzi decided to leave for the United States in search of a better life. with only $ 2.50 to his name, having gambled the rest of his money on the ship.

Arriving in the United States, Ponzi quickly moved to Canada, where he became an assistant cashier at the recently established Banco Zarossi in Montreal. It was there that he first witnessed what would later become known as the Ponzi scheme. The bank was in serious financial difficulty because of a number of mortgage loans gone bad. As such, founder Luigi “Louis” Zarossi attempted to stay afloat by funding interest payments using client deposits from newly opened accounts. The bank went bankrupt, however, and Zarossi fled to Mexico with much of the bank’s money.

Falling into a rough patch shortly after the bank failed, Ponzi then attempted to forge a check he made in his own name and was duly arrested and jailed in Canada for nearly three years. Upon his release in 1911, he returned to the United States, where he became involved in a new criminal scheme to smuggle illegal Italian immigrants across the border. But again, he was caught and jailed for another two years.

By 1919, Ponzi was living in Boston, where he began to devise various plans to make money. It was here that he discovered the international reply coupon (CRI) for the first time. Created by the United States Postal Service (USPS), this coupon allowed a shipper to pre-purchase postage and include it in the letter being sent. The recipient in another country could then exchange the IRC at a local post office for airmail postage stamps that could be used to send the reply correspondence. According to Ponzi’s autobiography, he first met IRC in a letter he received from a business correspondent in Spain who bought the coupon for 30 centavos. In the United States, the same IRC could be traded for five cents, much more than its value in Spain, especially with the weakening of the Spanish peseta against the dollar at the time.

As such, Ponzi realized that buying massive amounts of coupons from weaker European economies and reselling them at higher prices in the United States could earn them huge sums of money. Indeed, Ponzi claimed at the time that such a program could generate net profits of up to 400%. Of course, this method of arbitrage – whereby an asset is bought in one market and sold in another market at a higher price – was completely legal and remains so today. And if Ponzi had simply confined himself to such an operation, he would have remained unharmed.

Instead, however, he turned his business into a scam, setting up his brokerage firm in early 1920 and persuading people to invest in the business in exchange for an additional 50% interest within 90 days. . Such attractive returns were too attractive to ignore, and investor interest increased. Ponzi also lied to investors, telling them that he had built up an elaborate network of agents across Europe who could buy the coupons wholesale for him and that he could easily turn those coupons into financial gains in the United States. United.

Ponzi, however, did not use this growing body of new investor funds to buy more IRCs, but instead kept some of the money for itself and paid the rest to long-time investors. , many of whom were so thrilled with their returns that they reinvested their earnings back into the Ponzi scheme, inadvertently helping to keep the scam going. Whenever he was asked to reveal the inner workings of his operation, he simply said he had to hide this information from the public to prevent the emergence of competitors.

But as Ponzi enjoyed a meteoric rise in wealth and fame, suspicion about its transactions soon followed. He sued a financial writer for claiming that he could not guarantee such high returns over a short period of time. And although he won the case because the writer failed to prove his claims, Ponzi began to come under scrutiny. Another unsuccessful Ponzi lawsuit by a Boston furniture maker only left more eyes on how the Securities Exchange Company works, including those of The Boston Postthen-editor Richard Grozier, who asked reporters in July 1920 to investigate Ponzi.

Financial reporter Clarence Barron questioned the legitimacy of the Ponzi scheme in an article in the Boston Post in July 1920.

One reporter, financial reporter Clarence Barron, discovered that Ponzi itself was not investing in its so-called program, despite offering its clients such exorbitant returns. Instead, Ponzi previously told reporters that he invested his own money in real estate, stocks and bonds, which begged the question: why does he prefer traditional assets that would earn him 5% of maximum return on its own program which claimed to offer 50% return? Barron also calculated that to cover the volume of investments made through the Ponzi scheme, it would have taken around 160 million coupons to be redeemed, yet only 27,000 coupons were in circulation.

Much of Barron’s findings were included in a front page article published by The Boston Post in July 1920. And although many investors have always chosen to side with him, Ponzi must have realized that his scam was slowly unraveling. He hired publicist William McMasters to solidify his public image; but realizing that his client was full of lies, McMasters chose instead to expose Ponzi to the press. â€œThe man is a financial idiot. He can hardly addâ€¦. He sits with his feet on the desk, smoking expensive cigars in a diamond rack and talking complete gibberish about postal coupons, â€was McMasters’ assessment of Ponzi as reprinted in James Walsh’s book. You can’t fool an honest man.

The following month, the Ponzi scheme was raided by regulators. An audit of his business revealed that he was in possession of a total of $ 61 in postal coupons. The To post also published another front page article on Ponzi, this time detailing his criminal activities in Montreal and his role at Banco Zarossi. Ponzi eventually surrendered to authorities and was charged with postal fraud by the federal government. He served three and a half years in prison plus nine more years on state charges. After serving his full sentence, he was deported to Italy upon his release and spent the rest of his life in poverty. He died in Rio de Janeiro, Brazil, in 1949.

While Ponzi was certainly held accountable for its actions in the end, its example has not stopped others from carrying out similar projects for the hundred years or so since then. The most recent – and perhaps the most notable of all – was the Ponzi scheme led by Bernard Madoff, who again used new investor funds to pay existing investors in his investment firm. In 2008, Madoff was convicted of his scam and sentenced to 150 years in prison. He passed away earlier this year.

Despite decades of gap, however, the similarities between the two programs run by Ponzi and Madoff are quite remarkable. Both offered their clients guarantees of high and constant returns with little risk, whatever the market conditions; both have survived for long periods of time by their creators claiming that they were too complex in nature to explain and that revealing too much would erode returns due to the entry of competitors into the market; and eventually, both collapsed when the number of investors wishing to withdraw their money was too large for the plans to cover their claims.

Here is a great documentary to watch on Charles Ponzi

Brooks Automation to unify its services under Azenta Life Sciences