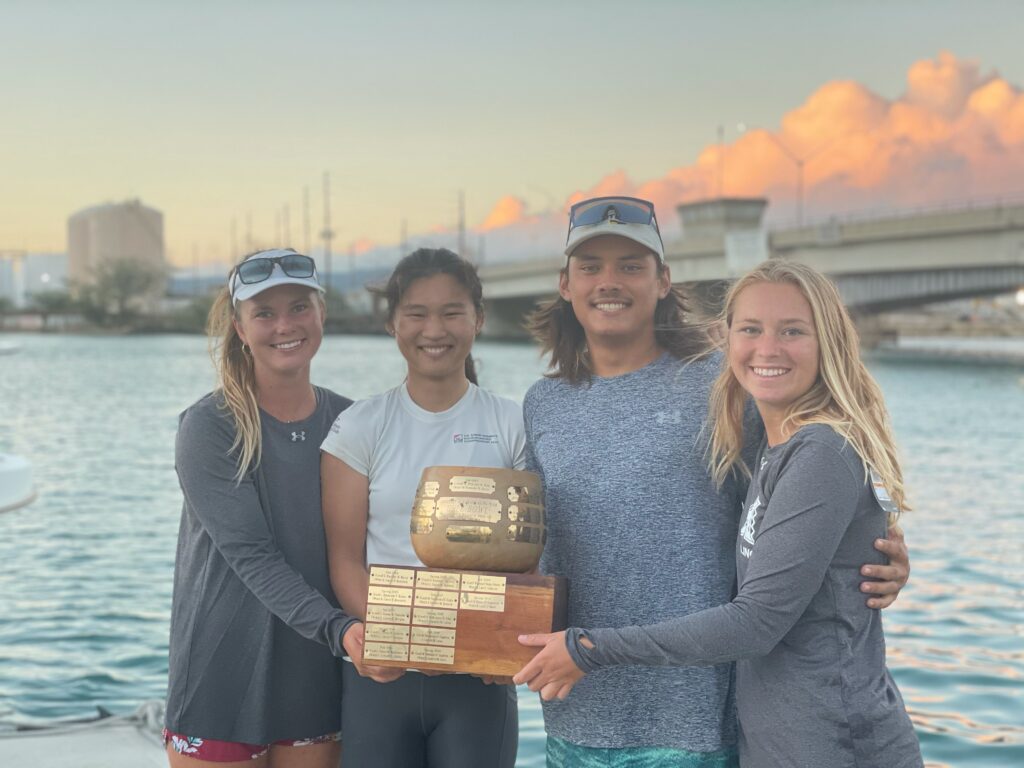 After a fall season in which the University of Hawaii at Manoa reached second place in the Pacific Coast Conference of the Inter Collegiate Sailing Association, rookie Mercy M. Tangredi from Coronado was honored with the Dole Bowl as the best skipper of the women’s university team.

A Coronado High School graduate in the 2021 class, Mercy sailed all four years at CHS and was elected team captain for the 2020-2021 seasons as well as junior commodore of the Coronado Yacht Club. As a varsity athlete at the CHS, she was a member of the National Honor Society. Two other Coronado sailors from the UH varsity team are Sophia Schaeffer, also CHS class of 2021, and Trey Summers, CHS class of 2020.

At UH, Mercy is majoring in physics with a minor in computer science. On Team Hawaii, she captains a two-person Flying J sailboat, the competitive standard for West Coast colleges, with Kelsie Grant of Palos Verdes, Calif., As the crew.

Presented annually since 2002, the Dole Bowl is â€œawarded to the best mixed and women’s teams after weekly intra-team regattas throughout the semesterâ€ as well as in intercollegiate competition. The award is named after former UH Head Coach and College Sailing Hall of Fame inductee Charlie Dole. Dole is also a famous name in Hawaiian history.

According to Sailing World, UH “has had a very strong recruiting year” in 2021 and is expected to be competitive in a Pacific conference previously dominated by Stanford and UC Santa Barbara, and a potential contender for the University Nationals taking place in the spring semester. . . UH last won the US National College Championship in 2004 and it is far too late.

Be civilized. Comments will be deleted if they violate our T & Cs. Comments closed after 14 days.