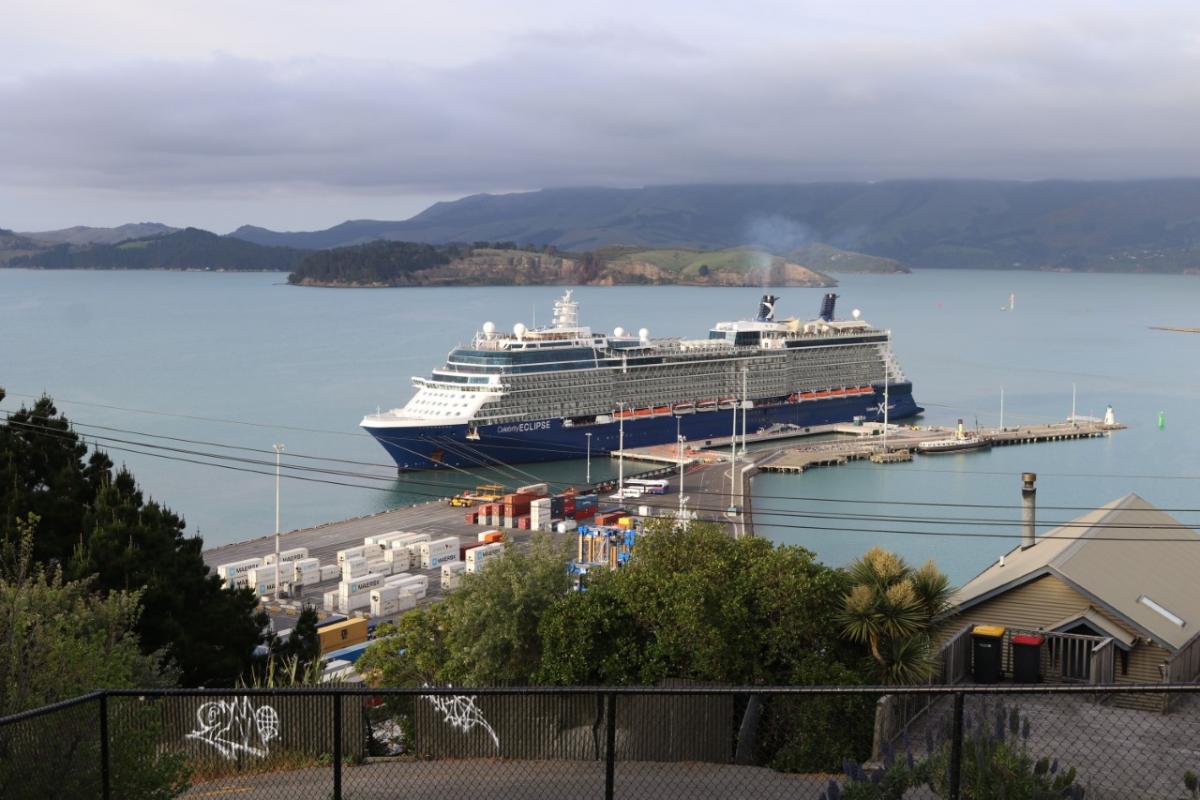 More than 200,000 cruise ship passengers and crew are expected to call at Christchurch this season, contributing around $260 million to the local economy.

No large ship has docked in Whakaraupō Lyttelton Harbor since earthquakes destroyed the previous berth.

Tracey Wilson of ChristchurchNZ said: “We have so much to be proud of as a city, much of which has been regenerated, and we want to encourage our visitors to appreciate all we have to offer and to return.

“New Zealand – it’s a lovely place, it’s beautiful. It’s like the Lake District in England and very much like Scotland too. It was wonderful [so far],” they said.

“There are more people in Lyttelton, which is good. It’s a port town so people should expect [cruise ships]. Just like the Sail GP, there will be a few hiccups, a few things will go wrong…but it should be good for business,” he said.

Alana was just working along the main road at Henry Trading.

There had been a buzz around the port suburb, but not everyone was excited about the return of cruises, she said.

Newly elected Banks Peninsula councilor Tyrone Fields said the environmental impact of cruises was on the minds of locals.

Covid-19 had also become part of the kōrero after another Lyttelton-bound cruise ship, Ovation of the Seas, confirmed it had more than 130 positive cases on board.

“There are a few people who are self-isolating, they might have something, a virus, but there hasn’t been an official announcement at all, so everyone does what they want,” John said. .

“But if you sit next to someone and you sneeze, they’ll go sit in the cabin next door, or even on the deck next door.”

Karin said they did not know if there were any cases of Covid-19 on board.

“Everyone takes slight precautions, in other words, they are reasonable.”

Celebrity Cruises declined to comment in person, but sent RNZ a written statement.

“In the event that any of our guests or crew members test positive for Covid-19 on board, a robust, multi-tiered response plan is in place and has been developed with advice from local authorities and leading public health experts,” he said.

All crew members and passengers over the age of 12 also had to be vaccinated to board the ship.

But there was no comment on whether there were any cases of Covid-19 on board the Celebrity Eclipse.

Christchurch Mayor Phil Mauger said he was confident in the ship’s Covid-19 protocols.

“From what I hear, the systems [the crew] have put in place on board will keep it well under control, I hope.”

The Celebrity Eclipse would dock in Wellington on Friday.

The beryllium market is expected to reach a notable CAGR of 8.5% and