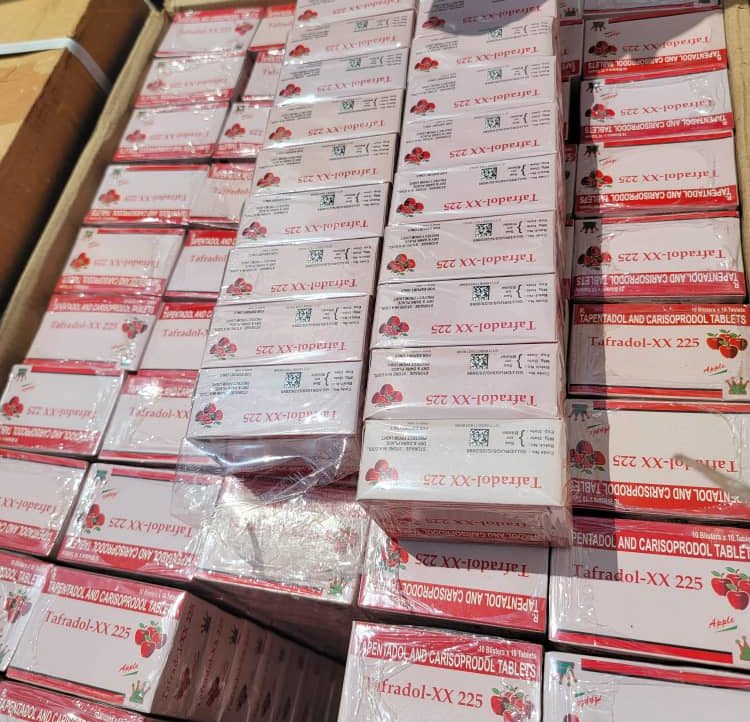 Less than a week after destroying 48 containers of tramadol, codeine and other mind-altering drugs, the Nigeria Customs Service (NCS) on Thursday intercepted 1.4 billion naira of banned drugs concealed with cooking utensils at the port from Apapa, Lagos.

According to the Service’s Apapa Command, the cartons of the banned substance were concealed in a container containing items such as food bottles and other cooking utensils.

Speaking to reporters on the seizure, the Customs Area Controller (CAC), Compt. Yusuf Malanta, explained that the container which was used to conceal the contraband was declared as containing kitchen utensils.

He said: “On July 21, 2022, acting on incredible intelligence, our officers successfully intercepted a 1 in 20ft container with number SUDU-7538656 manifesting as 272 cartons of stainless steel hotpots. It was captured and declared as cooking appliances, measuring/verifying instrument and oven burners to evade arrest.

“For the avoidance of doubt, our action to seize this container is in accordance with the provisions of Sections 46 and 47 of the Customs and Excise Management Act (CEMA) Cap 45, Laws of the Federation of Nigeria 2004.”

The customs boss, however, appealed to stakeholders to stop the importation of illicit and hard drugs into the country.

He said: “I call on all stakeholders in the commercial supply chain to always respect the rules in force. It is pertinent to reiterate our resilience by ensuring that the importation of these illicit hard drugs is detected, seized and turned over to the appropriate agency for further regulatory action.

“Furthermore, I would like to use this medium to advise importers and agents to familiarize themselves with the import/export prohibition guidelines to protect the country’s economy and security,” he said.