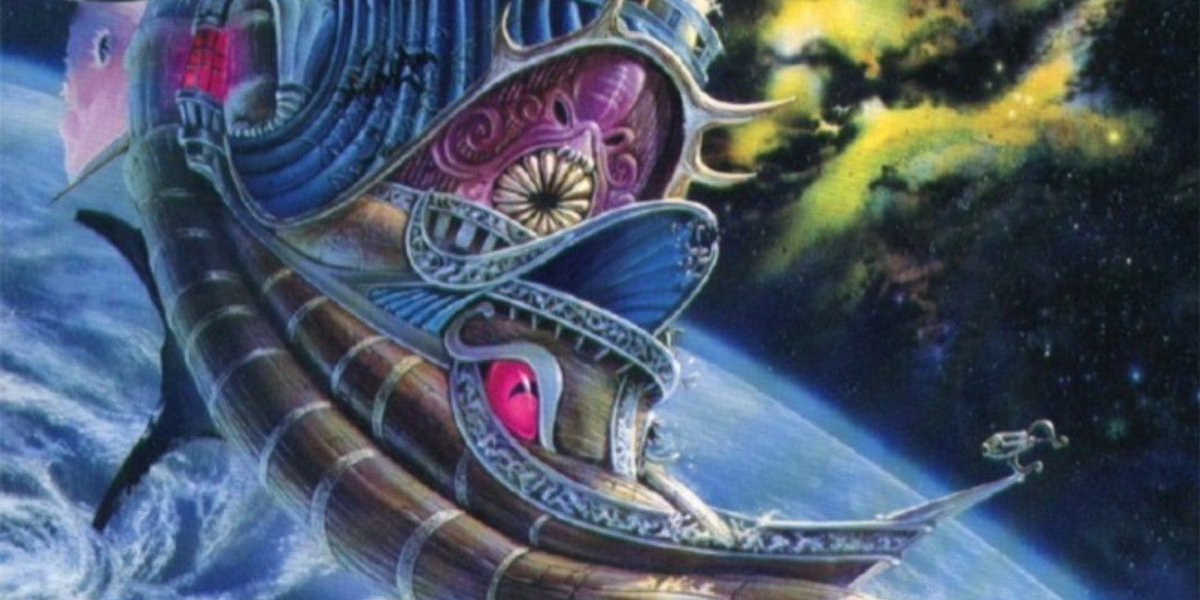 Wizards of the Coast has said that D&D will revive two classic settings next year. Here’s why we want Spelljammer and Dark Sun in the Fifth Edition.

The past year has been huge for Dungeons & Dragons Fifth edition, with more sales than ever in the midst of a global pandemic. To celebrate, Wizards of the Coast released an infographic looking back at the products of 2020. Buried in the middle of that celebration was a match that the game would revisit two other classic game settings in addition to this year’s one. Van Richten’s Guide to Ravenloft. The company then confirmed that the two would arrive in 2022, putting a date on what was previously only speculation.

Now fans are speculating on the settings D&D could review next year. While Greyhawk is an obvious choice (created by illustrious Gary Gygax himself), it’s also quite similar to what’s already available in 5th. Any Dungeon Master can adapt the many details available for Forgotten Realms to fit a classic sword and wizarding adventure. Here are two that would do the trick.

RELATED: D&D Desperately Needs a New Term for ‘Race’ – But What’s the Alternative?

Combining science fiction and high fantasy is not easy. The game’s cosmology is made up of drastically different settings, each with their own interplanar physics quirks, and players typically travel between planes by magic without needing outer space or even plotting different locations on a map. However, Second edition‘s Spelljammer succeeds.

Spelljammer solves the travel problem through the use of “crystal spheres”, each of which contains its own solar system. Planes can operate according to their own rules within their spheres, while allowing the possibility of traveling between them using traditional sailboats equipped with “anti-spell bars”. These allow them to soar in the sky and beyond to the stars themselves.

Players have requested that Spelljammer be presented to 5th since the release of the first parameter reference book. Wizards threw a bone at them with the Dream of the Blue Veil spell added in Tasha’s Cauldron of Everything, but it is not a replacement for the previously filled Spelljammer niche. It’s not just a way to travel between different campaign settings; it is the simultaneous fulfillment of dreams of sci-fi and fantasy exploration, venturing deep into unknown depths and facing the weird and the afterlife. What else D&D only that?

While Spelljammer accomplishes far-reaching space adventures, Dark Sun offers a post-apocalyptic take on an otherwise traditional fantasy. The setting takes a look at the continent of Athas, which was beautiful and fertile before being devastated by a magical catastrophe born out of arcane greed. This original sin means that most of the inhabitants of the plane vilify arcane magic, making psionics much more common than in other contexts. Most of the world is a barren wasteland, and the stories told there are defined by despair. Athas is a world that is difficult to survive in, a fact that is made clear with every rambling underdog and sunken ruin in the game’s setting.

Bring the dark sun to 5th would also be a chance to do good to his fans. The frame was never officially set to Third edition, only maintained by third parties via the Open Gaming license. It was brought to Fourth edition by wizards, but 4th himself was a huge disappointment to D&D players as a whole. Putting Dark sun in Fifth edition would finally give him a chance to shine in front of the game’s many new players.

Dark Sun contrasts with what D&D generally is. It is dark where other settings are bright and dark where they are normally sunny. However, each sourcebook published for Fifth edition is a chance to give players and DMs different and more diverse tools to create memorable experiences – and there’s no better option for that than Dark sun.

KEEP READING: Dungeons & Dragons: How to Prepare for Full-Scale War

Alexander Sowa is a journalist, poet and student. He lives in Toronto and is currently studying in the Journalism program at Ryerson University. Armed with a passion for television and film, he works as a report / report writer at Comic Book Resources. He enjoys superheroes, slam poetry and Magic: The Gathering. You can find him on Twitter at @alexpaulsowa