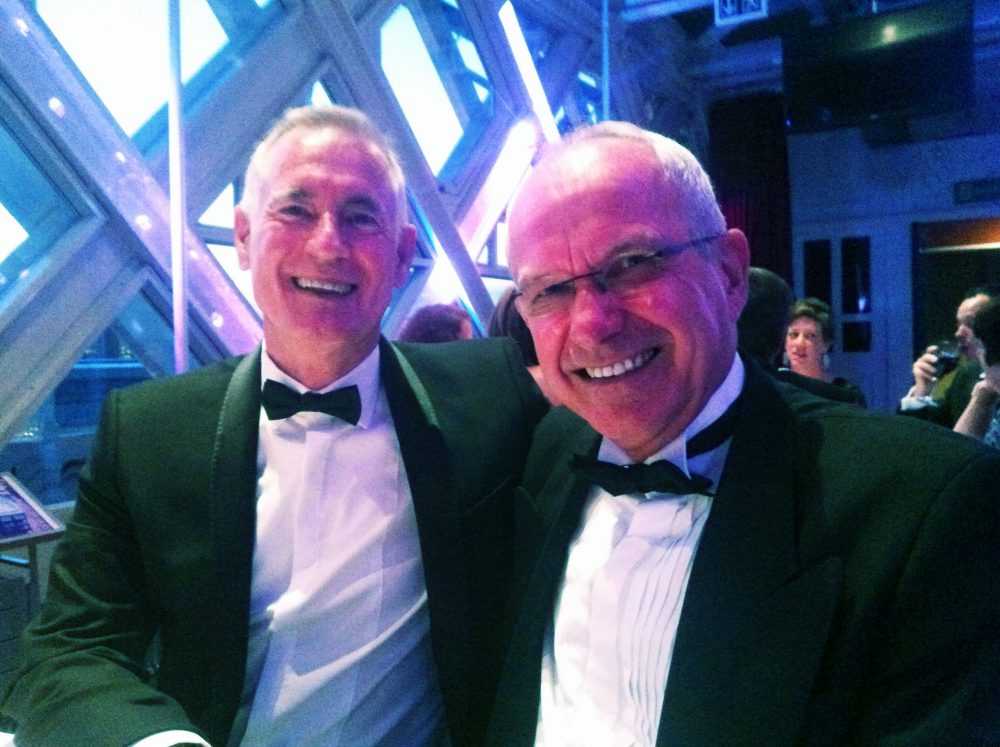 THE FORMER CEO and businessman of a charity, Tom Flood, is the president-elect of the Dorset Community Foundation.

Tom, who took the helm of The Conservation Volunteers over a 26-year career, got involved in the community foundation when he established a youth support fund in memory of his late partner Paul Cornes.

He will replace Jeremy Mills in December and is one of four new directors to join the community foundation since late last year.

“I want to thank Jeremy Mills for all the support and encouragement he has given me over the past few years. His contribution has been enormous.

“I am extremely proud and honored to be invited to be the President-elect because my personal interest means I would like this organization to be a true shining light of Dorset. With the arrival of new directors, we have a great opportunity, with the caliber and experience of these people, to do so. “

Mr Flood, who also had a career in sales at 3M, moved to Dorset in 2012 with his partner, who was a strong advocate for youth education. Mr Cornes was diagnosed with prostate cancer in 2017 and died last year.

“Paul always told me to aim high and go for it. He’s the reason I’m involved, and that’s the reason I will approach this with total passion and professionalism because I couldn’t let him down.

The avid sailor will combine his new role with his ‘day job’ as skipper of the former 72ft BT Global Challenge yachts for the Tall Ships Youth Trust.

Mr Standing, who spent 31 years in the fire and rescue service, ending his career as Gloucestershire Fire Chief, He only started sailing 12 years ago but is now a qualified yacht master.

“I’m quite late to sail, but usually when I get involved in something I like to do it.

“I’m at sea ten or eleven months a year, but I manage to fit the work for the Dorset Community Foundation into that too because I want to make a difference.”

While in Gloucestershire he became involved in community foundation there and was eventually appointed vice president. He therefore knows all their qualities.

“We are that golden thread that connects the rich in the county with those who are underprivileged through a range of charities and individuals, so I see it as the number one place to support communities.”

New trustee Deb Appleby also knows the value of community foundations after serving as Executive Director of Quartet, the Community Foundation of South Gloucestershire, Bristol and Bath and North Somerset.

She also trained in local government after a stint at Dorset Council and was also involved with the Surrey Community Foundation and a major national charitable donor.

Last year, she stepped down from her last role but responded to a call for volunteer reviewers for Dorset Coronavirus Community Fund grants last March.

“I believe in community foundations because they have a unique ability to match funders who care about their local community with people who roll up their sleeves and do something about it. “

When Louise Coulton and her husband Rob bought a holiday flat in Southbourne six years ago to take a break from life in London, she had no idea it would lead her to become a trustee in her adopted county.

“We started going down on a Saturday and coming back on a Sunday. Then it went down on Friday, then it went back on Monday, we spent more and more time here. Three years ago we sold our house in London and moved here permanently.

After a 25-year career in financial services, 14 of which in compliance, starting with the Financial Services Regulator, she said she can use her experience to help the community foundation.

“I want to do something where I give something back where I can actually use the skills I have developed to really help people’s lives and help improve the community.”

Mr Robson said of the new additions to the board:

“It’s a very difficult time for the voluntary sector, but it’s also exciting for us to bring all of this experience and knowledge on board. The responsibility we have to the communities of Dorset is greater than ever, but having such energy and expertise behind us will be a huge asset. “

To learn more about the work of the Dorset Community Foundation, visit: dorsetcommunityfoundation.org.