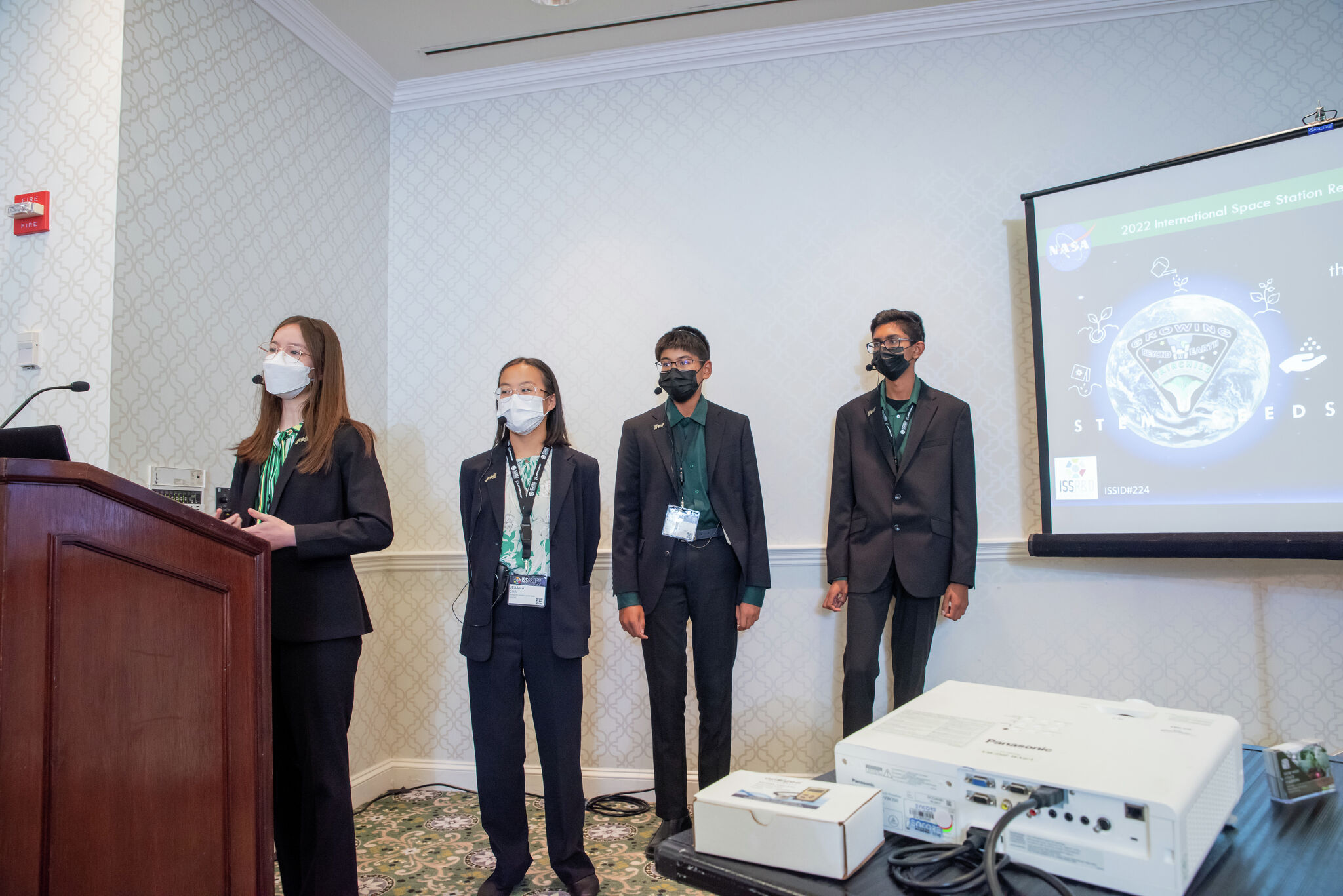 On August 29, the National Aeronautics and Space Administration (NASA) will launch an unmanned spacecraft, named Orion Spacecraft, to the Moon.

This launch signifies the revisiting of the moon since 1972 and is the first step in NASA’s Artemis program whose goal is to land the first woman and first person of color on the moon. The success of Artemis will bring more scientific discoveries, economic benefits and inspiration for a new generation of explorers.

Preparing astronauts to grow some of their own food during human space exploration, NASA researchers have conducted plant experiments on the International Space Station (ISS) for decades. Having fresh vegetables in orbit has become more promising since the first vegetable, red romaine lettuce, was eaten aboard the ISS in August 2018. That same month, a group of students from Midland Public School (MPS ) was inspired to learn space botany. .

Two years later, they established two Space Farming Clubs in the MPS District and contributed to the effort of selecting optimal space plants to grow in orbit and on long-term space missions through their original research on space botany.

On July 27, four Dow High Space Farmers Club representatives, Margaret E. Hitt, Jessica Chai, Nimai Patel, and Aaron Li, presented their latest space botany research and STEM projects at the annual Research and Development Conference. from the International Space Station in Washington, D.C., titled “Harvesting STEM Seeds Through Multiple Use of the Growing Beyond Earth Program”. The conference brought together international astronauts, engineers, researchers, scientists and STEM educators to review research results from the ISS over the past decade and to discuss the future of research in space and commercial enterprises.

Their research is supported by the Growing Beyond Earth (GBE) program: a NASA STEM education initiative run by Fairchild Tropical Botanic Garden in Florida. The GBE program provides students in grades 6-12 nationwide with simulated NASA growth chambers and workshops to research space botany in their schools. Four vegetables were studied on the ISS due to recommendations made by GBE participants, including dragon lettuce, extra dwarf pok choy, chili pepper, and Cherry Belle radish plants.

Dow High Space Farmers experimented with six different LED light treatments on growing radish plants in an ISS-simulated growth environment. They found that the amount of light had a significant impact on plant biomass production while the quality of light determined the size and nutrient values ​​of radish plants. They also found that the most energy-efficient treatment was, coincidentally, also the one that returned the space’s optimal nutrients – high concentrations of potassium, magnesium and calcium and low concentrations of iron.

“It was a surprise to me that low iron makes for a better (space) plant. I’ve always been told to increase your iron level and we grow plants for that,” Phillippia Simmons commented. , Director of NASA Payload Operations.

“Yes, that also surprised us; I would not have considered light spectra to have effects on plant nutrient content before conducting our GBE experiments. Although iron is important for hemoglobin content in the blood, too much in microgravity would accelerate astronaut bone (mass) loss,” Margaret Hitt explained in the Q&A portion of the presentation.

Through their multi-year participation in the GBE, the Dow High Space Farmers have helped test the viability of several crops and provided data to NASA scientists. Learning how plants responded to similar growing conditions on the ISS also positively influenced how presenters undertook their STEM learning journeys.

Hitt explained how she developed a mathematical model to represent patterns of light intensities in a NASA simulated growth chamber. This model was tested and the average percentage error was less than 5%; which, in turn, helped his team efficiently determine the target light combinations for their radish experiments. From this trip, she learned to never be afraid of making mistakes.

“Everything is a learning opportunity,” Margaret emphasized.

Chai discussed the impact of the GBE experiment on his experiment testing the effectiveness of hand sanitizer, in which six different concentrations of ethanol and isopropanol were tested against the growth of E. Coli bacteria. The experiment would not have been possible, let alone successful, without the influence of GBE practices such as “Always be sure to make detailed observations!”

Patel and Li emphasized the importance of testing one variable at a time. They shared their experience writing a chemistry lab procedure for separating sand, salt, and iron from a mixture.

Depending on the property of each substance, “we tested one property at a time like we would in GBE (experiments): we started with magnetism, then filtration, and finally distillation,” Nimai explained.

During the Q&A session, encouraging words and laughter filled the room. There was no break to ask questions of the audience; some stayed afterwards for follow-up questions and to exchange business cards.

“Plants are what allow us humans to be explorers,” says Dr. Anna-Lisa Paul, professor of horticultural science at the University of Florida and recipient of the 2022 ISS Award for Evidence-Based Research. plant science, in his recent interview with the ISS. Scientific Forum program.

Dow High Space Farmers began their exploration of the possibility of growing plants on Mars four summers ago, dove into the unknown (how space affects plant growth) and harvested STEM “seeds” during the conference.

To learn more about the Dow High Space Farmers, visit their website: dowhighspacefarmers.org