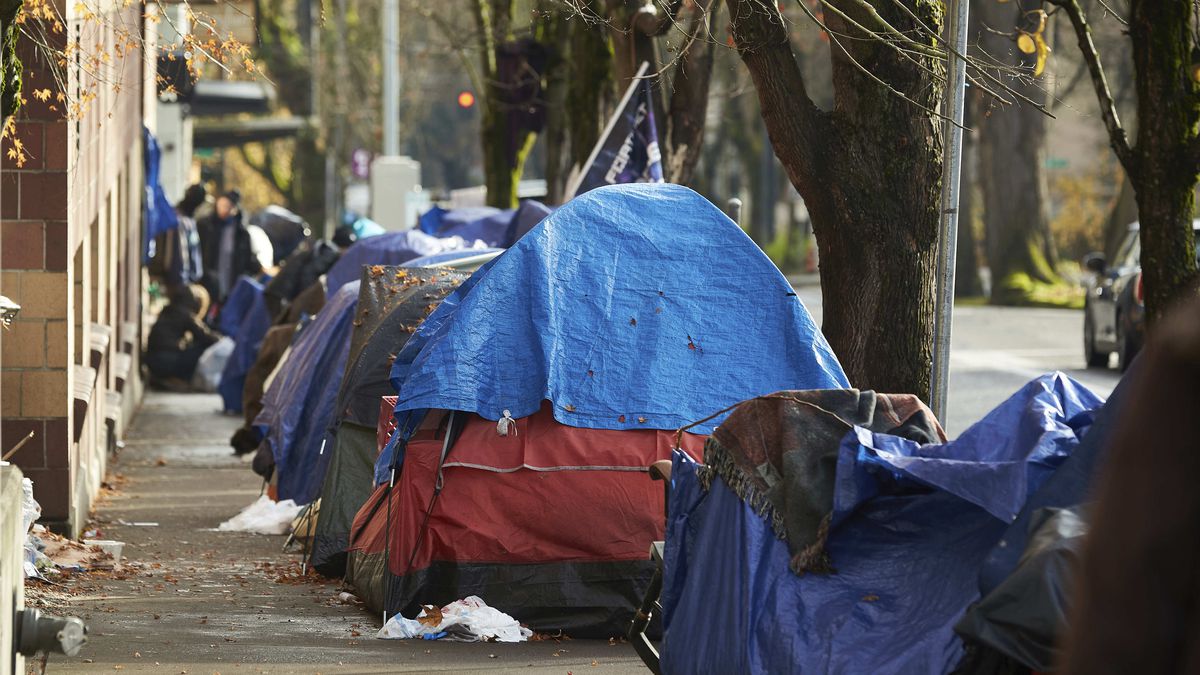 Republican Oregon gubernatorial candidate Christine Drazan on Monday called for a declaration of a state of emergency on homelessness in the state as she seeks to distinguish herself in a three-way race.

Drazan’s unveiling of his proposed state of emergency was included in a roadmap of campaign issues. Much of the plan released Monday contains items the former Oregon State Rep and House Minority Leader has previously discussed, such as repealing Measure 110, the 2020 ballot measure. which decriminalizes the possession of small amounts of hard drugs, including methamphetamine and heroin.

Drazan named homelessness a top priority in his campaign and said declaring a state of emergency would “break down bureaucratic barriers so people can start working together more effectively.”

“We have the opportunity right now with a lot of different stakeholders putting a lot of money into this issue,” Drazan told The Associated Press. “But what we’re missing is really a central point of focus and leadership that can merge all of these efforts.”

Drazan’s campaign said the emergency declaration would “accelerate the rollout of addiction and behavioral health supports and provide additional funding where needed.”

Drazan’s release makes no mention of abortion. The issue has become a potential liability for GOP candidates following the Supreme Court’s decision to remove constitutional protections against abortion by overturning Roe v. Wade. A majority of Oregon voters support abortion rights and Drazan is pro-life.

Drazan is among three candidates for governor in Oregon’s November ballot. She is running against Democrat Tina Kotek, former Speaker of the State House, and unaffiliated candidate Betsy Johnson. Johnson served as a State House and Senate Democratic lawmaker from 2000 to 2021 before resigning and leaving the party to run as an independent.

Struggling with intersecting housing and homelessness crises, Oregon lawmakers earlier this year approved a budget that includes $400 million to address the two issues amid growing numbers of homeless people. throughout the state.

Portland declared a state of homelessness emergency in 2015 and has extended it five times since then. The measure, which is now due to expire in 2025, reduces bureaucracy surrounding the establishment of homeless shelters.

Despite the city’s emergency measure for years, the estimated number of homeless people has increased by 25% in the Portland area between 2020 and 2022, according to point counts reported to the Department of Housing and Urban Development. Further south on the California state line, largely rural Jackson County saw a 72% increase over the same period.

Oregon’s homelessness crisis has been fueled by a housing shortage, the coronavirus pandemic and the highest drug addiction rate of any state in the nation. Federal data from the latest National Drug Use and Health Survey found that 9% of teens and adults in Oregon suffered from illicit drug use disorders in 2020.

The state has struggled with a debate over how best to reduce homelessness. Some business groups have called for more encampment sweeps and tougher enforcement of anti-camping orders, while others want more investment in social services and affordable housing.

Homelessness and housing are also major issues for Oregon’s other two gubernatorial candidates.

Kotek, the Democratic candidate, said she would form a special emergency management team to work on the issues, in addition to issuing an executive order on her first day in office to create a 10-year plan to build more homes. in urban and suburban areas. and rural areas.

In 2020, while a speaker at Oregon House, Kotek also called for a statewide declaration of emergency for homelessness. Drazan was the House Republican Minority Leader at the time during a short session that adjourned early and marred by political tensions after Republicans in the House and Senate staged a strike to protest a measure against climate change.

“Instead of helping to find solutions to the housing and homelessness crisis, she pushed her caucus to flee the state and kill almost every bill that was introduced, including the homelessness law,” said Katie Wertheimer, communications director for Kotek’s campaign.

Johnson, the independent candidate, called for more designated camping areas and emergency shelters. Like Drazan, Johnson supports the repeal of Measure 110, which decriminalizes possession of small amounts of hard drugs.

“I will end tent cities,” Johnson said in an email responding to Drazan’s proposals. “We don’t need more plans. We need action from a new governor who will get things done.”

Oregon is a blue state widely known for the liberal city of Portland. But large swaths of it are rural and conservative, and unaffiliated registered voters outnumber Democratic and Republican voters, according to the latest data from the Oregon secretary of state.

Drazan hopes to become Oregon’s first Republican governor since 1987, as the GOP seeks to capitalize on soaring inflation and dissatisfaction with the ruling party.

Claire Rush is a member of the Associated Press/Report for America Statehouse News Initiative. Report for America is a nonprofit national service program that places reporters in local newsrooms to report on underreported issues. Follow her on Twitter.

Best games set in the tropics