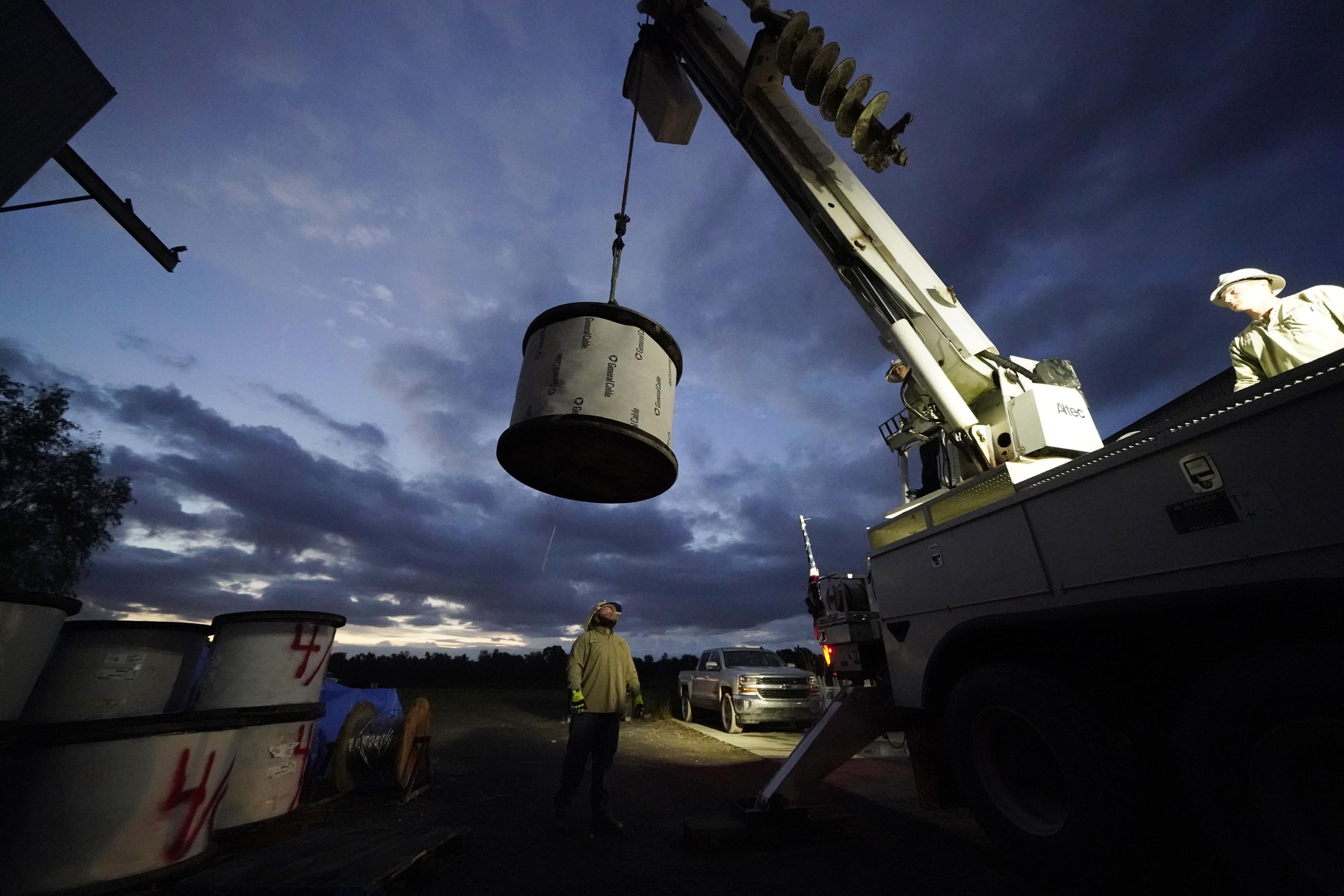 NEW ORLEANS (AP) — Louisiana’s largest power company is asking the Federal Emergency Management Agency for $450 million to make its power grid more resilient, as part of a program to help communities prepare for hurricanes and other extreme weather conditions.

The eight grant applications from Entergy Corp. include three of the four projects that were in a $39.5 million package that was rejected last year. This year, it is submitting each of the three in a separate application, a spokesperson said Thursday.

Some of its projects would protect several south Louisiana substations from flooding, the company said in a press release Wednesday. He said others would reconfigure and strengthen transmission facilities serving Houma and surrounding areas and upgrade distribution facilities in New Orleans and lower Plaquemines Parish to withstand stronger winds.

Company spokesman Brandon Scardiglia said Thursday he could not provide a list of proposed projects with the amounts requested for each because FEMA and the Governor’s Office of Homeland Security and Disaster Preparedness emergencies asked that the details remain confidential.

This year, $1 billion is available.

Entergy’s app covers both Entergy Louisiana, which has 1.1 million electric customers, and Entergy New Orleans, which has 205,000. The utilities also provide gas service.

It took over a week to restore power to all of New Orleans after Hurricane Ida, and much longer to areas closer to Ida’s landfall, including Houma.

“Entergy New Orleans is committed to making proactive investments to build a more resilient grid to ensure our communities are better protected from the impacts of stronger and more intense storms that could disrupt power,” said Deanna Rodriguez, President and CEO of Entergy New Orleans. “Building a power infrastructure strong enough to withstand the increased intensity and frequency of storms is an important decision that must balance affordability, reliability and environmental sustainability.

Last year’s application covered flood protection at substations in the Barataria area of ​​Jefferson Parish, Laplace in St. Charles Parish, and Toomey and Mossville in Calcasieu Parish. This time, Entergy is applying for grants to install flood protection barriers and associated equipment to protect substations in the parishes of Calcasieu and St. Charles, the press release said.

“Entergy Louisiana will continue to focus its investments on building a more resilient network,” said Phillip May, president and CEO of Entergy Louisiana. “As we do, we will work with local, state and federal entities to seek funding opportunities that will ease the burden of these costs on our customers.”

Early access to salaries has reignited interest in Canada