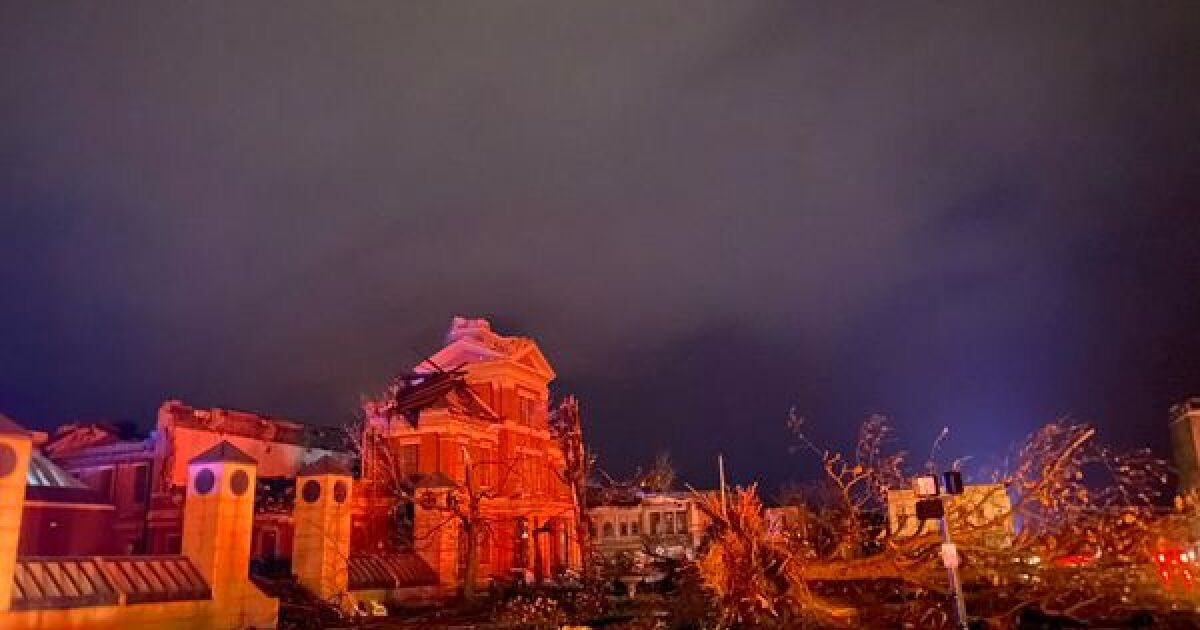 The Kentucky National Guard and Kentucky State Police have been activated to assist affected communities.

According to WPSD Local 6The Graves County Emergency Management Office says a shelter has been opened at Mayfield High School. They also say people who can walk safely can get to Fire Station 1 at 211 E. Broadway Street.

As of midnight, no deaths were reported, but Kentucky State Police said loss of life was “expected.”

KSP Post 1 Mayfield responds to a severe tornado spreading through several counties in western Ky. Extensive damage is reported. Although no deaths have been confirmed at this time, loss of life is expected. Several agencies are responding. Updates to follow.

West Kentucky Rural Electric says power outages in the area could be “long,” as transmission lines are down and there is “widespread damage” to their system. They also add that cell phone towers have been damaged and phone lines are overwhelmed.

Storm watchers say debris was thrown 30,000 feet into the air.

Not quite the kind of records you want to see broken. The Mayfield, KY tornado lifted debris over 30,000 feet into the air. It is one of the most intense records ever recorded. pic.twitter.com/mIkuZzggHC

It is a current situation. More information will be added as it becomes available.