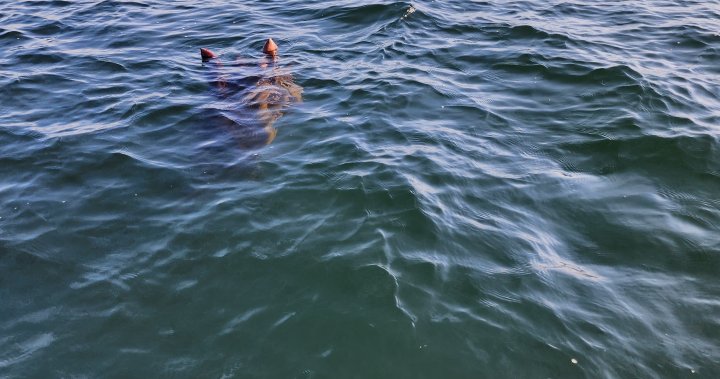 Feel Good Friday: Highlights of the week from Global BC

Every week at Global BC, we spotlight our stories to bring a bright touch to your Friday and the weekend.

Here are the five stories we wanted to share:

Ogopogo or exceptionally large bird? Kelowna couple spot something strange under the waves

Dale Hanchar wasn’t on the hunt for a mythological beast when he cruised Okanagan Lake this weekend.

Now, a few days later, he’s toying with the idea that he may have found one.

It was by far our most popular story of the week.

Starting with the basics and working your way up, participants in this three-day crash course in North Vancouver, BC learned the ins and outs of firefighting.

But for the First Nations Emergency Services Society, the real purpose of this training is to ignite a spark and hopefully attract new recruits to a career in firefighting.

A senior from Kelowna, BC isn’t letting his age get the better of him. At 105, Herb Reimche isn’t slowing down.

Almost every day, Reimche rides his scooter and explores the city he has lived in since 1939.

“There’s nothing else I can do. I manage with a scooter, it’s my life,” said Reimche.

He used to ride alone, until last year when his 80-year-old daughter bought her own scooter.

Variety Week 2022 shows how to help kids across BC

It was variety week on Global BC.

Variety – the Children’s Charity helps thousands of children and families across British Columbia each year with expensive care and resources.

They could not do it without the generosity of British Columbians.

Viewers can donate to help children in British Columbia through Variety by calling 310-KIDS or donating online.

Donations can also be made by texting “KIDS” to 45678 to make an automatic $20 contribution.