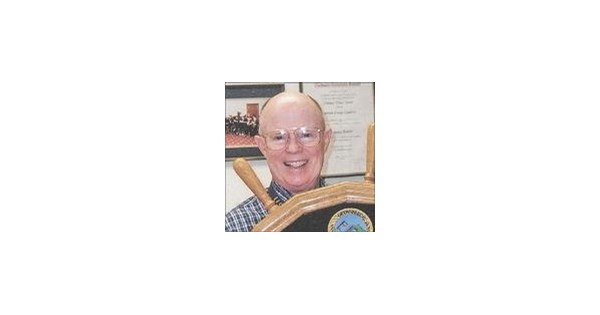 LIPPERT Frederick George Lippert, III, MD Physician, musician, inventor, mentor, avid skier, sailor extraordinary, pilot, gold level dancer, loving husband, devoted brother, father and grandfather, Dr. Frederick George Lippert, III has passed away on November 12, 2021, at the age of 87. Dory, his wife, was with him. Fred was born in Charlotte, North Carolina on September 20, 1934 to Frederick and Phyllis Lippert and was the older brother of Phillip Steven Lippert of Easton, Maryland. Very young, he received his first pair of skis, learned to row, swim in the ocean and sail. As a young boy, several family friends built a children’s airplane cockpit with a sliding door and small wings. The ace pilot, Fred, spent hours pretending to shoot down all the enemy planes. This love of flight saw him learn to fly and own a Mooney plane as an adult. In second grade, Fred fell in love with the trumpet. His father, a naval officer, rescued a damaged instrument abandoned on a ship. Then with a new trumpet he started lessons and as an adult organized and led groups and played the trumpet until he was 80 years old. Music has been a major love throughout his life. In his fifties, he became a gold medalist in ballroom dance competitions. Fred was affectionately called Captain, Doctor, Doctor. Captain referring to his career in the Navy which began at the United States Naval Academy, class of 1956. He served 5 years and then resigned to attend medical school. He attended Robert Larner, MD, College of Medicine, University of Vermont. Dr. Lippert was an intern at the Royal Victoria Hospital in Montreal. He returned to Vermont and completed his orthopedic residency. Fred, still an avid student, traveled to Sweden where he obtained his doctorate. in Biomechanics at the Karolinska Institute. Dr. Lippert has served with distinction as chief of orthopedics at the Veterans Administration Hospital in Seattle and associate professor of orthopedics at the University of Washington School of Medicine. He established the first foot and ankle clinic there. Meanwhile in Seattle, he worried that orthopedic resident education programs did not include enough hands-on training. His vision was to have an artificial plastic bone that could be cut and pierced and look like a real bone. He was able to partner with Foss Miller, an engineer from Seattle to implement this vision. Foss quickly understood what to do. They created the SAWBONES company. The company is now multinational with over two hundred employees realizing Fred’s vision and has grown into a leader in medical education. Dr Lippert’s influence is described on their current website. Dr Lippert was passionate about orthopedic education. For over 30 years, he co-chaired the American Academy of Orthopedic Surgeons for Orthopedic Educators, serving as a true â€œteacher of teachersâ€. The course focused on small group interaction, which led to its success. He was active in the American Orthopadic Foot and Ankle Society and in 1986 co-chaired their first Complete Foot Care course. Fred joined the Navy Reserves and during Desert Storm was called up for active service. He was posted to Base 29 Palms Marine as the sole orthopedic surgeon. Now in active duty, Fred was recruited to serve and accepted the Department Head and the Head of Orthopedic Training at Bethesda Naval Hospital (now Walter Reed National Military Hospital). Upon his retirement in 2004, he received the Legion of Merit award which recognized his exceptional record with orthopedic residents. Fred and his first wife, Nona, have two daughters, Nina DeVore and Felicia Cox, both of Casper, Wyoming, and a son, Todd Lippert of Olney, Maryland. Dr. Lippert’s wife, Dory, was Fred’s girlfriend at the Naval Academy. They met when Dory was only 16 and broke up 3 years later because they were too young to be that serious. Each went his own way, marrying the others and raising their children. They reconnected in 2004 and found they lived five miles from each other. They were married in 2009 in the chapel of the Naval Academy. Unfortunately, in 2011, a bad sandwich resulted in food poisoning causing Guillian-Barre and Fred to be unable to walk. He was a resident of a retirement home for the last 7 years of his life. His enthusiasm for life, for laughter, music and moments of love with family and friends has never been diminished by his poor health. Services for Fred will take place at the United States Naval Academy in Spring 2022. Memorial gifts should be sent on his behalf to the Orthopedic Foot and Ankle Foundation at www.aofas.org/donate. Services “> www.aofas.org/ donate. Services for Fred will be held at the United States Naval Academy in the spring of 2022. Memorial gifts should be sent on his behalf to the Orthopedic Foot and Foot Foundation. ankle at www.aofas.org/donate.