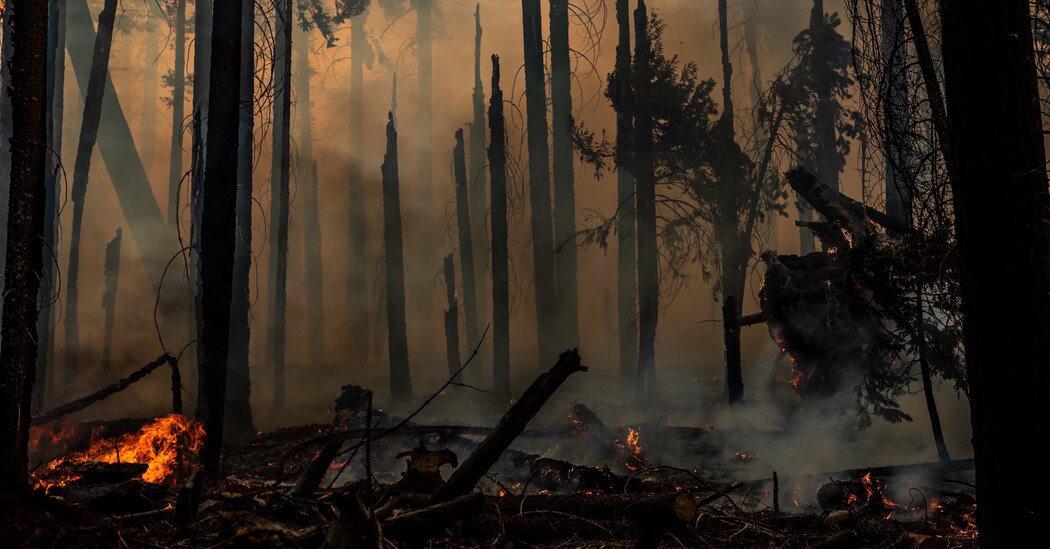 Have wildfires ruined the magic of California?

Billboards invite us to Miami. Great towns are flourishing in Maine. For those of us who are committed to hanging on, our relationship task is to make peace with the smoke. (I have to say, this exercise isn’t for everyone. A recent study found that a month of medium to heavy forest fire smoke – something much of California has experienced over the years. years – increases risk of preterm birth by 20%. of study authors told me, “Wildfires literally make pregnancy dangerous in California.”)

One August afternoon, lying on the deck of my friend Kevin’s cabin not far from Mono Lake in the eastern Sierra Nevada, I thought to myself that I might like, in some kintsugi way, the air of ash-paste. Kevin’s cabin is perfect – was perfect. In the sagebrush, on a dirt road, next to a stream bordered by aspens in the high desert, the hut has everything and nothing: no electricity, no running water. A single 10ft by 12ft room with a sliding glass door overlooking the epic mountain sky. Every summer – often several times a summer – my family would cross the Tioga Pass, go through the cattle guard to Lundy Canyon, undress on the rock next to the swimming hole, dive in and out of the snowmelt, exalted and cleansed. The light shimmered off the aspen leaves like God’s own disco ball. We felt rich every time we arrived.

This year, after jumping in, I told myself that I still felt renewed despite the smoke. It was a lie. The next day we hiked the Twenty Lakes Basin, where you could cliff dive and swim in the melting glaciers. The world here too was not feeling well. The meadows appeared dull green from the drought and ash. It wasn’t California that I first married, but to be honest, I’m not the same person either. Time is a beast. Did choosing to stay here mean a life defined by worry, alertness, and loss?

Sore and eager to escape my own boring loop of depressive thoughts, I met Alex Steffen, a climate futurist, on the back patio of a bar in Berkeley. Steffen, a mountain of a 53-year-old man with a bald head, hosts a podcast and publishes a newsletter called “The Snap Forward”. The idea behind both is that the climate crisis has made us lose ourselves in time and space; we have to get out of nostalgia and face the world as it exists. As he explained to me in his confident baritone, yes California and the world are in bad shape. But the situation is not as hopeless as it seems. “We have this idea that the world is either normal and on-going, or it’s the apocalypse, it’s the end of everything – and neither is true. “, did he declare. That orange sky in 2020? “We’re all like, Wow, the sky is apocalyptic!” But this is not apocalyptic. If you can wake up and go to work in the morning, you’re not in an apocalypse, are you? “

The most accurate assessment, according to Steffen, is that we are “trans-apocalyptic.” We are in the midst of an ongoing crisis, or really a series of related crises, and we have to learn to be â€œnative nowâ€. Our lives will become – or, really, they already are (the desire to keep talking about the present when the future is intense) – defined by “a constant engagement with ecological realities”, floods, dry wells, fires. And there is no withdrawal. What does it mean?