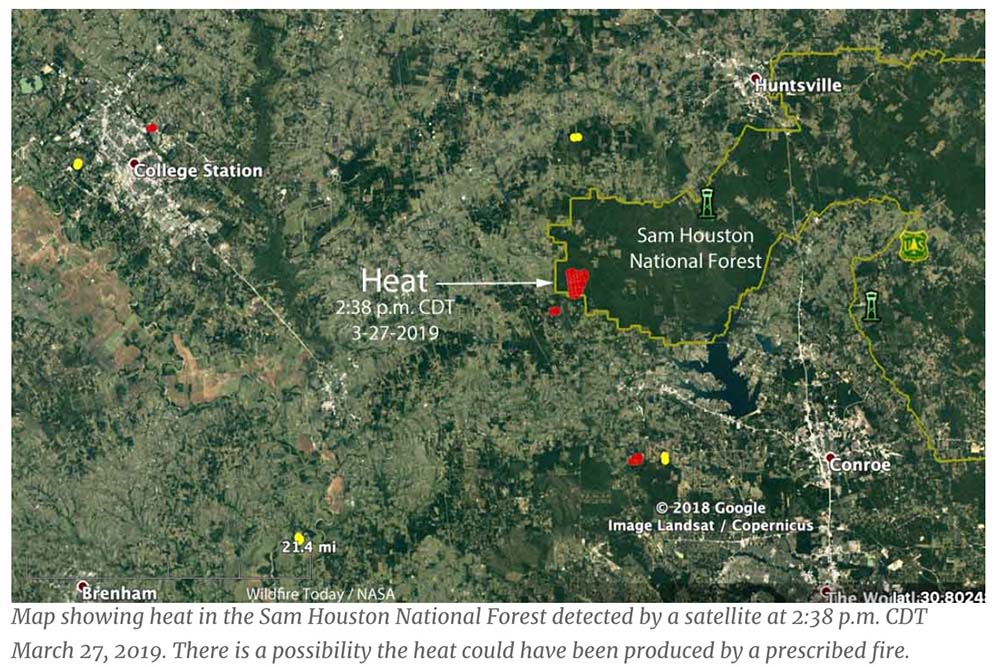 This article was first published on Aviation Fire

The National Transportation Safety Board has released its factual report into the March 27, 2019 crash of an AS350 helicopter during prescribed fire operations in Texas. Three people were on board, a pilot and two firefighters. The surviving firefighter and pilot were able to exit the helicopter; however, the second firefighter was partially ejected and sustained fatal injuries. The pilot sustained serious injuries and the surviving firefighter’s injuries were minor. The two injured were taken to a hospital in stable condition after rescuers pulled them from the wreckage using jaws and airbags.

the firefighter killed was Daniel Laird, crew captain of the Tahoe Helitack in California. He left behind a wife and a young daughter.

Mr. Laird was a US Forest Service employee who, along with the other firefighter and the pilot, was on an aerial lighting mission in the Sam Houston National Forest. Their equipment dropped plastic spheres that ignited after hitting the ground, helping to ignite the directed fire. The vessel came to rest outside the active prescribed burn zone and there was no additional fire caused by the crash.

The pilot and surviving crew member reported that after completing the application of the plastic spheres, they began to fly towards the staging area when the engine lost all power.

Most NTSB accident reports are fairly straightforward, but this report, due to the way it is written, still leaves a little doubt as to the cause of the engine failure. However, there are signs pointing to a loose fuel line.

“The fuel line between the firewall and the hydro-mechanical unit (HMU) was loose and the required safety cable was not installed,” it says, and no other anomalies were found. It does not say if the fuel line was loose enough to cause the engine to lose power.

From the NTSB report:

Federal Aviation Administration inspectors at the Houston Flight Standards District Office interviewed Mountain Air’s maintenance manager, who said that on February 14, 2019, the USFS requested to validate the helicopter’s weight and balance. The helicopter was emptied of fuel, requiring the disconnection of the main fuel line. After checking the weight and balance, the main fuel line was reconnected. The maintenance manager had another mechanic verify that the fuel lines were reconnected, which was reportedly accomplished. The mechanic who performed the work informed the operator that he was “convinced” that he had tightened and secured the line. There was no further maintenance work involving the opening of the fuel line after that day. On February 23, 2019, the helicopter engine failed to ignite and the igniters and/or engine ignition box were replaced. A review of maintenance records revealed that the helicopter flew approximately 24.9 hours after weight and balance performed on February 14, 2019.

On March 25, 2019, the pilot reported to management that the fuel pressure light had “blinked” during a flight “a few days prior”; the pilot turned the fuel pump on, turned it off, and the light never reappeared. The pilot was advised to monitor the situation and report if it happens again.

Following the accident, the digital engine control unit (DECU) was removed and sent to the manufacturer for data download. On April 11, 2019, the DECU was uploaded under the auspices of the FAA. The last recorded fault was a “P3 drift or engine flameout”.

The helicopter, N818MC, was owned by Mountain Air Helicopters, Inc. The company owns five other helicopters and an FAA-registered Cessna 414A.

In 2015 two were killed in Mississippi under similar circumstances during a prescribed burn when an engine failure brought down a helicopter performing aerial ignition operations. A third person was seriously injured.

Our point of view

Flying low and slow in a single-engine helicopter while lighting fire under the plane is obviously very, very dangerous. These three deaths offer a very compelling rationale for using drones for aerial lighting instead of manned aircraft.

Thanks and hats off to Sean.

After working full time in wildland fires for 33 years, he continues to learn and strives to be a student of fire. View all posts by Bill Gabbert

Appointment of the head of the space exploration sector