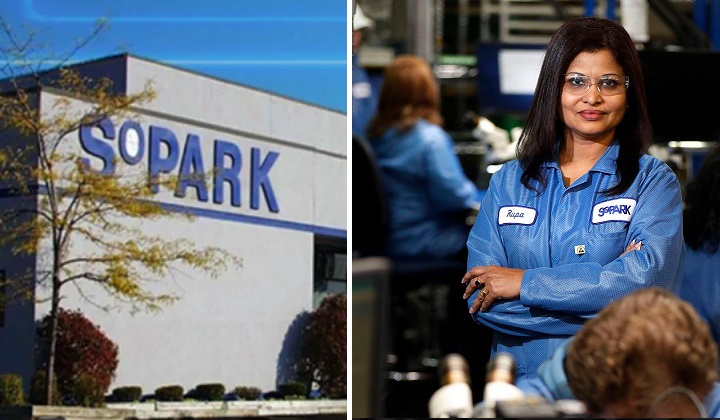 Subscribe to our Telegram channel for the latest stories and updates.

While most kids his age are pretty comfortable playing with children’s toys and the like, Shanmugam aimed to master a set of skills that would define his later life.

That’s according to Cyberjaya-based tech enthusiast Richard Ker, who recently shared a thread with his followers regarding Shanmugam’s success in the US.

“Her dad used to call her her right arm (wo)man because (she) had been helping her dad with DIY projects since (she was) 6 years old,” Richard, who goes by the Twitter account @richardker, recently tweeted.

She was the only girl in her engineering class.

…and the only female engineer in his previous companies.

But now she owns the largest electronics factory in Western New York 🇺🇸.

Here is the inspiring story of Rupa Shanmugam from Malaysia. 👇 pic.twitter.com/nICBQBZpm5

Despite being a physics school teacher, however, Shanmugam’s father steered her towards the path of electrical engineering, at a time when the field was predominantly occupied by men.

At the time, she was the only woman in her group when she enrolled to study the electronics engineering degree at the Federal Institute of Technology in Kuala Lumpur.

After graduating, Shanmugam worked overseas when employed by Singapore-based multinational corporations including Thomson, Western Digital and Carsem in Malaysia.

“She was the only female engineer in those companies (too),” Richard added.

The rise of a leader

She then continued her education in Indiana, USA, and earned a master’s degree in electrical engineering from Trine University, where she also met her soul mate and partner.

The couple then moved to Buffalo, New York in 2017, where she started working at SoPark and began working her way up the corporate ladder.

It was not an easy navigation for her in the practice. Luckily, she sticks with the company even when times are tough and ends up being part of the team that helps change things in the company.

By doing her part, Shanmugam has become an icon in her community. She had also advocated for greater participation of women in science, technology, engineering and mathematics (STEM).

As a champion of women’s issues, Shanmugam believes in empowering women, which will later help boost the local and national economy.

“She is a member of the University at Buffalo (UB) Women’s Committee. Here, she started a student employment program at SoPark. They learn the best engineering practices in the industry,” said Richard.

In recognition of her efforts and success, she received the 2016 award STEP (Science, Technology, Engineering and Production) Ahead Award at the Ronald Reagan Building in Washington DC.

Shanmugam obtained the majority stake in SoPark in 2018. The company, which manufactures printed circuit boards for a mainly regional clientele, has around 80 employees.