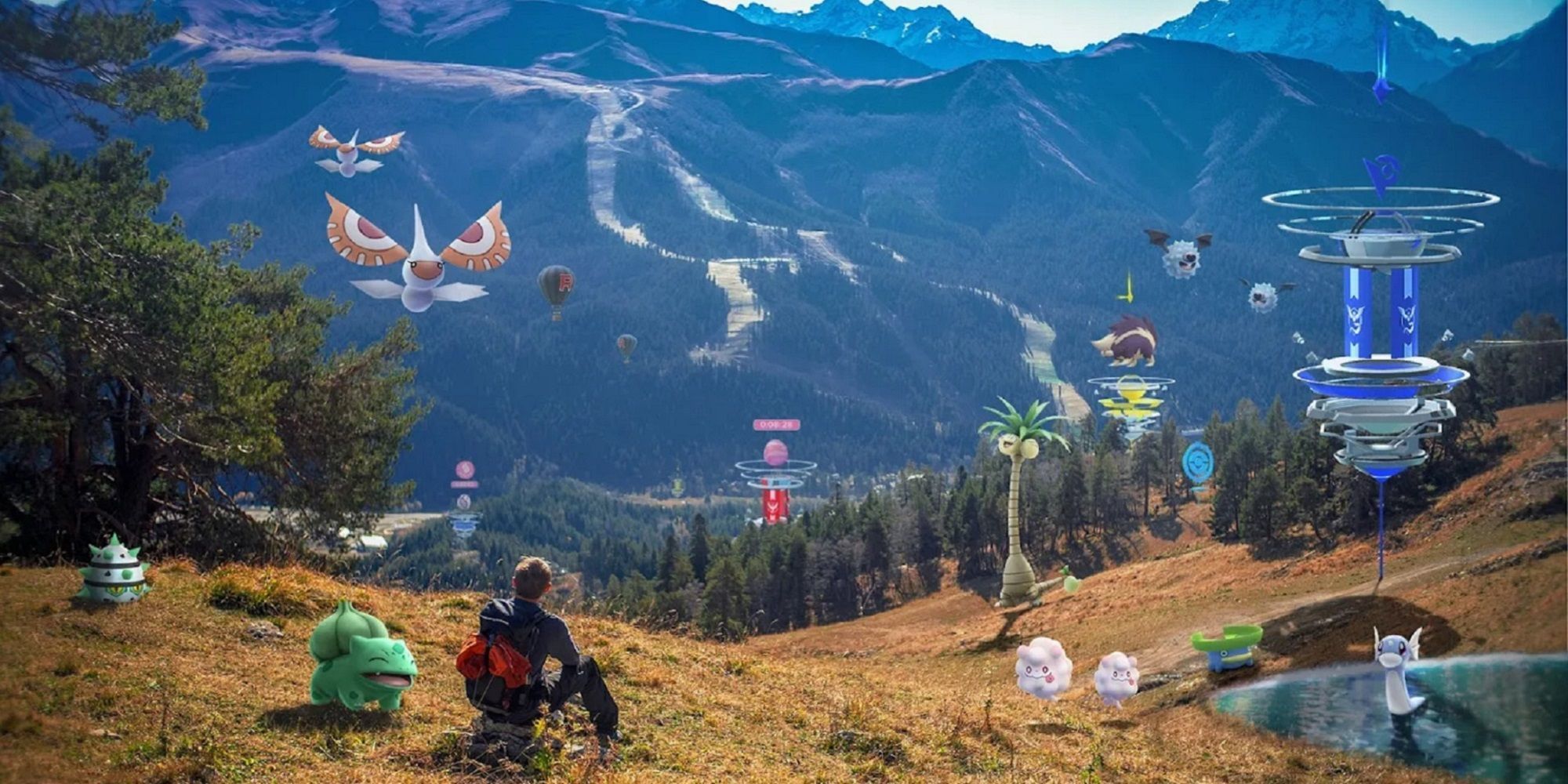 My biggest complaint about Pokemon Go is that the places you’re encouraged to explore just aren’t that interesting. Want to grind Mewtwo raids to get a shiny? A city center is your best bet. Want to stock up on items or Field Research tasks from PokeStops? Downtown. Want to find the most spawning Pokémon? You guessed it.

Playing Pokemon Go in a big city is awesome. You can grind easily, but even if you log in casually, you have plenty of spawns on your doorstep to maximize your chances of getting that rare monster or shiny sprite. If you’re not lucky enough to live in a bustling metropolis, things are quite different.

GAME VIDEO OF THE DAY

The town where my parents live has about five PokeStops and three gyms. It’s not bad all in all, a lot of towns have it much worse. But still, I can barely play the game during my visit. There are a handful of spawns around PokeStops and very little else. That’s great if you want to catch another Bidoof, but want a chance at a Dragonite or Slaking in the current TCG event? No chance.

Rural Pokemon Go players have been complaining for a long time, and with good reason. Niantic’s insistence that only major cities have the infrastructure to host so many PokeStops, spawns, and players is a bit of a cop-out. If I want to explore, I’m not going to go to a mall, I’m going to a mountain, a forest or a beach. If I want to play Pokemon Go while I’m at it, the game that puts exploration at the heart of the action falls flat. Most Natural Wonders only have PokeStops where there are man-made signs; a map of hiking routes, perhaps, or the viewpoint at the top of a mountain.

Some of my favorite Pokemon Go memories happened in the middle of nowhere and spun a random PokeStop, leaving a little sign of my adventures in my game log. I put a Kangaskhan in a random Gym in the outback Australia when I was traveling, and it hasn’t been knocked out for months. This gym is marked on my in-game map, and I’ll remember that moment more fondly than any downtown raid or community day I’ve ever done. This is an extreme example, but if you lived on this small agricultural farm, Pokemon Go would barely be playable.

Players in slightly more populated, but still heavily rural, communities can request new in-game PokeStops, but the lengthy process is pointless if other players don’t rate your submission and provide supporting evidence that the point of interest exists and is exciting enough to warrant a stop. But with few other players in your rural area to assess your candidacy, it becomes a catch-22.

Fewer PokeStops means fewer spawns, and while a Barren Mountain is unlikely to wreak too much havoc on too many players (other than those who intend to actually explore), the same issues affect players. small town and rural community players. These players are not only dealing with fewer PokeStops and spawns – meaning research is harder to complete, leveling is harder, and items are harder to find without spending real money – but post-pandemic game changes affect them disproportionately, too. The damage reduction from players raiding remotely was still coming, but it was making it more difficult for rural players to participate in the best raids. I find it quite difficult to get a raiding party together in the suburbs of my town, so remote raiding is pretty much the only option if someone in a rural dwelling wants to get their hands on a Mewtwo, for example. Remote raids have also become more expensive recently and free passes have been removed. Incense changes also have a greater impact on rural players than city dwellers.

What is the answer? There are a few options. The first would be to reintroduce good rewards in Field Research Breakthroughs. Currently, completing seven days of Field Research tasks rewards you with one Klink. There’s a chance it’ll be shiny, which is better than a few months, but every gamer who’s stuck with the game for a few years remembers a better time. These encounters rewarded legendaries, usually whatever was in raids at the time, but sometimes other legendaries rotated. At the time, many people complained about seeing the Regis Again or catch another Articuno and miss a potential encounter with Zapdos, but we had no idea how good we had it.

Allowing PokeStops depicting natural wonders like cool rock faces or steep old trees would be a second option. It should be noted that much of Niantic’s marketing, including the images in this article, focuses on exploring mountain ranges and wild forests, but gameplay in these locations would be disastrous, if not playable at all. . There’s a stark discord between the game’s marketing — from trailers and promotional images to what reps say in press releases and interviews — and what it feels like to actually play the game.

It looks like Niantic realized just how much money Raids are and quickly shut down the number of ways we could access Legendaries. It’s boring for all players – I don’t need another fucking Klink – but it’s even worse for those in the countryside. If they can’t find enough friends to raid with, and they can’t afford or don’t want to spend money on remote raid passes, Legendaries are pretty much unreachable.

This brings us to another of Niantic’s fundamental pillars, the community. Rural players just need to find a group of like-minded raiders to camp outside their village’s only gym and they’ll be great, it’s inferred. I agree that Pokemon Go is best played together, but not everyone has that luxury. Even if you have a raid group, the fewer gyms there are, the less likely a raid you want to tackle will appear and the less everyone is available. In a town center, on the other hand, head to one of the 20 raids you can see in your vicinity, and there’s probably already half a hall waiting to take down a Mewtwo.

Rural gamers have been quitting the game for years, even before the pandemic, and it seems Niantic is doing very little to keep them on board. In the eyes of the developer, rural gamers are less likely to spend money on the game (thanks to fewer gyms to buy raid passes from and a smaller population to raid them), so the gameplay changes, the event bonuses and daily challenges will continue to focus. on city-based whales. But if the company is serious about focusing on exploration and helping the wider gaming community, it needs to make changes quickly or the rural communities in Pokemon Go will be gone for good.