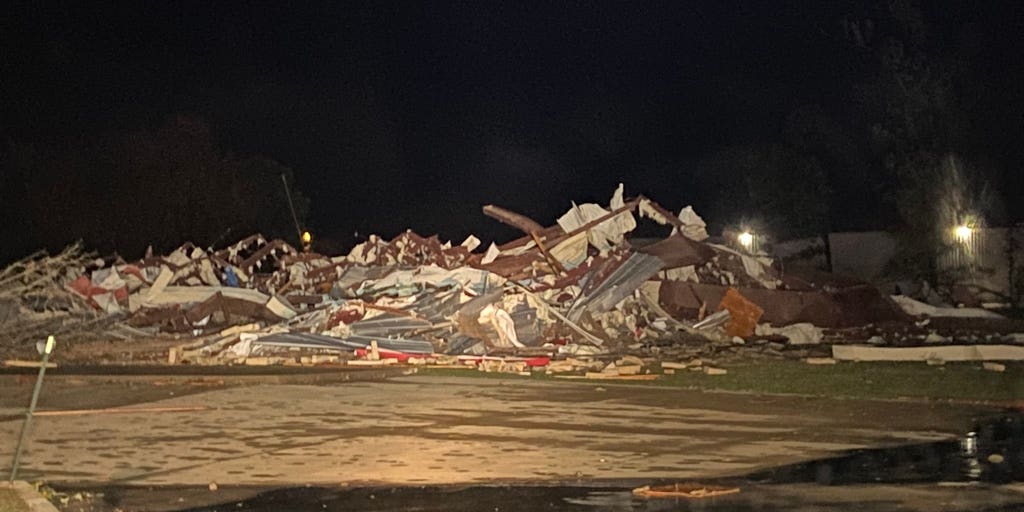 Idabel, the Oklahoma emergency manager fears the worst after a tornado devastates the city

The National Weather Service issued one of its most severe warnings, a tornado emergency, for the storm moving through Idabel, OK.

Idabel, Oklahoma’s director of emergency management, says he’s hoping for the best after his city was directly hit by a tornado.

Cody McDaniel spoke to FOX Weather Friday night moments after the tornado passed through his town. He hoped that the city he strives to protect was not completely destroyed.

“Just stay away from Idabel,” he pleaded. “Just keep clear of the east side of Broken Bow.”

A Tornado emergencyone of the rarest warnings from the National Weather Service, was issued for Idabel and Broken Bow at 6:45 p.m. CT Friday.

A Tornado emergency was issued for Idabel, Oklahoma, Friday night.

As nerves raced through his voice, McDaniel said there were injuries but feared what search and rescue teams might find.

“There have been reports of (victims),” he said. “I hope that will not be the case.”

McDaniel said with the tornado moving in, everything looked torn down.

“Idabel took a direct hit, so there’s a lot of damage to the house, a lot of down lines,” he explained.

Trinity Baptist Church was one of the damaged locations.

A tornado destroyed a church in Idabel, Oklahoma on Friday night.

Crews will work to assess the damage, but, in the meantime, McDaniel urged people to stay clear of the area.

If you want to help those devastated in Idabel, McDaniel says you can come to town to volunteer Saturday morning.

Curious Questions: Can You Really Live Off-Grid in 2022?