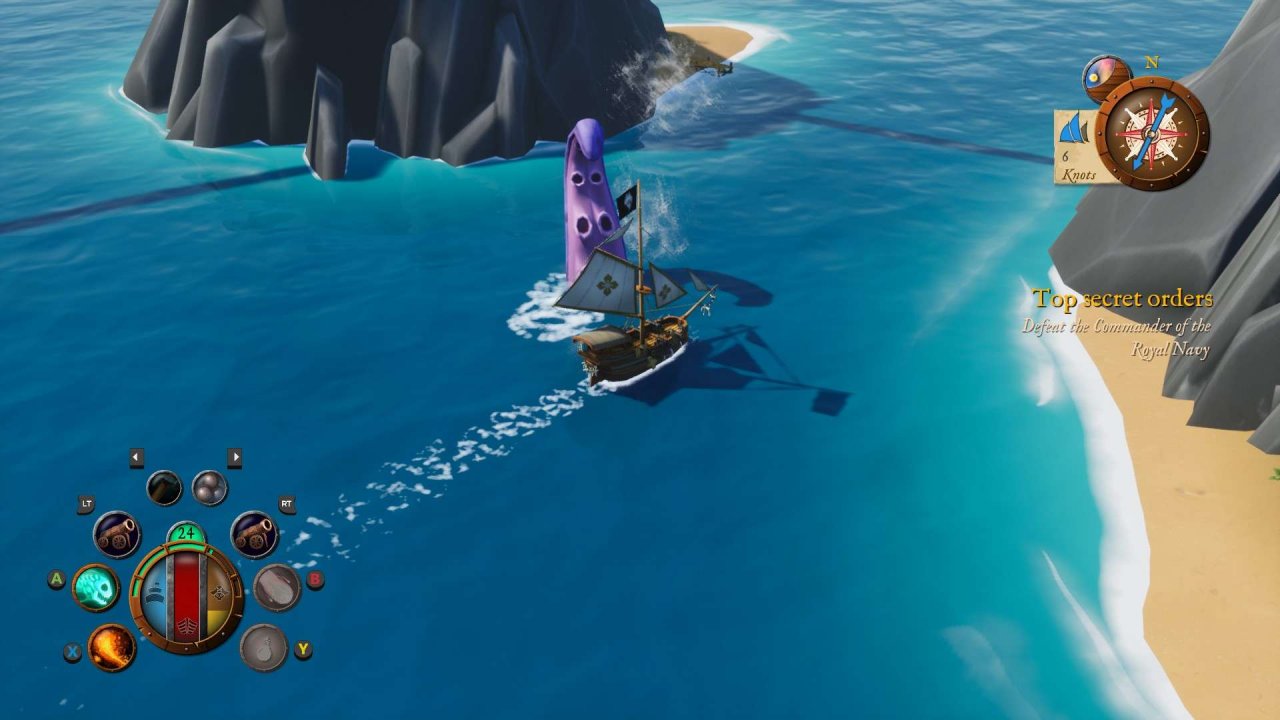 King of Seas review for Xbox One, PS4, Switch

I love the idea of â€‹â€‹King of Seas. You play as a young pirate, looking to make a name for yourself and become the, uh, king of the seas. You sail the seas, plundering ships and building your ocean empire. There is a certain romanticism that has been attached to pirates, and King of Seas indulges in it to the fullest.

The thing is, while playing, I realized something else: naval combat is not that exciting. Or, at least, that doesn’t do much for me, especially in the way King of Seas does it. You cruise the procedurally generated oceans in search of ships to plunder, circle around shooting them until they sink, then collect your treasure before searching for your next victim.

I mean, I’m obviously simplifying things. Some ships are more difficult to sink than others, often to a significant degree, and you need to be careful with much more powerful escort ships. You have to dodge all kinds of dangers, especially if you venture too close to an enemy colony where hostile forces will shoot you from the shore. And, along with the procedural generation aspect, you have to constantly accommodate an ever-changing ocean.

Even with those allowances, however, the whole fighting part of King of Seas – also known as â€œpretty much all of the game’s interestâ€ – has never really been very interesting to me. There is a gameplay loop here that manifests itself very early on, and the game rarely deviates from it.

Still, I wouldn’t erase King of Seas entirely. Despite the fact that its basic mechanics were somewhat forgettable, the point is, the package is still quite nice. The story may not have won any awards for originality, but it was still engaging enough to get you invested in the characters.

Additionally, and perhaps most importantly, sailing the seas is an incredibly calming experience. You can easily get by in this game just by sailing around, enjoying the great outdoors and cradling yourself in a meditative state, and occasionally picking an easy ship when you come across one. That might not be the point of the game, but it certainly made my experience quite good.

Does that mean I played King of Seas badly? Probably. But I’ve always thought that one of the signs of a good game is that it lets you play your way – and there’s no denying that King of Seas gives you the freedom to do so.

Team17 has provided us with an Xbox One King of Seas code for review.

Pope Francis tells grandparents, all the elderly, that God is close to them