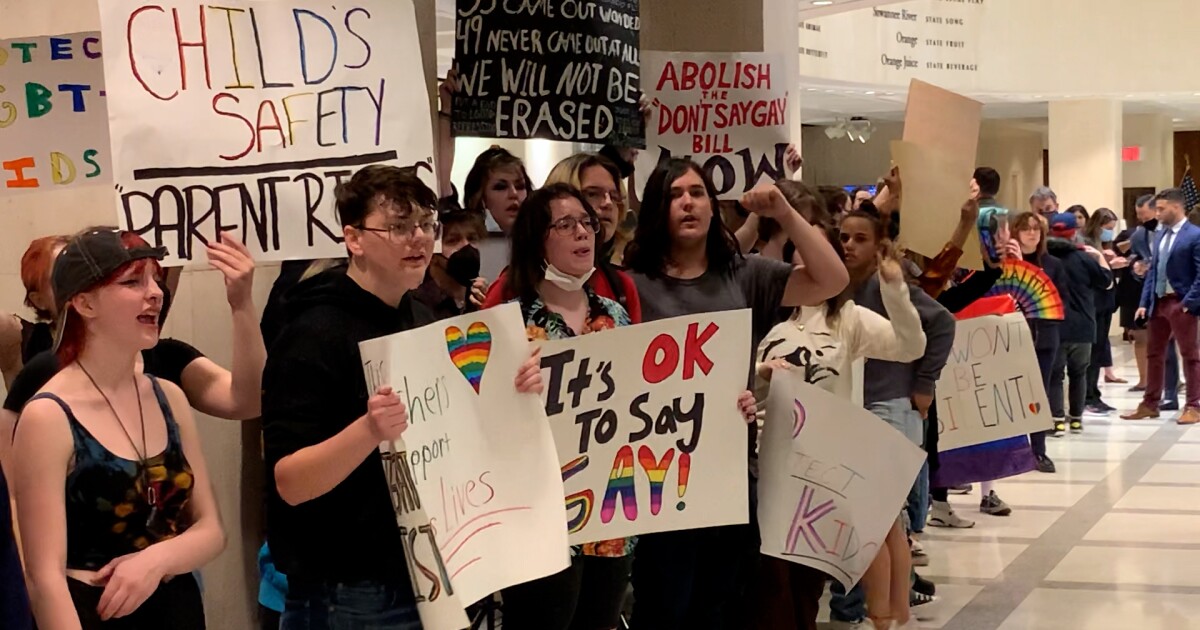 Leon County school students walked out of class today to protest the so-called ‘Don’t Say Gay’ bill ahead of a scheduled vote in the state Senate.

Students carried signs and chanted outside the entrances to the Senate Chambers and the Florida House.

Shayla Sheppard is a sophomore at Sail High School. Shayla Sheppard was dropped off at the Capitol by her mother and joined the protest alongside her girlfriend.

“I feel like they [students] should be able to express who they want to be and often the reason they express it at school is that it’s hard at home because parents don’t understand or because they don’t accept who they [kids] are.”

If the legislation were to become law, student requests to use different names or pronouns at school would require parental notification, regardless of the student’s wishes. There is no current requirement for schools to notify parents if a student requests that parents not be notified.

The bill also prohibits teaching about gender identity or sexual orientation in kindergarten through grade 3 or if the teaching is not age-appropriate according to standards that the Department of Education State education would create. Proponents of the bill say parents have a right to know and that schools should not withhold information about a child’s medical condition. At a recent House hearing, six Republicans crossed party lines to oppose it. The Senate resumes the measure on Monday.