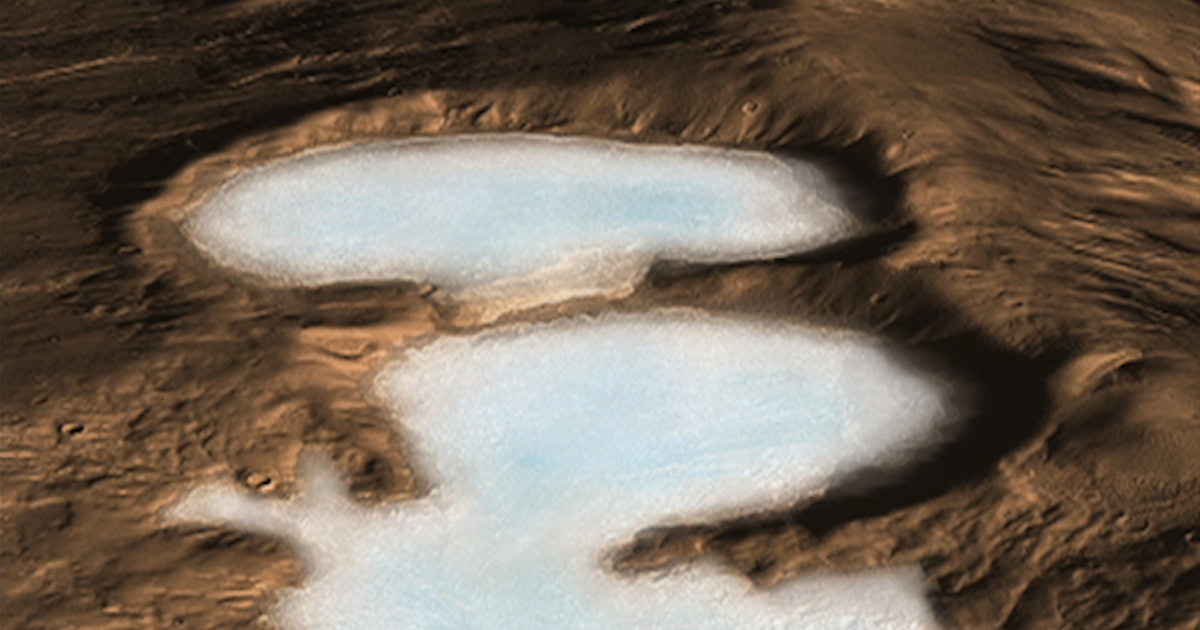 On earth, changes in our climate have caused glaciers to advance and retreat throughout our geological history (known as the Ice Ages and Interglacials). The movement of these glaciers carved features on the surface including U-shaped valleys, hanging valleys and fjords. These features are missing on Mars, leading scientists to conclude that all glaciers on its surface in the distant past were stationary. However, new research by a team of American and French planetary scientists suggests that Mars’ glaciers moved slower than those on Earth.

The research was conducted by a team of geologists and planetary scientists from the School of Earth and Space Exploration (SESE) at Arizona State University (ASU) and the Laboratory of Planetology and Geosciences (LPG) at the University of Nantes in France. The study was led by SESE (currently LPG) 2018 Exploration Fellow Anna Grau Galofre, who was a postdoctoral fellow at ASU when it was conducted. The study, titled “Valley Networks and the Record of Glaciation on Ancient Mars”, recently appeared in the Geophysical Research Letters.

According to the USGS definition, a glacier is “a large, perennial accumulation of crystalline ice, snow, rock, sediment, and often liquid water that originates on land and moves downward beneath the surface. influence of its own weight and gravity”. The key word here is moves, resulting from meltwater accumulating beneath the ice cap and lubricating its downward passage through the landscape. On Earth, glaciers have steadily advanced and retreated for eons, leaving rocks and debris in their wake and carving features on the surface.

For the purposes of their study, Galofre and his colleagues modeled how Martian gravity would affect the feedback between how fast an ice cap is moving and how water flows beneath it. Faster water drainage would increase friction between rock and ice, leaving channels under the ice that would likely persist over time. The absence of these U-shaped valleys means that the ice sheets on Mars likely moved and eroded the ground beneath them at extremely slow rates compared to what happens on Earth. However, scientists have found other geological traces that suggest there was glacial activity on Mars in the past.

These include long, narrow, winding ridges composed of layered sand and gravel (eskers) and other features that may be the result of subglacial channels. Said Galofre in a recent AGUNews press release:

“Ice is incredibly non-linear. Feedbacks linking glacial movement, glacial drainage and glacial erosion would result in fundamentally different landscapes related to the presence of water under ancient ice sheets on Earth and on Mars. Whereas on Earth you would have drumlins, lineations, scour marks and moraines, on Mars you would tend to have channels and esker ridges under an ice cap with exactly the same characteristics.

To determine whether Mars experienced glacial activity in the past, Grau Galofre and his colleagues modeled the dynamics of two ice caps on Earth and Mars that had the same thickness, temperature, and subglacial water availability. They then adapted the physical framework and the dynamics of ice flows that describe the drainage of water under the ground aquifers to Martian conditions. From there, they learned how subglacial drainage would evolve on Mars, what effects it would have on the rate at which glaciers would slide over the landscape, and the erosion it would cause.

These findings demonstrate how glacial ice on Mars would drain meltwater much more efficiently than glaciers on Earth. This would largely prevent lubrication at the base of the ice sheets, leading to faster rates of slippage and increased glacial erosion. In short, their study demonstrated that linear landforms on Earth associated with glacial activity would not have had time to develop on Mars. Said Grau Galofre:

“In moving from an early Mars with the presence of surface liquid water, extensive ice caps and volcanism to the global cryosphere that Mars currently is, the interaction between ice masses and basal water must have It’s just very hard to believe that in 4 billion years of planetary history, Mars never developed the conditions to grow ice caps with the presence of water. subglacial, as it is a planet with a large inventory of water, large topographic variations, the presence of both liquid and frozen water, volcanism, [and is] located farther from the Sun than the Earth.

In addition to explaining why Mars lacks certain glacial features, the work also has implications for the possibility of life on Mars and whether that life could survive the transition to a global cryosphere that we see today. According to the authors, an ice cap could provide a stable water supply, protection and stability to any subglacial water body where life might have emerged. They would also protect against solar and cosmic radiation (in the absence of a magnetic field) and would insulate against extreme temperature variations.

These findings are part of a growing body of evidence that life existed on Mars and survived long enough to leave evidence of its existence. This also indicates that missions like Curiosity and Perseverance, who will be joined by ESA Rosalind Franklin rover and other robotic explorers in the near future, are looking in the right places. Where water once flowed in the presence of slowly retreating glaciers, microbial life forms that emerged when Mars was warm and humid (about 4 billion years ago) may have persisted as the planet grew colder and colder. was drying out.

These findings may also bolster speculation that as this transition progressed and much of Mars’ surface water retreated underground, potential surface life followed. As such, future missions to investigate the vast aqueous mineral deposits of Mars (recently mapped by ESA) may be the ones that finally find evidence of life on Mars today!

This article was originally published on Universe today by Matt Williams. Read the original article here.