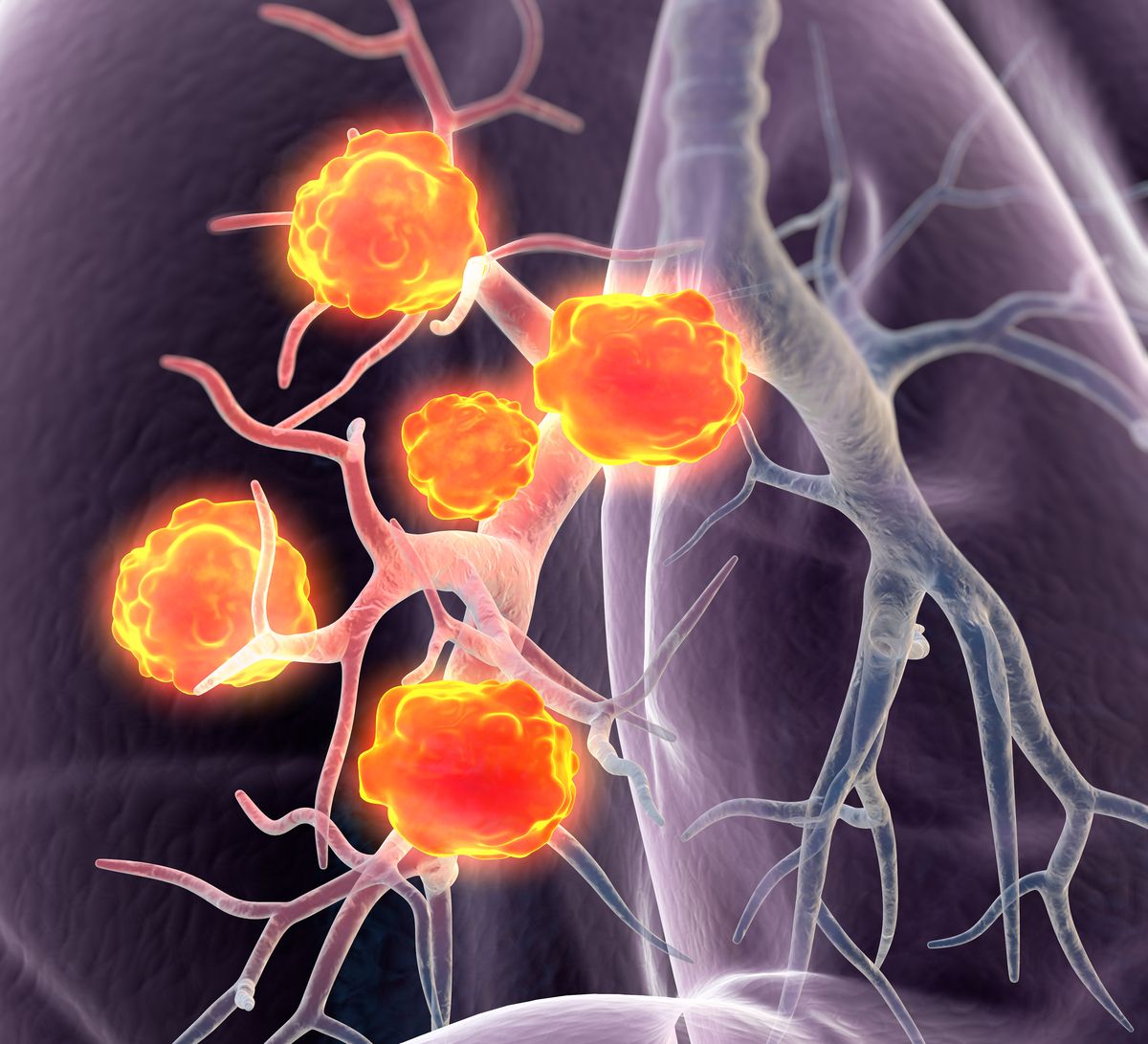 Immune checkpoint inhibitors, alone or in combination with chemotherapy, have been associated with better outcomes in non-oncogene-dependent non-small cell lung cancer (NSCLC).

NSCLC is the most common type of lung cancer worldwide, and the advent of immunotherapy has greatly expanded a treatment landscape that was previously centered on traditional chemotherapy. Personalization of therapy based on relevant biomarkers is now recommended in current treatment guidelines, and there are several targeted options that may improve outcomes for some patients.

“The first-line ICI regimen in non-oncogene-dependent NSCLC has been evaluated in various RCTs. However, the optimal treatment strategy remains to be established,” the authors wrote. Their meta-analysis pooled data from 19 RTCs from 17 treatment regimens with the aim of determining the safety and effectiveness of first-line ICIs when given alone and when combined with other ICIs or chemotherapy Accompanying rankings may help to guide clinical trial design and clinical decision making.

ICI-based therapy alone or in combination with chemotherapy was associated with better OS, PFS, and ORR outcomes in the all-comers NSCLC population. An exception was OS in patients with liver metastases. More specifically, the combination of pembrolizumab plus chemotherapy and cemiplimab monotherapy were ranked at the top of the therapeutic regimens. In most subgroups, the combination of atezolizumab, chemotherapy, and bevacizumab ranked highest for PFS benefits, but had a poorer safety profile.

Patients with programmed death ligand 1 (PD-L1) expression less than 1% had the best estimated OS when treated with nivolumab plus ipilimumab with or without chemotherapy. For those whose disease had PD-L1 expression between 1% and 49%, pembrolizumab plus chemotherapy appeared to be the best option for OS. The best treatment for patients with PD-L1 expression greater than 50% appeared to be cemiplimab in terms of OS.

Pembrolizumab with or without chemotherapy was ranked first for OS in nonsquamous NSCLC (NSQ), similar to the all-entry cohort. However, patients with NSQ disease on cemiplimab showed less improvement in OS and PFS than patients in the All-Entrants cohort on cemiplimab.

For patients with squamous disease, more research is needed to provide insight into the best treatment regimen. However, a takeaway from the meta-analysis is that a regimen of nivolumab plus ipilimumab with or without chemotherapy showed better OS and PFS outcomes in the squamous population than the same ICI combination in the all patients population. arrivals. Therefore, nivolumab plus ipilimumab may have potential in this subset of patients.

Overall, the meta-analysis confirms that ICI could potentially play a key role in the first-line treatment of NSCLC and identifies several promising combinations in more specific settings. The results also underscore the importance of tailoring treatment to the individual, as ICI treatment regimens rank differently across NSCLC cohorts.

“In the absence of head-to-head RCTs, these results define the current scenario and could therefore help provide recommendations for clinical practice in selecting the optimal first-line strategy in different conditions and offer insights valuable for the design of future research,” the authors conclude.

US ‘unbanked’ households at lowest since financial crisis