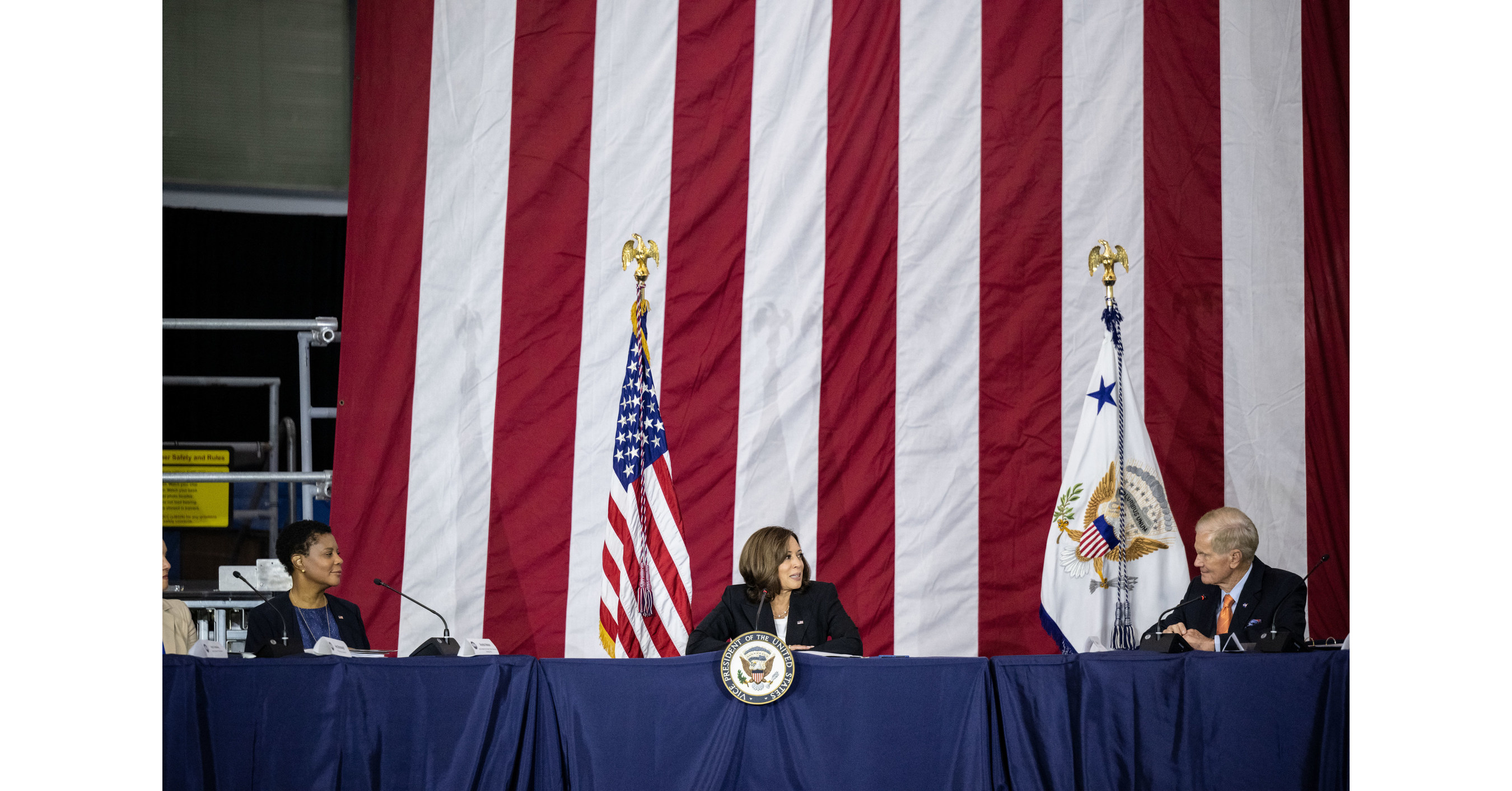 WASHINGTON, September 9, 2022 /PRNewswire/ — Vice President Kamala Harris stressed the importance of climate, human spaceflight and STEM education during the second meeting of the Biden-Harris administration’s National Space Council on Friday, held at the Johnson Space Center in the NASA at Houston.

“For generations, along with our allies and partners around the world, America has led our world in the exploration and use of space,” Harris said. “Our leadership has been guided by a set of fundamental principles – cooperation, security, ambition and public trust – which is the recognition, of course, that space can and should be protected for the benefit of all. There is so much of things we still don’t know and we have yet to do so much – space remains a place of undiscovered and unrealized opportunity Our test and responsibility is to work together to guide humanity towards this new frontier and to make real the incredible potential of space for everyone.”

For more than 50 years, NASA satellites have provided open source, publicly available data about Earth’s land, water, temperature, weather, and climate. Improving access to key climate information is a priority for the agency. Building on his earlier announcement, NASA Administrator Bill Nelson released the first concept and shared a new video for the Earth Information Center. The center will allow the public to see how the Earth is changing and guide decision makers to mitigate, adapt and respond to climate change.

“Just as we use Mission Control to monitor operations during spaceflight, we are embarking on this effort to monitor conditions here on our home planet, and it will be available to everyone in an easy-to-access format.” , Nelson said.

Planning for the Earth Information Center is underway with the initial phase providing an interactive visual display of imagery and data from NASA and other government agencies. NASA Headquarters plans to host this initial interactive display with the goal of expanding in-person and virtual access over the next five years.

The Vice President also highlighted the important research being conducted on the International Space Station that will enable long-duration stays on the Moon and future human missions to Mars, in addition to the benefits for life here on Earth.

“NASA uses the International Space Station to conduct critical research into the risks associated with future missions to Mars — space radiation, isolation, and distance from Earth, to name a few. ‘test to develop the technologies we will need for a long-term stay on the Moon, where we will build an Artemis base camp on the surface and a Gateway outpost in lunar orbit,’ Nelson said. space demonstrates that the benefits of microgravity are not limited to discovery. We are also developing new technologies that improve life on Earth, such as cancer treatments.”

Alongside the meeting, NASA announced a new Space Grant K-12 Inclusiveness and Diversity in STEM (SG KIDS) opportunity that will award more than $4 million to institutions across the United States to help bring the excitement of NASA and STEM to traditionally underserved and underrepresented groups of middle and high school students. The announcement is part of a broader set of commitments by public, private and philanthropic partners announced by the Vice President to help recruit and develop the next generation of space workforces.

While at NASA’s Johnson Space Center, Vice President Harris toured the agency’s mission control with Nelson and the director of the Johnson Center vanessa wyche. The Vice President also spoke with NASA astronauts Bob Hines, Kjell Lindgrenand Jessica Watkinsliving and working aboard the International Space Station on how their research benefits life on Earth, supports long-duration spaceflight, and protects our planet.

A recording of the full National Space Council meeting is available online at:

These loans should be avoided..? Do you know why?