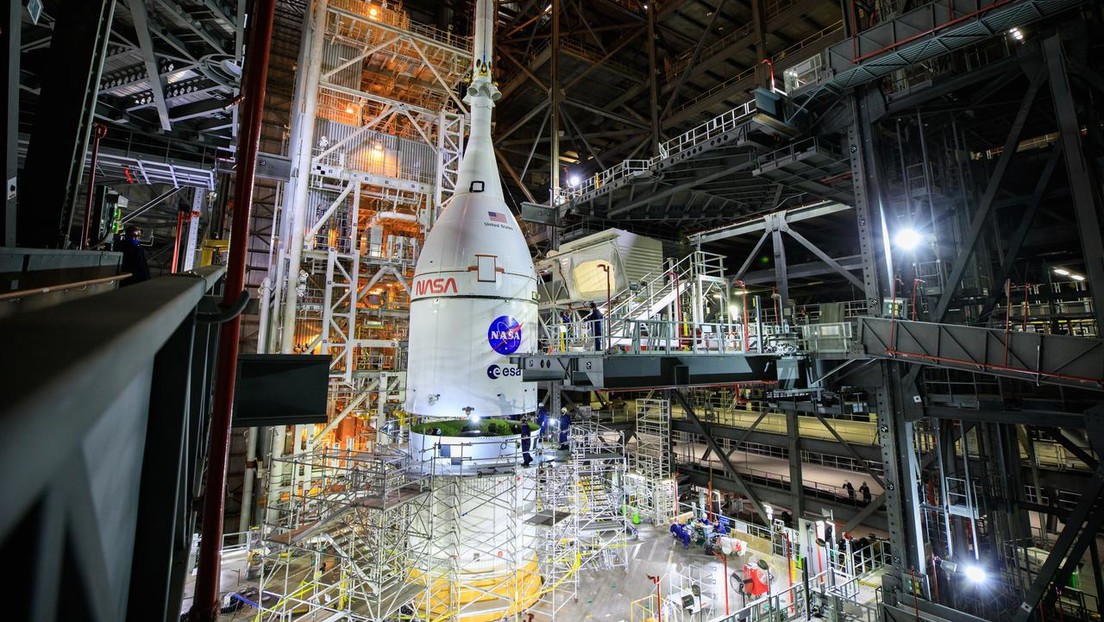 NASA prepares to launch unmanned space mega-rocket around the moon

NASA announced that the Orion spacecraft had been successfully stacked on top of the Space Launch System (SPS) rocket at the Kennedy Space Center on October 21 before midnight.

The US space agency has confirmed that Orion is secure on the SPS and that the integrated system is about to enter the final stages of preparations to conduct an unmanned test flight around the Moon. I know until after a series of integrated tests, its take-off takes place in February 2022.

“With the completion of the stacking and integration of NASA’s Space Launch System rocket and the Orion spacecraft, we are increasingly approaching a new era of human deep space exploration. NASA Administrator Bill Nelson said.

Prelude to future flights to the Moon and beyond

This test launch will be carried out as part of the Artemis I space flight program, which NASA says may pave the way for a future manned flight test before the start of more complex missions with astronauts on and around the Moon. It also targets the first woman and the first person of color to set foot on the Moon and pave the way for a long-term lunar presence and openness to the possibility of flying to Mars.

â€œThe first in a series of increasingly complex missions, Artemis I will provide a foundation for human exploration of deep space and demonstrate our commitment and ability to expand human existence on the Moon and beyond. before the first crewed flight on Artemis. II â€, assured the space agency in a press release.