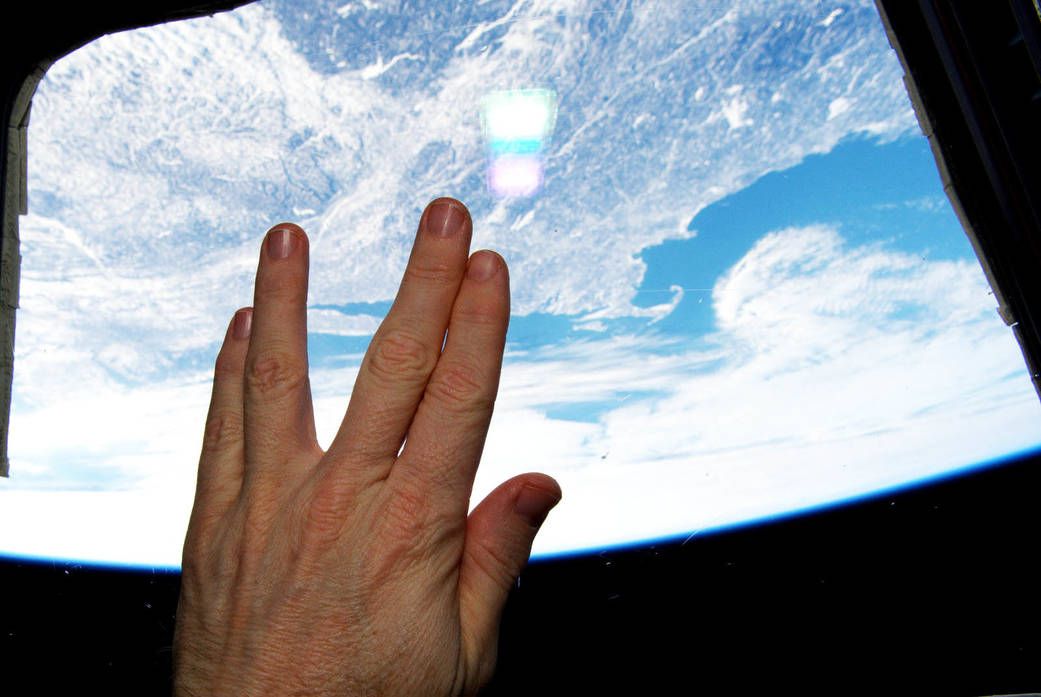 NASA shines in the comics, film and sci-fi world to talk about space exploration, driving and Mars and the origins of life itself at Comic-Con @ Home 2021 virtual this weekend.

The NASA / sci-fi crossover starts today (July 23) and runs through Saturday in three different panels with space themes. They are all free to join, but can be late at night depending on your time zone, so you’ll need to plan accordingly. They are also available to stream later via YouTube, courtesy of Comic-Con @ Home. Here’s what and when to watch, including a few more that might interest you, and those are official descriptions from Comic-Con @ Home.

â€œEd-Tech has become a place where students can have access to the same tools that professionals use and, in the case of space, have the opportunity to solve real problems related to missions to our Moon, Mars and beyond. beyond. Join us Mark Murphy (producer of Future Tech Live!) in discussion with Dr. Greg Chamitoff (former NASA astronaut and director of Texas A & M’s Aero Space Technology, Research & Operations (ASTRO), Jackie Charpentier (founder, One Giant Leap Australia), and Timothy J. Urban (Director, Texas Space Grant Consortium) as they introduce you to the platform and its possibilities, from piloting and terraforming to creating habitats and spaceships. “

“Host “Dr. Trek” Larry Nemecek (The Trek Files) examines modern space law and issues, UN treaty making and how it all compares to the representation we get in our various future space franchises – courtesy of a panel of jurists or lawyers – pros of the adjacent space industry and former NASA executives who all wear their geeky space epics on their sleeves: Mike Gold (Executive VP, Civil Space, Redwire Space), Jessica noble (General Counsel, Nanoracks LLC), Daniel Porras (Director of Strategic Partnerships and Communications, Secure World Foundation), and Therese Hitchens (air and space journalist, BreakingDefense) – with â€œrecovery lawyerâ€ Melinda snodgrass (writer of Star Trek: The Next Generation classic â€œMeasure of a Man,â€ Data’s â€œhumanâ€ rights trial) on board to boot. These modern-day Samuel T. Cogleys and Jake Siskos are eager to share what they, and all of us, need to do to get today’s space law issues on the public radar, before they happen. become a problem. . . sooner than you think! “

“David Rosing (NASA JPL Mars Sample Return System Engineer), Shonte J. Tucker (JPL thermal engineer), Kobie Boykins (JPL Mechatronics Engineer), and Rhonda M. Morgan (NASA JPL Instrument Engineer) explains how we boldly go where there is no one to fix it. Hear stories from the trenches of heartbreaks, close calls, and real-life Mars landing (and flight!) Adventures and our roundtable on what Netflix got right in their movie Stowaway.”

“Real-life science is all over the galaxy, far, far away. Astronomer Lisa Will, Ph.D., astrobiologist Angela Zoumplis, and geologist and paleontologist Jim Lehane, doctorate answer questions such as: What do tauntauns eat? How would Death Star debris affect the worlds below? Why does Crait’s surface taste salty? Designer Jake lunt davies (Star Wars episodes 7-9, Rogue One, and Solo) shares instructions given to the creative team when designing creatures, aliens, and droids, as well as some of their amazing works of art. Hear how science influences Star wars and how the fantasy epic continues to inspire scientists. The panel is produced by Andrea Decker from the Fleet Science Center in San Diego and hosted by the hosts of the Star Warsologies podcast, Melissa Miller and James Floyd, two freelance editors for Star Wars Insider magazine.”

In case you missed it, Paramount + hosted a panel Friday for its upcoming new shows, which featured new trailers for season two of “Star Trek: Lower Decks” and the launch of “Star Trek: Prodigy “later this fall. You can see this sign on request here.

Paramount + and CBS Studios present the cast and executive producers of the new adult animated comedy series Paramount + Original, The Harper House for a discussion and an exclusive first look at the series with the debut of the official trailer. Panelists include Rhea Seehorn, Jason Lee, and Ryan flynn with additional special appearances of VyVy Nguyen, Lance Krall, Gary Anthony Williams, Nyima Funk, and Gabourey SidibÃ© plus creator / executive producer Brad neely alongside the executive producer Katie krentz and supervisory director Brian Sheesley.“