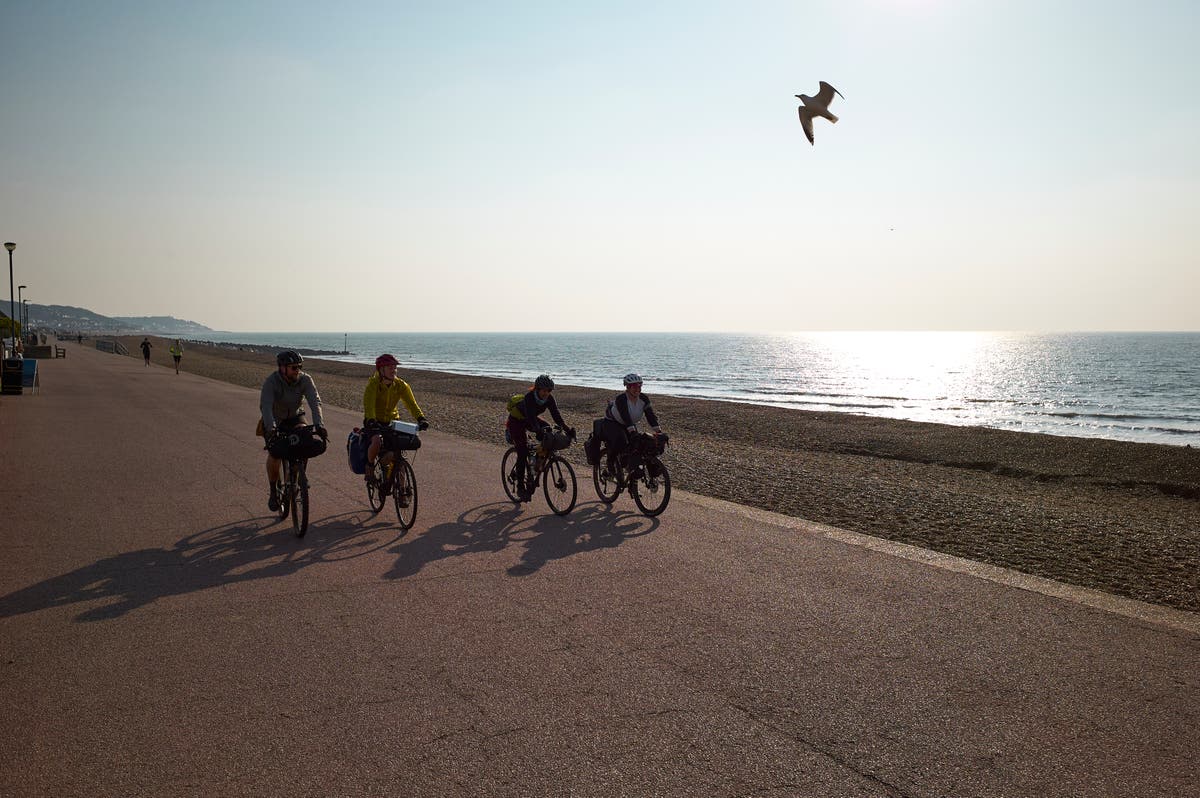 A new long-distance cycle route through Kent has been unveiled to mark Kent Day, an annual celebration of the old county.

The Cantii Way, launched by charity Cycling UK on Thursday, is 145 miles (234km) long and starts and ends in the village of Wye, near Ashford in Kent.

The route is designed to take cyclists through the diversity of landscapes and history of the so-called Garden of England.

It can be ridden in one go over three or four days and passes through Canterbury, Whitstable, Folkestone and Dover. With regular stations along its length, it could also be split over several weekends.

Sophie Gordon, Cycling UK Campaigns Manager behind the creation of the Cantii Way, said: “The Cantii Way is the perfect introduction to the wonders of cycling in Kent, and is ideal for anyone looking to try cycle touring. for the first time.

“It’s not just ideal for beginners, Kent is rich in history, rich in culture and rich in cuisine – it’s a perfect place to cycle, and the Cantii Way gives you the best of the garden of England.”

The name of the road derives from the Cantii – an Iron Age Celtic tribe Julius Caesar encountered during his abortive conquest of England in 54 BCE.

The famous Roman described the Cantii as “the most civilised” of the British tribes; it is from them that the county of Kent and the city of Canterbury derive their names.

As well as being Kent Day, May 26 was chosen as the launch date because it was May 26, 1940, when the fleet of small ships sailed from Ramsgate to rescue Allied soldiers trapped on the beaches of Dunkirk.

The launch of the route was also chosen to honor the Queen’s Jubilee, as the monarch is a patron of Cycling UK.

Using a combination of quiet lanes, country roads, side roads and bridleways, the route is designed to be manageable by anyone in good physical shape on most types of bike.

This is the fifth long-distance cycle route launched by Cycling UK since unveiling its North Downs Way cycle route in 2018. A sixth route will be launched at the end of the summer in Norfolk.