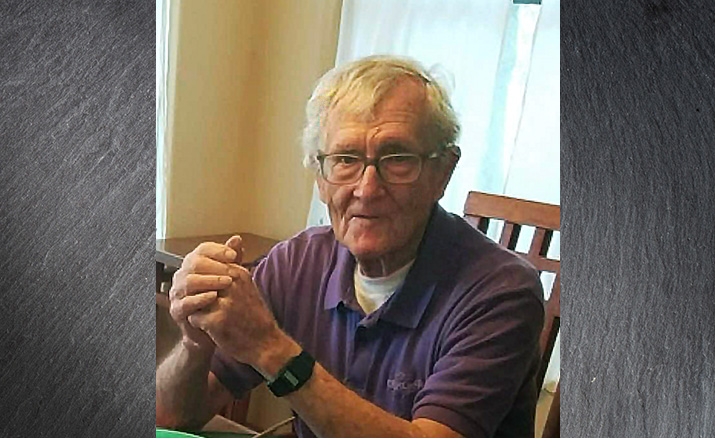 Lyle Frank Minkler of Prescott, Arizona passed away peacefully on August 17, 2022 at the age of 91. Lyle was born in Cherokee, Iowa in 1930 to parents Ray and Lillian Minkler.

Lyle was raised on the family farm in Iowa, where he has fond childhood memories. After graduating from high school, Lyle attended the University of Iowa and earned a degree in mechanical engineering in 1955. Soon after, Lyle moved to San Diego, California where he continued his studies by earning a Master of Arts in Physical Science from San Diego State University. In 1969, he earned his doctorate in education in physics from Arizona State University in 1979. In 1982, he was most proud of earning his professional engineering license in mechanical engineering from the Arizona Board of Technical Registration.

While living in San Diego, Lyle’s career included working for General Dynamics Convair, NASA’s Lewis Research Center, the Department of Defense, and a year at Lincoln High School, which marked the beginning of his career change from engineering to teaching.

In 1969 he moved his family to Prescott to begin his 27-year teaching career at Yavapai College where he taught general physics and engineering. Teaching was his dream job. He loved to teach and cared deeply for his many students. He developed lasting friendships with many of his former students. In addition to teaching, Lyle served as division president for eight years, faculty president for one year, and served on the Senate and Compensation Committee for several years. He also served as president of the Arizona American Associates of Physics Teachers for a year and was nominated by five Arizona governors to serve on the Solar Energy Commission and the Arizona Solar Advisory Council.

Lyle was very fond of his family and played football, tennis, kicking and board games. We went camping, sailing, visiting amusement parks, and swimming at the beach and in our pool, among other fun things. He was a wonderful, loving and generous dad. He was the glue that held our family together. Our lives won’t be the same without him. He will be greatly missed.

He is predeceased by his parents Ray and Lillian Minkler, his brothers Harvey Minkler, Wayne Minkler and his sister Shirley Waddell. He is survived by his loving wife and best friend of 54 years Mary G. Minkler, his sons Mike Minkler (Sylvia), Lyle Minkler II, Steve Minkler, his daughter Lynn Duke (David), his stepsons Brian Mann, Chuck Mann and many grandchildren and great grandchildren.

Information provided by the family.