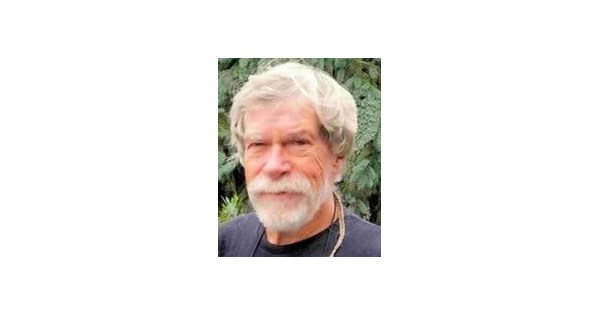 David or Farmer Dave, 74, passed away peacefully on October 17, 2021 at his home in Salt Lake City, UT. He was the loving husband of Kathy (Bierbaum) Van Dame for 48 years. Born September 6, 1947 in Cincinnati, OH, son of the late Halver C. and Mary (Glover) Van Dame.

After living in Prairie Village, KS and Buffalo, NY, the family moved to Lansdale, PA. David graduated from North Penn HS class of 1964. He went on to earn a degree in physics from Drexel University and worked for Leeds and Northrup as a sales manager in the North. Wales and Wilmington, DE. There he joined the Wilmington Ski Club where he developed a love for skiing. There he also met and fell in love with a beautiful young woman, Kathy, who shared her love for the outdoors. They were married on September 15, 1973 and left for Utah the next day. In December, they bought a sailboat and learned to navigate the Great Salt Lake, preparing to go on a cruise. In 77 they bought a Columbia 8.7, a 29-foot sloop on the Chesapeake Bay, a year of navigation on the waterway to Florida and the Bahamas.

In Lansdale, David outfitted the 1973 Ford minivan as a camper van with a high roof. In 1978 he bought and modified a Dodge maxivan, which they took across the United States and Canada, up the Alaska Highway to Mexico and Central America. It still drives after 350,000 miles.

David was an avid and expert skier who skied high and off-piste for forty-seven years. He was known as “Farmer Dave” for his unique style of creating parallel tracks, “plowing” powder. Its famous 2000 turns were made in the hinterland outside Alta. He often walked over 5,000 feet in elevation. He rode his bike for shopping and trail running. He has floated over 300 rivers in the United States and Europe. Kathy drove a shuttle on most river trips and they explored many countries.

He was a self-taught computer expert who got his hands on PCs and helped many friends with computers and many other issues.

David’s philosophy was “Don’t waste, don’t want.” He “has always tried to minimize the resources used while achieving the objectives set.” He traded “working time for playing time” and he accomplished it in spades.

David hoped people would remember him as the good skier, keeper, financial assistant, trip planner, technical consultant, and prankster he had been in his life. He was dearly loved by his family and many friends and will be sadly missed. Memorial services will be private. For those who wish commemorative contributions on his behalf can be made to Himalayan Cataract Project / Cure Blindness www.cureblindness.org . Please see https://www.caringbridge.org/visit/davidvandame