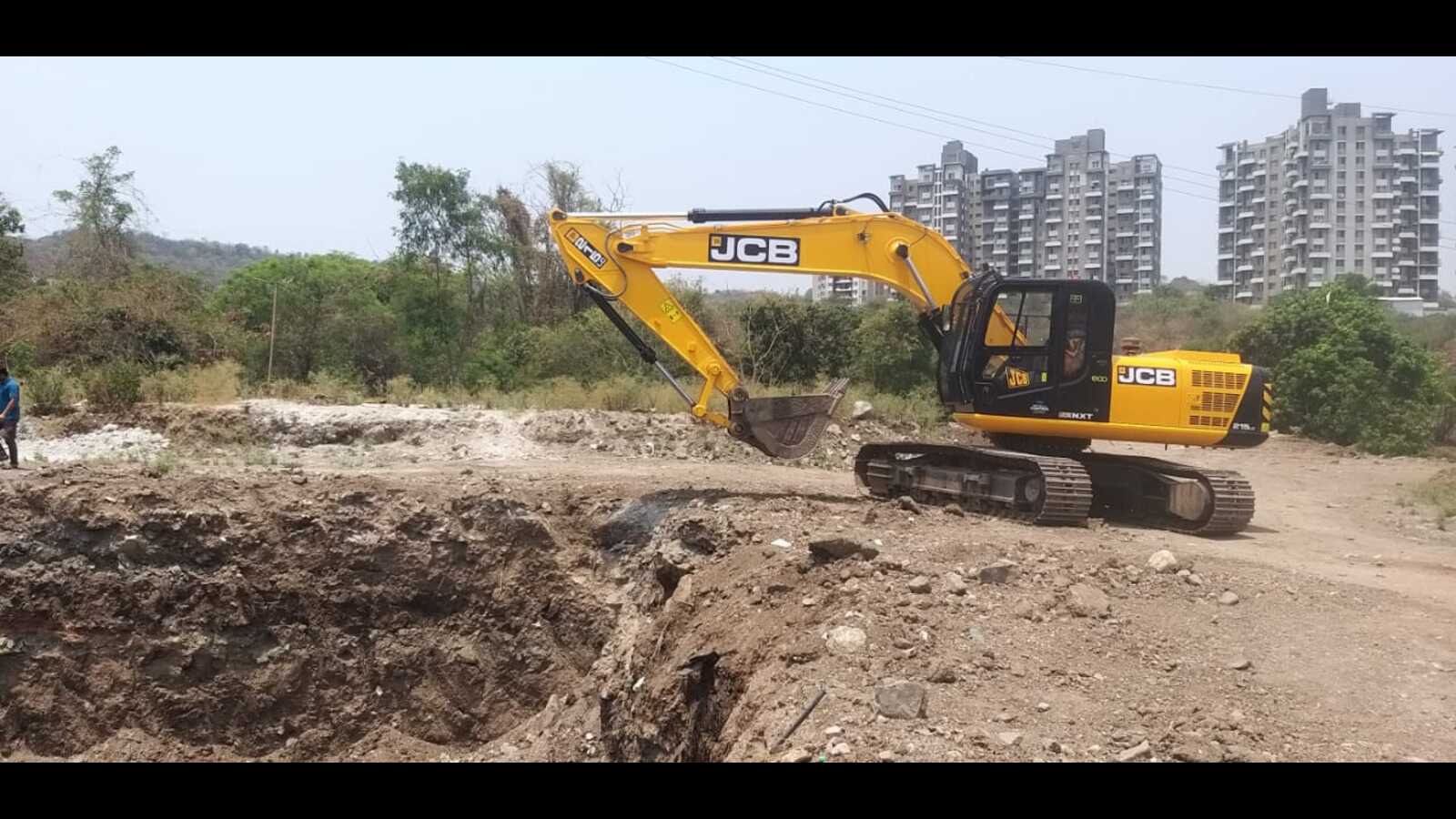 Villagers and residents of Bhugaon, Bavdhan and Bhukum sounded the alarm when excavation activities were spotted in the red and blue line areas of Ram Nadi including the river bank.

The gram panchayat gave 15 days’ notice with a request to halt solid waste management development works in the prohibited area. These illegal constructions have created an obstruction in the natural course of the river. If not acted upon, the gram panchayat will approach the National Green Tribunal (NGT)

Kishor Moholkar, an environmental activist and local resident, said: “We tried to find out the exact nature of the work and the workers told us that a rubbish dump was being built. We met with relevant officials at the PMC and confirmed that the PMC has received a green signal to build a solid waste management project to be developed on the river bank. Work began on April 11. We wrote letters to the authorities to stop the works.

Kunal Khemnar, the additional commissioner who gave the order to start work on the site, said: “The plant we are building is not a garbage treatment plant but a modern garbage transfer station, it is is a closed capsule system. Residents and the gram panchayat may have doubts that we will clear up. We have given Metro the green light to start work as it is part of the land transfer agreement at the Kothrud landfill site.

Bhuagaon Sarpanch Nikita Sanas said, “We raised an objection earlier when the garbage dump was proposed in 2021. We are not against the PMC project, but against the choice of the area. This will further pollute Ram Nadi. Many people have worked to restore this river.

According to the gram panchayat and residents, the Central Pollution Control Board (CPCB) has issued guidelines to specify adequate separation distances between solid waste management facilities and their surrounding area. The objectives are to minimize the risk of negative environmental impacts, support strategic land-use planning decisions and prevent encroachment into controlled areas. They also stated that the Secretary in charge of the States Department of Urban Development is required to notify the buffer zone for solid waste treatment and disposal facilities. The distance criteria for the establishment of waste management facilities, as specified in the Solid Waste Management Rules, 2016, must also be followed.

The NGT also said that as a precaution abundant, at the time the final blue line is reserved, it should be treated as a zone without development according to a GR dated July 25, 2019.

The PMC had previously canceled the site, but the administrator who was appointed after the dissolution of the general body approved the construction of the garbage dump.

“We call on the PMC to stop the project in the prohibited areas for the benefit of the public and to protect the river bed,” said resident Anil Chondhe.

MPCB ​​officer Pratap Jagtap said: “We will look into the matter and make a decision once we have discussed the matter.”