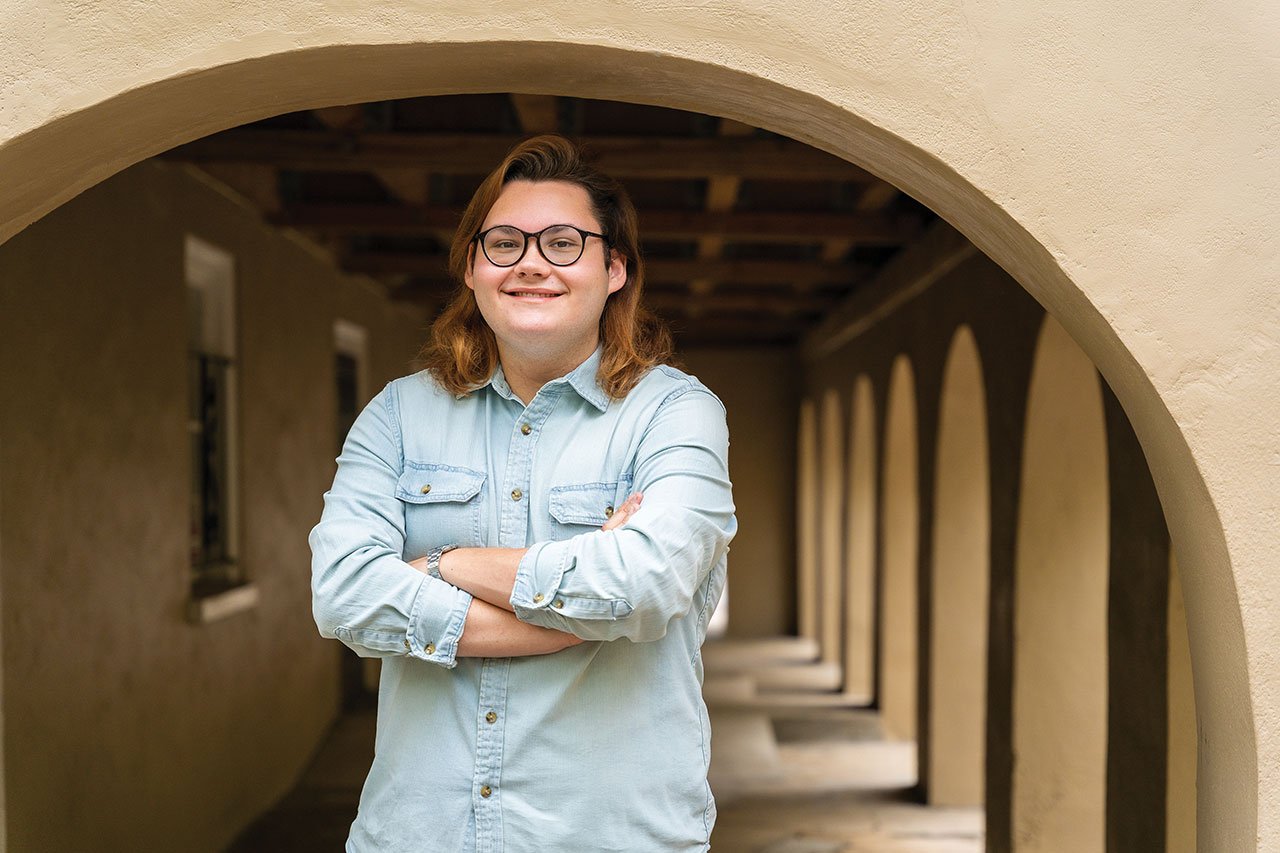 Scholarships open the door to philosophical exploration for CofC students

Understanding the layers of the human condition is complicated. Life stories and the exploration of the issues that define societies and determine personal decisions can be fraught with tragedy, dead ends and few closures.

But it was these challenges that led Patrick wohlscheid, a double major in English and Philosophy at the College of Charleston, to undertake several research projects examining difficult questions about slavery, the literary and ethical exploration of monstrosity, and the aesthetic debates over obscurity and rhetoric in poetry.

“There is definitely a close connection between philosophy and English,” Wohlscheid says. “I think that’s part of where my research comes in. I’m trying to understand how philosophy and literature interact. Obviously they are different, but I think they have qualities that complement each other. And exploring one in the context of the other can reveal a lot of interesting things about both.

His passion and curiosity for the literary and philosophical examination of life led Wohlscheid to receive several grants to support his research. He has twice been awarded the Tomo Cook Fellowship, which supports philosophy students. He is also a recipient of the Macy Ezell Cooke Fellowship, which supports majors in English. And the South Carolina Humanities Council awarded Wohlscheid a scholarship, further supporting his studies.

Tomo Cook scholarship honors CofC major in philosophy Tomo cook died in 2007, just a few months after graduation. Cook was passionate about anything that engaged and challenged the human spirit and his family created the scholarship to support prospective philosophy students who display the same enthusiasm. The Macy Ezell Cooke Fellowship is in memory of Macy Ezell Cooke, a longtime South Carolina devoted to education and literature. Cooke’s daughter and son-in-law, Sally Cooke Christian and James D. Christian ’97 (MPA ’00), created the scholarship to continue his legacy.

In addition to the financial assistance offered by the Tomo Cook and Macy Ezell Cooke scholarships, Wohlscheid says these types of scholarships really encourage students to pursue their interests and go further.

“It’s great to be able to have the confirmation that the work that I really love to do is also recognized by others as interesting or important in some way or another,” says Wohlscheid, who is the editor-in-chief of Collection, the literary and artistic review produced by the students of the College. “I don’t think I would have looked for other opportunities like submitting an essay for theEmerson Company Documents,develop articles for undergraduate research journals or present at the Johns Hopkins Macksey Humanities Symposium without the encouragement provided by these scholarships.

With his confidence boosted, Wohlscheid plans to pursue graduate studies in English after graduating with his bachelor’s degree this spring. He knows his goal of finding a place in academia will be a challenge, but he’s not one to shy away from tough lawsuits. He says it’s the value of embracing something important to him that matters most.

“With the way the world is now, I think honestly it’s just important to pursue something that you love and feel, that enriches your life and makes you a well-rounded person,” he says.

And it’s a philosophy worth exploring.

Ships from the North: Why autarky can’t be New Zealand’s answer to climate change