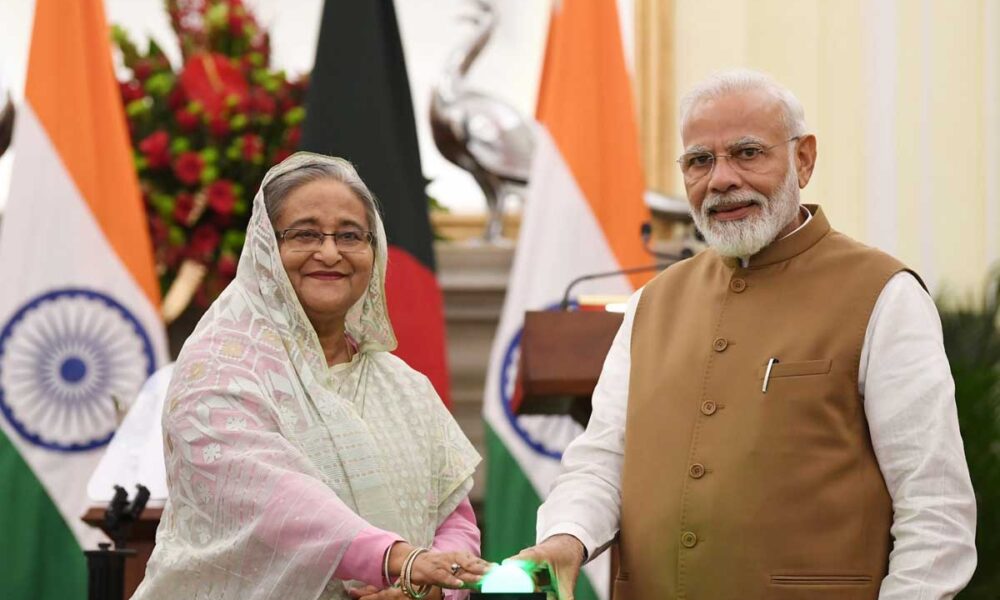 Sheikh Hasina’s visit to India: unlocking the potential of connectivity

In light of recent global geopolitical changes, Prime Minister Sheikh Hasina’s imminent visit to India will have a very beneficial impact and usher in a new era of bilateral and regional cooperation. Three years have passed since the last visit of Prime Minister Sheikh Hasina before the Covid 19 pandemic in 2019. The visit is significant for Bangladesh and India, and various agreements and MoUs are expected to be signed there, incorporating connectivity initiatives in land, water, energy and sub-regional forms. From strengthening political and cultural ties to promoting economically beneficial associations, “connectedness” has become a buzzword in recent years. In the wake of the second wave of globalization, the strengthening of regional and sub-regional cooperation is widely appreciated and recognized at all levels. Thus, connectivity has become a feature of bilateral relations between Bangladesh and India in recent times. Prime Minister Sheikh Hasina said: “We need to improve our connectivity. The north eastern provinces of India – Assam and Tripura – could get access to Chattogram port if the connectivity of the countries is improved”. India and Bangladesh have taken bold steps to enhance communication through roads, railways and waterways, which would tap into the prospects for regional connectivity. The visit is expected to provide a framework for multi-mode connectivity after the two countries resolve major disputes over land and sea borders. Indian High Commissioner to Bangladesh, Vikram Kumar Doraiswami, observes that improving trade and transport connectivity between India and Bangladesh, as well as other neighboring countries, can be a game-changer not only for both countries, but for the whole region.

Why is connectivity so important?

Bangladesh and India have similar historical and cultural roots and many common areas of cooperation that pave the way for a strong strategic partnership. Additional similarities in bilateral relations reflect comprehensive cooperation based on sovereignty, as well as equality, trust and understanding much more than just a neighbor. The implementation of bilateral and sub-regional connectivity projects should be expedited by Dhaka and Delhi as Bangladesh plays an important role in India’s tremendous efforts to implement its Look East policy due to its location. location and its geographical proximity to the northeastern provinces of India. On the other hand, by increasing its exports to northeast India and imposing tolls on vehicles that transport Indian goods through Bangladeshi lands or waters, Bangladesh can also gain significantly . Bangladesh and India share the fifth largest land border and 54 common rivers. Connectivity can provide the channels through which development impulses can be transmitted throughout the region and can increase the momentum for economic and social progress in India as well as its neighbors to the east and south. The purpose of the Bangladesh-India connectivity is to resurrect the earlier routes which had been in use till the Indo-Pakistani War of 1965. Both administrations initiated numerous measures to re-establish railway and other communication links before 1965. Such advances in India hold the prospect of heralding significant changes in its own eastern and northeastern states, including Kolkata.

The expansion of their bilateral connectivity can spill over to the sub-regional level ensuring a greater good for the countries of the region. India is eager to let Bangladesh use its ports, railways and other infrastructure, especially to sell them to non-Indian countries like Nepal and Bhutan. It is important to look at port, energy, infrastructure and economic interconnectivity in South Asia.

Areas of Bilateral Cooperation in Connectivity between Bangladesh and India

At bilateral, regional and international levels, Bangladesh and India share high priority multimodal connectivity plans. A clear illustration of Bangladesh’s continued commitment to support attempts to increase connectivity and economic integration in the region, particularly in northeast India, is the recent opening of the Feni Bridge. On March 9 last year, Indian Prime Minister Narendra Modi opened the ‘Maitri Setu’ (bridge) over the Feni River to support the port’s connectivity with Chittagong, Bangladesh. Additionally, the recently opened Padma Rail-Road Bridge in Bangladesh could improve physical links between the two brotherly countries.

Bangladesh and India share transport connectivity, which creates a win-win situation for both countries. To move Indian products to the northeast, Bangladesh offered Indian transit and transshipment services. Moreover, it is likely to allow the transit problem to benefit from synergies with the recently constructed Padma Bridge, which connects southwestern Bangladesh, including the seaport of Mongla, to the rest of the country as well as to India.

Both South Asian nations enjoyed rail connectivity during the colonial period and even after partition. Several rail links between Bangladesh and India are currently in operation. On December 17, 2020, the newly reconstructed rail link between Chilahati (Bangladesh) and Haldibari (India) was officially inaugurated by the Prime Ministers of these two nations. As the COVID-19 pandemic continued, both countries began using side-door container and parcel trains to ensure uninterrupted supply lines. In September 2022, a long-awaited rail link between Agartala and Akahura will be completed. During the next visit, it is expected that India will probably offer to increase rail connectivity and restore three more rail services between India and Bangladesh as it considers connectivity as

Bilateral connectivity also exists and can be extended much further, for example, in the maritime domain. Bangladesh has expressed interest in being part of India’s pioneering initiative – Security and Growth for All in the Region (SAGAR). In July 2020, a successful trial of transshipment of Indian products from Kolkata to Agartala via Chattogram was completed. Tripura will benefit immensely, especially since it is in the landlocked northeast. The two leaders are likely to discuss Bangladesh’s opposition to the establishment of an Integrated Checkpoint (ICP) as well as other issues regarding Tripura. The Prime Minister’s visit will pave the way for future connectivity as well as the scope of unresolved bilateral connectivity projects both on land, water and regionally. Thus, the two countries will be able to unleash their untapped resources and opportunities in terms of bilateral cooperation and connectivity.

Prospects for regional and sub-regional connectivity

These two nations have worked together to create a rich and secure South Asia, with particular emphasis on regional cooperation. They discussed regional collaboration and institutions on a bilateral basis. For example, Bangladesh proposed the South Asian Association for Regional Cooperation (SAARC) and India contributed to its realization. In addition, Bangladesh and India collaborate closely on regional platforms such as the Bangladesh, Bhutan, India, Nepal (BBIN) Initiative, the Association of Indian Ocean Rim Countries and the Bay of Bengal for Multisectoral Technical and Economic Cooperation (BIMSTEC). To strengthen and expand regional economic cooperation, Asia must now encourage the connection of infrastructure within the area. Investing in infrastructure connectivity could increase productivity and competitiveness, accelerate economic recovery and support balanced, sustainable and inclusive growth in the medium to long term. Additionally, the connection could encourage environmental sustainability by promoting the growth of international green transport and energy networks.

Several regional connectivity projects are expected to materialize, requiring cooperation between Bangladesh and India that can bring comprehensive development to South Asia. The routes of the Asian Highway Network (AH 1 and 2) can enable greater business and social interactions between Asian countries, including personal contacts, project capitalizations, connections of major container terminals with transport points and the promotion of tourism via the new routes. Additionally, through the execution of the Motor Vehicle Agreement between Bangladesh, Bhutan, India and Nepal (BBIN) and the regional hydropower grid with North East India, Nepal and Bhutan, Bangladesh is also keen on regional connectivity.

The India-Myanmar-Thailand (IMT) trilateral agreement has possible positive implications in terms of energy development in the region where Bangladesh aspires to be a partner. This agreement can increase Bangladesh’s capacity in terms of time and cost and reduce energy dependence on Europe. Bangladesh, China, India and the Myanmar Economic Corridor (BCIM) can provide access to many markets in Southeast Asia, improve transport infrastructure and create an industrial zone. The strong friendship and cooperation between Bangladesh and India can be a key factor in realizing these regional initiatives.

Following the Covid pandemic and the Russian-Ukrainian war, global and local politics, both blocs are trying to swing nations to their respective sides in light of the growing rivalry between the West and Russia, and China. In such a context, Bangladesh and India should work together to overcome existing challenges and focus on peace and stability to promote stronger friendship and cooperation. Therefore, Prime Minister Sheikh Hasina’s recent visit can enhance the existing connectivity arena and at the same time release the area of ​​cooperation which has deep significance both in terms of bilateral cooperation and regional solidarity.