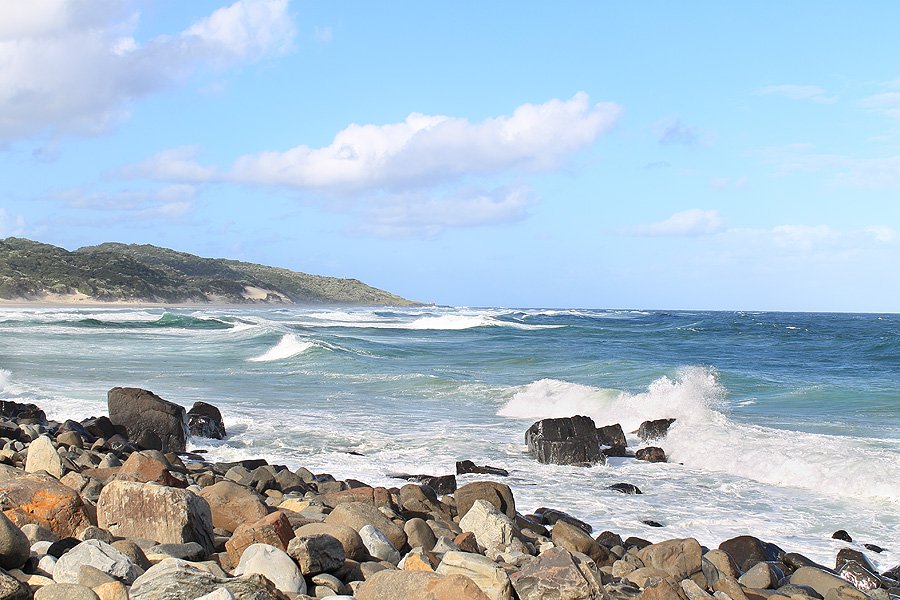 Shell wants to search for fossil fuels off South Africa. What are the latest novelties in the saga?

Oil and oil heavyweight Shell has come under fire for its plan to explore fossil fuels on South Africa’s rugged coast, with activists and advocates pointing to the risk of damage to the local environment and its wildlife.

Towards the end of 2021, a petition was prepared by the Oceans Not Oil coalition – individuals and organizations who have come together to speak out against South Africa’s continued dependence on fossil fuels – and initially sent to the ministry. of Forests, Fisheries and the Environment. . The petition, accompanied by a letter from concerned citizens, was then addressed to Minister of Mineral Resources and Energy, Gwede Mantashe, and called for his approval of the seismic survey to be withdrawn. The petition has collected nearly 400,000 signatures as of December 5, 2021.

Environmentalists, maritime activists and the general public have staged numerous protests (over 60 as of January 2022) on the streets and beaches of South Africa, including in Cape Town, Johannesburg and Plettenberg Bay, where the investigation must be conducted. .

They worry about the additional damage that fossil fuels will cause to the natural environment, the noise pollution that will be created, the marine life that will be affected – which includes endangered species – and the livelihoods of communities. already disadvantaged.

On November 21, 2021, activists across the country began to protest against the arrival of the “Amazon Warrior”, the investigative vessel, on South African shores. Since then, the battle has been tough. More protests took place during the month and more citizens got involved in Shell’s stance against fossil fuel exploration, which is expected to be led by Shearwater GeoServices on behalf of the oil company.

On November 29, environmental and human rights activists from Greenpeace Africa, Natural Justice, the Border Deep Sea Angling Association and the Kei Mouth Ski Boat Club filed a bid against the petrochemical giant in an attempt to shut down the company in its momentum.

Unfortunately for activists, on December 3 a South African court ruled in favor of the multinational company, sparking outrage from environmentalists and concerned citizens.

Shell had already started the investigation on December 8, 2021 despite protests from environmentalists, human rights activists and fishing communities affected by the wild coast.

However, in a temporary victory for environmentalists, Makhanda’s high court decided to halt exploration on December 28 because Shell did not have the necessary environmental approvals. The company has since halted the investigation while it reviews the court ruling and says it respects the court ruling.

What is a seismic study?

A seismic survey is an underground survey or search for oil or gas deposits. According to a statement made on Shell’s official website, the company wants to oversee a 3D seismic survey off the South African coastline of the Eastern Cape (on which the rugged coast is located) to explore potential oil reserves below the seabed. .

In a nutshell, Shell’s seismic vessel would fire air cannons every 10 seconds for 24 hours, reaching the depths of the ocean surface. This would result in extremely strong shock waves that penetrate deep into the water and about 40 km into the earth’s crust below the seabed.

According to Daily Maverick, the investigation is just one of a few offshore exploration projects currently underway or planned along the South African coast in the near future. No less than four planned investigations are waiting to take place.

Who would be most affected and why?

The rugged coast is one of the most unspoiled beaches in southern Africa, however, while this process is underway, marine life would be disturbed and the surrounding environment could be damaged.

Animals that would be affected by this activity include (but not limited to) dolphins, turtles, fish and squid eggs, and especially migratory humpback whales that breed in the area would be most affected. In addition, the livelihoods of fishermen and communities with businesses that depend on ecotourism would be strongly impacted.

Speaking to the Daily Maverick, Carmen Mannarino, program director of Masifundise Development Trust, an organization that supports small-scale fishing communities in their advocacy for legal recognition, said communities in the Eastern Cape have fought for a long time and harshly for their fishing rights and that they should not be sold for a profit. She went on to mention that some members of the community also rely on the region to continue their cultural practices.

“As we’ve seen in other parts of the country and around the world, these types of activities can be very disruptive to marine life and alter the migration and movement patterns of fish species. This leads to fishing communities that do not have the same access and to reduced harvests, ”Mannarino said.

Exploration plans come at a critical time in the fight against the climate crisis, with an urgent global need to reduce carbon emissions and dependence on fossil fuels.

In fact, the International Energy Agency has warned that no new fossil fuel projects can happen if the world is to reach net zero emissions by 2050 and beat climate change.

What does Shell say?

Shell says that by conducting the investigation they would be acting within the jurisdiction of the law, but that does not mean that it is acting in the interests of the environment.

Shell’s legal representative, attorney Adrian Friedman, said seismic studies have been carried out around the world for over 50 years while also undergoing extensive peer-reviewed scientific research over the past 15 years. .

Mineral Resources Minister Gwede Mantashe has defended exploration. “Africa deserves an equal chance to develop its economies through its natural resources,” Mantashe said at a press conference. This despite the commitment of President Cyril Ramaphosa to the country moving away from the consumption of coal and fossil fuels, during the United Nations Conference on Climate Change COP26 in November 2021.

What action can we all take to help?

We can all support environmentalists and activists in their mission to defeat the climate crisis and defend the planet. To help protect South Africa’s rugged coastline, you can search online and in-person protests that you can join, and find a selection of petitions to sign assembled by Greenpeace Africa here.

You can also use your platforms, like your social networks, to express yourself (for example, by sharing this article) and educate those around you to make sure that businesses are also playing their part in tackling climate change and identifying ways to do it. Business. in a way that does not harm the environment and its people.

You can also join Global Citizen’s Defend the Planet campaign, working with us to call on business leaders and world leaders to put the planet first, reduce carbon emissions, end addiction to fossil fuels, fully funding adaptation and mitigation efforts, and more.