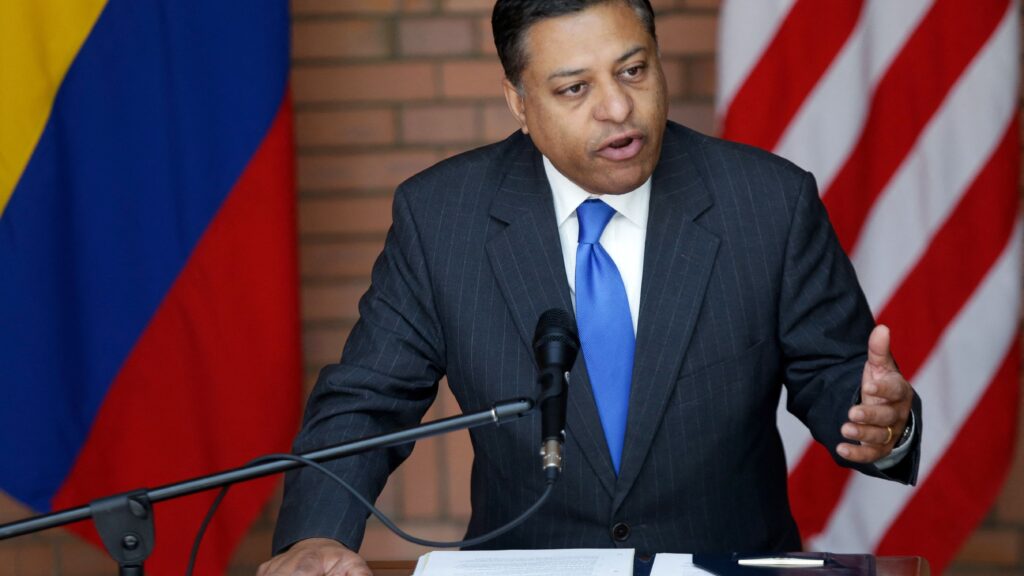 Stigma among doctors is the main culprit of the addiction crisis

OASHINGTON — Rahul Gupta is no stranger to the national addiction crisis.

But even Gupta, now the nation’s top drug policy official, admits the current US drug crisis is unlike anything he’s ever seen. More than 108,000 Americans die from drug overdoses each year. The country’s drug supply is deadlier than ever. And despite the focus on opioids, cocaine and methamphetamine addiction rates are also skyrocketing.

Gupta’s selection as director of the White House Office of National Drug Control Policy, however, ushered in a new era of federal drug policy. As the first doctor to hold the position, he says he will adopt new strategies, including harm reduction tactics, which aim to reduce the risk of drug abusers overdose, death and illness instead of a tough attitude and abstinence only.

Yet drug treatment is hampered by stigma, underuse of existing medications, and ongoing debate over certain harm reduction techniques. The debate came to a head last week in California, where Governor Gavin Newsom vetoed a bill allowing supervised injection sites – essentially clinics where people can use illicit drugs under medical supervision in order to prevent overdoses.

Gupta sat down with STAT this week to discuss the ongoing crisis and the Biden administration’s efforts to address it. Though wary of Newsom’s decision, Gupta took several far more aggressive stances than any of his predecessors: calling out doctors for their role in poor treatment outcomes; arguing that buprenorphine, an addiction drug, is widely misunderstood; and advocating for contingency management, a new addiction intervention that offers rewards – often cash – in exchange for stopping drug use.

The following conversation has been edited for length and clarity.

Which public health crisis do you think will lead to more deaths over the next five to 10 years – Covid-19, or substance abuse and overdose?

We have a dying American [of a drug overdose] every five minutes 24 hours a day, more than 300 a day. Obviously drug overdoses were here before, and they will be here after, Covid-19. And they are expected to continue to rise unless we implement the president’s strategy.

Given this, why isn’t the public treating a crisis that kills 100,000 Americans every year with more urgency?

Well, it’s been an urgent priority for the president, so much so that he talked about it in the State of the Union. He said we have to beat the opioid crisis, and the first two points on his unity agenda were this and the mental health crisis. He sees the connection between the two. This administration understands.

One of the reasons for this apathy is stigma. Right now we use all kinds of derogatory terms for people. We have, of course, the stigma that keeps so many people from seeking help and others from providing help. It’s both — in communities, but also in health care. The stigma in my own profession is no less than what we see in communities and individuals.

Methadone, a drug used to treat opioid addiction, is only available through opioid treatment programs, or OTPs, and often requires patients to come in person each day to receive a single dose. Should it be more widely accessible?

I’m actually interested in setting up an interagency working group on methadone.

Here’s the bottom line: Fewer than 1 in 10 people who need treatment can get it, and the president’s strategy calls for universal access to treatment by 2025.

The way we’re going to get there is to reduce stigma, expand access to treatment and break down the barriers that currently exist – make sure the regulatory framework matches the need of the hour.

People are also expressing concerns about the misuse or abuse of another addiction drug, buprenorphine, even though it is used to prevent cravings and treat withdrawal symptoms. Do you think there is a misunderstanding of what the use of buprenorphine actually means?

So the answer is yes — I’ll give you a straight answer. But let me put it in context: I’ve actually spoken to people who have used buprenorphine that people would say was “diverted”. And they often told me that they wanted to be treated. Either they can’t find someone to care for them, or they were in a queue where they would get an appointment in 30 days, minimum.

When you suffer from substance abuse and addiction, you don’t have 30 days to wait and get sober yourself. People seek treatment and act on their own. This is symbolic of the need to expand access to buprenorphine and ensure that more providers prescribe it; more pharmacies are stocking it; and more and more manufacturers are ensuring this happens and the supply chain continues; and it is accessible and affordable.

The federal government has spent billions of dollars over the past year on vaccines and treatments for Covid-19. Why isn’t there a similar national effort to buy naloxone, the drug used to reverse opioid overdoses?

We have 108,000 people who die of overdoses every year, and three-quarters of them are opioids – that means, by definition, those overdoses can be reversed with naloxone. We know that every dollar invested in naloxone has almost a $2,800 return.

We’re doing everything we can from a federal government perspective, and I’ve had great conversations with [health secretary] Xavier Becerra on this. We ensure that when states receive SAMHSA funding, they have plans for distribution and acquisition of naloxone, including plans for how to distribute to high-risk populations. This includes harm reduction programs and urgent care clinics.

We are also considering an over-the-counter approach.

We’ve talked a lot about how the drugs used to treat opioid addiction are vastly underused. But what does a good drug policy look like for substances that have no approved pharmacological treatment, namely methamphetamine?

While we work with NIDA To review pharmaceutical treatments, we recognize that there are many good treatments available for stimulant-related disorders, such as contingency management and motivational interviewing.

For example, California just had its 1115 waiver approved that allows $599 per year to be used for contingency management. [the practice of offering rewards, including money, in exchange for refraining from drug use]. It is a proven, evidence-based, evidence-based treatment in the absence of any other pharmaceutical option. We certainly encourage more states to consider these approaches.

You have repeatedly said that this administration is historically open to harm reduction. Were you disappointed that California Governor Gavin Newsom vetoed a law that would have allowed a few supervised injection sites to open there on a trial basis?

First of all, it is the prerogative of the governor. We basically said that we are always looking to understand the clinical effectiveness and research of new harm reduction practices. Of course, having said that, we know that there is already the crack house litigation before the courts [concerning Safehouse, a proposed supervised injection site in Philadelphia] — so as far as the court is concerned, we try not to comment on policies yet.

This article was supported by a grant from Bloomberg Philanthropies.

Move the brain along a path