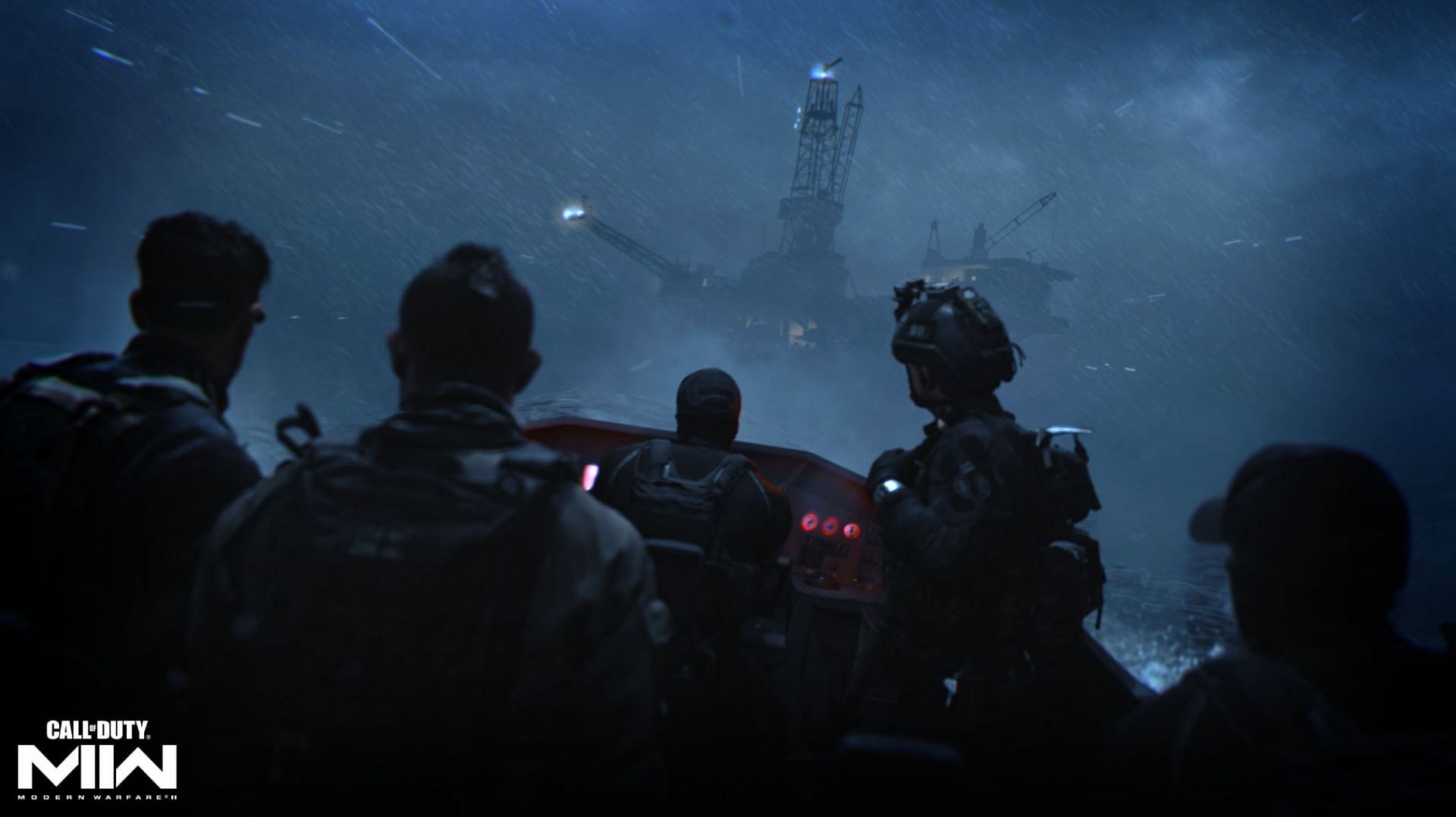 Activision recently revealed a small preview of the Modern Warfare 2 campaign during the Summer Game Fest Livestream 2022. The developers displayed a mission of the game’s campaign with Shadown Company, which is a military faction in the game.

Summer Game Fest 2022 is active, and with plenty of content to show its audience, Activision didn’t shy away from doing so when the spotlight was on them. They generously shared footage from a mission from their upcoming shooter, Modern Warfare 2.

After months of waiting, fans finally get a glimpse of what the game actually looks like and how its mechanics might work. This does not clarify the actual performance of the game, but it gives an idea.

Infinity Ward said that moving the crates you see is something they want to do in MP, but cannot guarantee that the crates’ locations consistently match server lag/lag.

The trailer released yesterday also showed off this Dark Water mission. Infinity Ward said that moving the crates you see is something they want to do in MP, but cannot guarantee that the crates’ locations consistently match server lag/lag. https://t.co/JHuoHKdIwI

The mission begins with some of the task force members joined by Alejandro Vargas, a campaign figure infiltrating an oil rig in the Gulf of Mexico. The platform consists of a missile in cargo storage, which has the potential to trigger a global conflict. The task force members act on the information and cross on a boat to the platform, along with Shadow Company.

Footage shows Soap, Ghost, and Mexican Special Colonel Alejandro Vargas taking over the mission as they silently infiltrate the rig during cover of dark water and night. When the team reaches the bottom of the platform, they begin sneaking back up, taking down enemies from cover and hiding bodies.

Once they reach the top platform, that’s where the pictures start to shine. The gameplay displays several combat engagements and weapons in use. Footage shows the player using molotoves and firing gas barrels to stoke the fire. As for guns, a suppressed rifle and SMG were shown in platforming combat.

Soon the mission takes an unexpected turn as it is revealed that the missile controls are on a nearby ship.

The audience can then see how members of the task force and Mexican special forces board a boat to grab the nearby ship. The level is carefully designed so that players keep their heads up all the time, the covers of the ship always move when the ship itself tilts, the water physics and animations are also in all their glory.

Read also
The article continues below

The footage shows the player using a shotgun at the end to deal with close combat, while sliding on the ship and heading for the door for a breach. This is where the little tease ends when the camera cuts out.

It’s a huge treat for fans as this mission takes players back to the original Modern Warfare 2 in 2009, resembling a similar task called “The Only Easy Day……Was Yesterday”, with players infiltrating an oil rig.

For more on the Summer Game Fest, announcements and reveals, keep an eye out for Sportskeeda’s coverage of it here.

What credit score do you need for a personal loan?