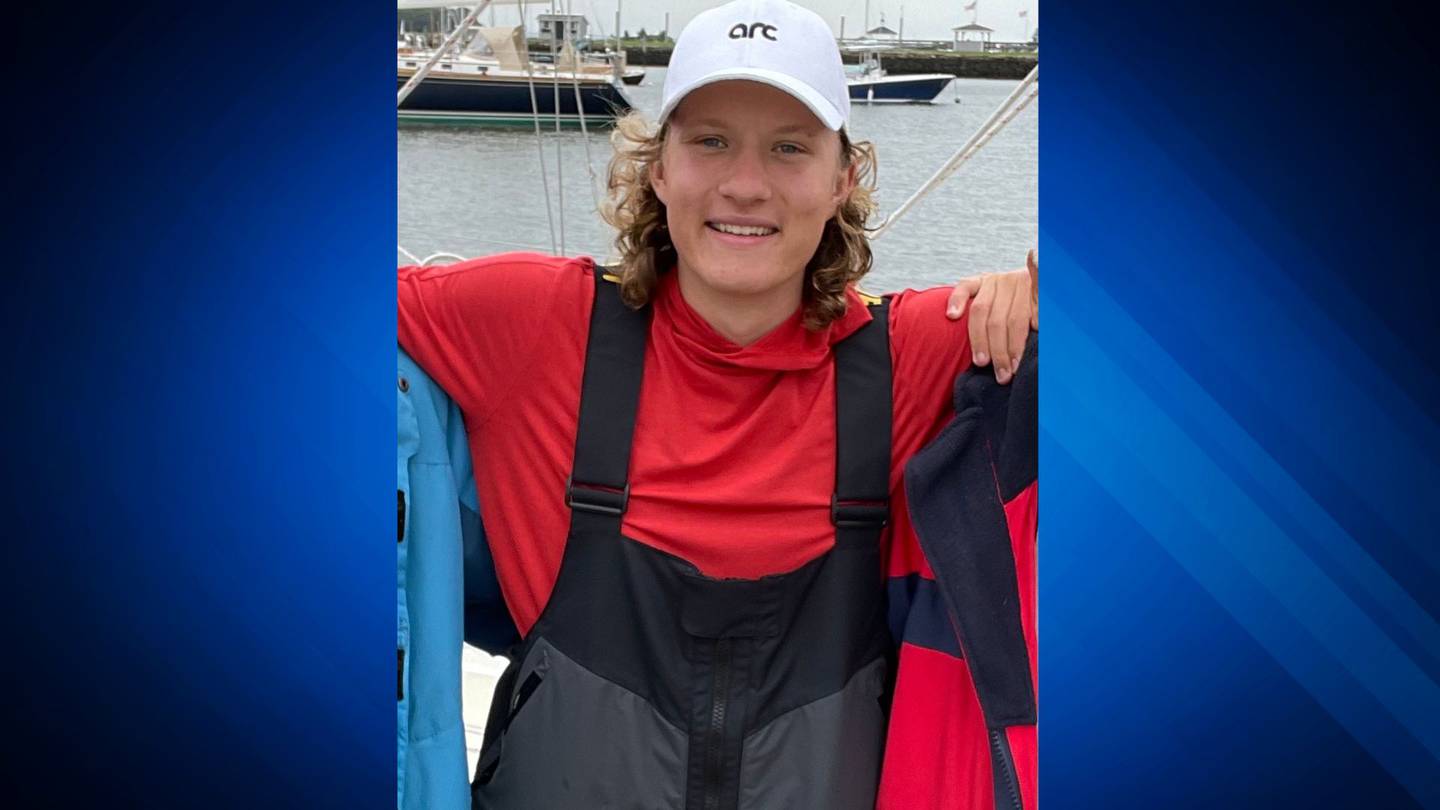 LAGOS, PORTUGAL — A 16-year-old boy with Massachusetts ties has achieved the remarkable goal of becoming the youngest person to sail solo across the Atlantic from west to east.

Cal Currier left Marion, MA, on June 27, bound for Portugal on a 30-foot sailboat purchased for $12,000 from Mystic, Connecticut Sailboat.

He landed in Portugal on July 25. You can follow his travel here.

“There was never a moment of fear or panic on this trip because it was so well planned and thought out,” Currier told Boston 25 News in an interview. “I just wanted to live my life beautifully, I guess. I just wanted to see all the beauty in life and do it as soon as possible.

Currier spent 28 days at sea and completed the 3,900 mile journey until he finally touched solid ground in Portugal where his family eagerly awaited him.

Currier resides with his family in Palo Alto, California, but spends each summer in Duxbury and Marion Mass. visiting with his grandfather.

Currier’s family say Cal only recently learned to sail and had the idea to make the crossing in January.

His family says Currier took sailing lessons in the spring and fixed the boat he bought at the same time. His family says the money used to buy the boat was earned through a camp Currier had started with his three brothers to teach children physics, and by securing sponsorships.

The Guinness Book of World Records says the youngest person to solo cross the Atlantic was David Sandeman from the UK who completed his sail in 1976 at the age of 17.

Currier’s boat, the Argo, is a 30-foot Tartan monohull sailboat built in 1976.

This is a developing story. Check back for updates as more information becomes available.