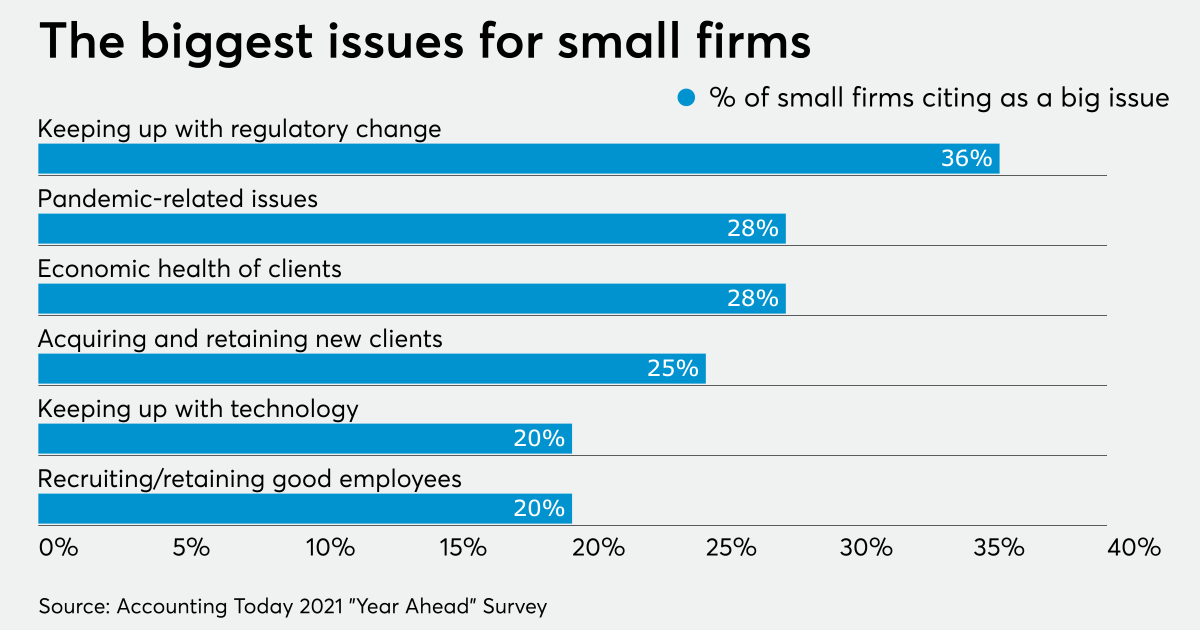 Over the past few weeks, I have conducted two joint retreats, one for individual practitioners and another for two and three partner practices. Accountants from 10 states and Canada participated. It was my first time trying this format and I had a great time as I think the participants did as well.

The attendees were all dynamic, interested, serious and successful owners who wanted to go a little further than their current momentum would, and that energized me. They all have a good income and there was a desire to earn more, but it was not a critical issue. Neither does marketing, with the exception of a business. They were all growing organically and referrals provided a constant stream of new clients. There was a desire to “learn more” about the consulting services offering, but a puzzlement as to exactly how they could generate income from them, which led to a heated discussion. with many ideas raised and discussed.

A personal sense of pride was when the only practitioners organized themselves after their retreat had ended into an informal group along the lines of my Day 2 program, which was a series of focused discussions about what they thought were the issues. the most critical affecting their practices. Each practitioner contributed to the discussions, and clearly and passionately presented their views. It was an incredible morning. Topics identified were pricing, how to best use owner or partner time, use of technology, and staffing.

One group chose pricing and the other technology. The two agreed that optimizing time and staffing was critical to their future and that of their business. Three hours were allocated to discussions on the selected themes. While each topic took a lot longer to be fully covered, some really good action items were decided.

The participants were all successful and wanted to get a few takeaways to implement in their practice. No one needed or wanted major surgery. My suggestion was that they should grab one thing that they could implement the day after retirement ends, and maybe a month or two after that implement another, then another a month later. This would give them three new features by the end of the year. It sounds modest, but if a pattern is followed, where a new thing is added to a practice every month or so, then 50-60 new things would be introduced into the practice over the next five years, and that has to translate into a significant impact. I know they have a lot of ideas; I even introduced them to 21 services that they could offer to clients the day after retirement is over, but I am not including this as â€œnewâ€ because it is client focused. I also gave them a method of marketing and pricing these new services.

We ended with each participant suggesting what they would do â€œtomorrowâ€. They didn’t leave feeling adrift as I told them I would follow up with each of them in about a month to discuss their progress and results. My experience with projects like this is that the enthusiasm wanes as the meeting stages build up. I am now planning follow-up calls to assess the progress of the implementation. So far I haven’t been disappointed.

The joint retreats were sponsored by Rick Telberg of CPA Trendlines, and the results exceeded our expectations. He also showed that the Zoom format was not a hindrance and that collaboration, camaraderie and interaction can be reproduced in a virtual environment.

It turned out that the most critical issue for participants was knowing that they are not alone and that they have understanding peers with whom they can share and voice their concerns, and even have their actions challenged or affirmed. when requested.

Do not hesitate to contact me at [email protected] with your questions about the management of your practice or about assignments that you may not be able to perform.

Edward Mendlowitz, CPA, is a partner at WithumSmith + Brown, PC, CPA. He is on Accounting Today’s 100 Influential People list. He is the author of 24 books, including â€œHow to Review Tax Returnsâ€, co-authored with Andrew D. Mendlowitz, and â€œManaging Your Tax Season, Third Editionâ€. He also writes a blog twice a week covering the issues clients have with www.partners-network.com with the Pay-Less-Tax Man Blog for the bottom line. He is an Assistant Professor in the MBA program at Fairleigh Dickinson University and teaches end user applications of financial statements. Art of Accounting is an ongoing series where he shares autobiographical experiences with tips he hopes his colleagues can adopt. He welcomes questions about practice management and can be contacted at (732) 743-4582 or [email protected]

The sound of the seagrass