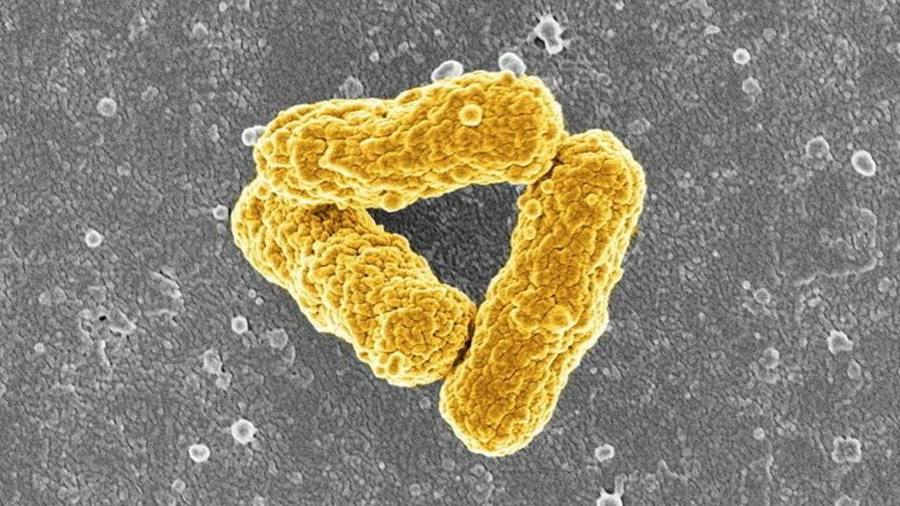 The Cambridge start-up wants to rewrite the code of life

Cambridge scientists have created an ambitious synthetic biology venture that will rewrite the genetic code of bacteria, allowing microbes to make a huge range of new materials, from drugs to biodegradable plastics.

Constructive Bio, as the start-up calls it, is an offshoot of the Medical Research Council’s Molecular Biology Laboratory. A scientific team led by Jason Chin has discovered how to add new chemical letters to the code of life, by which the DNA of genes directs cells to manufacture specific biological molecules.

Reprogramming bacteria in this way could lead to microbial factories capable of making new materials that are not accessible by other means. In contrast, the latest “gene editing” methods, such as Crispr, manipulate existing genetic code but do not create new code.

Following the disclosure of the discovery in a scientific paper last year, Chin co-founded Constructive Bio to bring it to market, with a $15 million seed funding round led by Ahren Innovation Capital completing in June. The company has negotiated an exclusive license with the MRC to exploit its patents on the technology.

Constructive Bio is developing two platform technologies, Chin said. “One is the ability to build a synthetic genome from chemically synthesized DNA, which has broad implications in terms of being able to build organisms that do all sorts of useful things.

“The second is the ability to use these reprogrammed organisms to encode the sequences of fully synthetic polymers, which could be drug-like molecules all the way to new plastics and electronic materials. There are whole classes of new molecules that simply don’t exist today that would have entirely bespoke and differentiated properties,” he added.

Alice Newcombe-Ellis, founding partner of Ahren, said: “The problem for the business will be what to focus on, as there is such a large and large market that it could target. The application that excites me the most is the ability to program polymers to be biodegradable. Most plastics available today are derived from petroleum and are very difficult to degrade.

Since the dawn of life on Earth, DNA has had four chemical letters – abbreviated as A, T, C and G – which the cell reads in groups of three to make amino acids, the building blocks of proteins. But many of these triplets are synonyms, coding for the same amino acid.

Chin and his colleagues took advantage of this redundancy in the code, giving some triplets an entirely new meaning while allowing their synonyms to make all the amino acids essential for life.

“By taking inspiration from nature and reimagining what life can become, we have the opportunity to build the sustainable industries of the future,” Chin said.

Besides the ability to make new materials, synthetic bacteria are resistant to viral infections because viruses cannot replicate in cells that have unnatural DNA. This property could also be a great business opportunity for Constructive Bio, Newcombe-Ellis said.

The company’s reprogrammed microbes are based on E.coli, the species used to make many protein drugs, including insulin. The bioreactors in which therapeutic proteins are produced today are very susceptible to contamination by phages (bacterial viruses), which significantly reduce yield – a problem that could be overcome by incorporating synthetic DNA.

“The dairy industry presents another large potential market as it is particularly affected by the phage problem,” added Ola Wlodek, managing director of Constructive Bio. The company is setting up labs at Chesterford Research Park, outside Cambridge.

Sir Shankar Balasubramanian, professor of medicinal chemistry at the University of Cambridge, said the company’s technology “allows the exploration of chemical space in a way that is not possible with existing methods and has real transformative potential. The development and commercialization of these technologies at Constructive Bio is incredibly exciting.