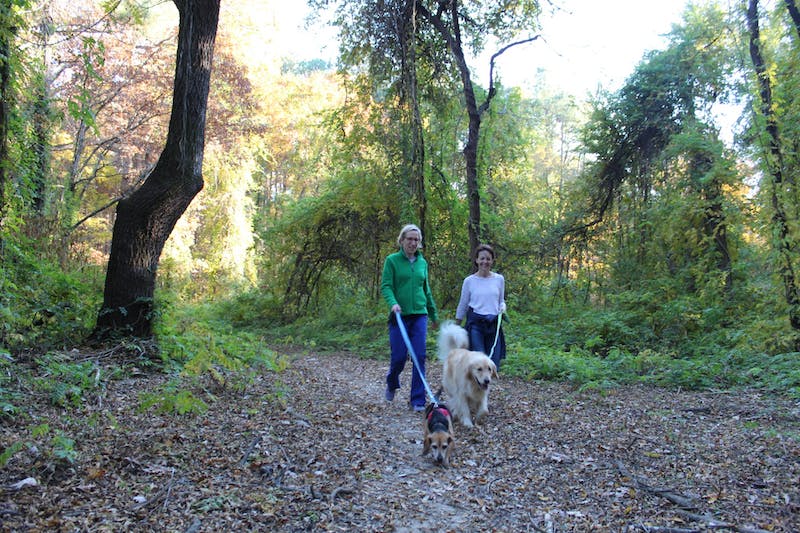 The development of the Greene Tract stalls, will continue after the demarcation of the property lines

The Orange County, Chapel Hill and Carrboro governments intend to continue with their plans for the development of the Greene Tract once property lines are defined – although little has happened to the Tract since the year last.

In November 2021, the three jurisdictions passed a resolution allowing the development to provide space for affordable and mixed-use housing, as well as a future school and outdoor recreation site.

Orange County Planning and Inspections Director Cy Stober said once the plan is signed off by all jurisdictions, planning for the Tract will continue to progress, but there are no known predictions on a time for further progress.

They plan to set aside land for an elementary school, park and affordable housing. About 60 acres are set aside for preservation.

The land was purchased in 1984 by Orange County, the City of Chapel Hill and the City of Carrboro and was originally intended to be used for a landfill. The land is still jointly owned and managed by the three jurisdictions.

As previously stated, 60 acres are designated as “Headwaters Preserve” by Orange County. The remaining 104 acres are split between Orange County, Chapel Hill and Carrboro.

“We have to plan for what the future holds in terms of recreation or conservation,” Orange County Deputy Executive Travis Myren said.

Key aspects of planning for the Headwaters Reserve and the Greene Tract are defining property boundaries and producing a management plan dedicated to protecting the environment of the Tract, Stober said.

“The recombination plan has been drafted, and it’s been drawn to separate the Headwaters area from the rest of the Greene Tract,” Stober said.

In 2017, elected officials from all three jurisdictions decided to prioritize construction of an elementary school and parks, preservation of valuable environmental features, protection of historical and cultural resources, promotion of cost-effective infrastructure and the identification of areas for future development in the Tract.

“This continues to be a cooperative effort between the three jurisdictions, and so we will continue that cooperation in the future,” Myren said of the plan.

Despite the 2021 ruling that solidified the Greene Tract’s plans, scientists and citizens still have environmental and wildlife concerns about the effects of construction.

Will Harlan, scientist and senior conservation advocate for the North Carolina Center for Biological Diversity, wrote a letter to Orange County about the Tract and how it could disrupt the habitat of ecosystems that rely on watersheds in the Tract, especially a species of four -toed salamanders native to the surrounding wetlands.

“I think prioritizing the needs of the historically black community and the needs of these really rare and endangered salamanders would be the best and highest use of a really important territory,” Harlan said.

The group Friends of the Greene Tract Forest was formed to advocate for the preservation of Tract land in 2019 and suggested that 80% of forest land be protected in the 2021 resolution.

John Dempsey, a citizen involved with the group and public commentator at the November 2021 meeting, said Urban Stream Syndrome, which occurs when urban growth causes nearby waterways to degrade, was a threat to the Tract.

Dempsey said while concessions have been made to protect the region’s biology, more needs to be done.

“They haven’t gone far enough to ensure there won’t be any biological degradation,” he said.

Stober said environmental concerns were closely monitored for the Tract plan and the county worked with other government organizations on the environmental front.

A Environmental assessment on the Orange County website details the Tract’s management strategy.

To get the day’s news and headlines delivered to your inbox every morning, sign up for our email newsletters.

Things You’ll Notice When Cruising on an Older Cruise Ship