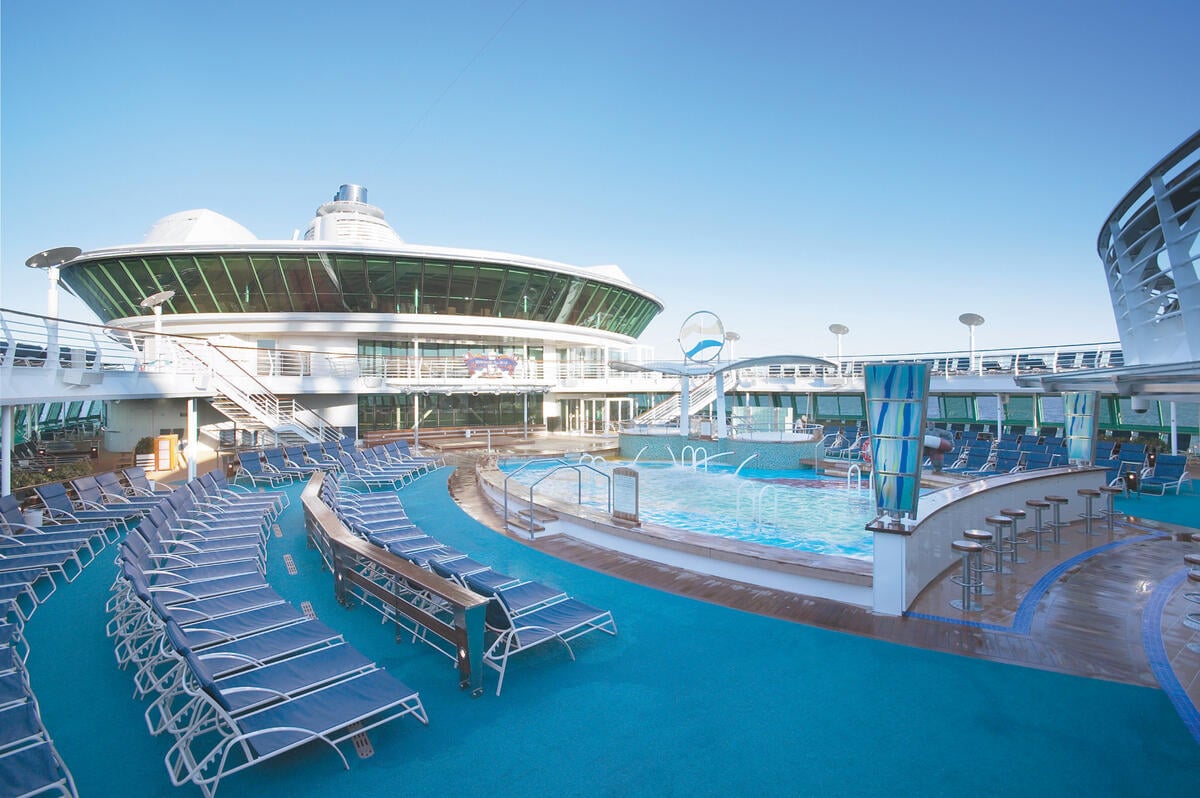 Things You’ll Notice When Cruising on an Older Cruise Ship

I think there are plenty of good reasons to sail on older Royal Caribbean cruise ships, but there are at least a few nuances that you’ll quickly notice if you’re used to newer ships.

Older cruise ships are a relative term, as all ships age. Depending on your definition, this could include vessels that are 5, 10 or 20 years old.

No matter how old a ship is, Royal Caribbean does a good job of maintaining its fleet with regular updates and even upgrades to some ships.

Read more: What was added to every Royal Caribbean ship during its Royal Amplified refit

Some of the best reasons to go on an older cruise ship are to take advantage of lower prices, as older ships tend to be cheaper than newer ones. Some of the best cruising values ​​can be found on a Radiance, Vision or Voyager Class cruise ship.

Also, older ships tend to be smaller (relatively speaking), allowing them to get to less busy ports, especially in Europe.

While the basic experience is pretty much the same on all Royal Caribbean cruise ships, you’ll notice some differences on older ships. It’s not a bad thing about this list, nor does it mean you shouldn’t book an older ship. It’s just a way of pointing out some differences since new cruisers are often curious about what’s different between ships.

Before you board, here are the biggest changes you’ll notice on past Royal Caribbean cruise ships.

If you’ve been on a newer cruise ship and then an older one, the cabin is one of the first places you’ll become aware of a ship’s age.

Just as a house built 20 years ago probably looks different than a house built today, cruise ship cabins on older ships will not have the same modern style as a ship like Wonder of the Seas.

Certainly, the wall color, artwork, and bed skirts stand out on the older generation of cruise ships.

Beginning with the Quantum Class and Harmony of the Seas ships within the Oasis Class, Royal Caribbean has adopted a more modern look for its cabin design.

Another major difference with an older ship is the lack of outlets.

Older ships tend to have at most a few outlets to use, while newer ships have plenty of outlets and even USB outlets that you can use in your cabin.

No matter what ship you’re sailing on, it’s a good idea to get a cruise ship outlet expander to ensure you have plenty of outlets.

Much like when you visit your parent’s house, wide bezel TVs are something you’ll instantly recognize as an older look.

Don’t worry, there are no more cathode ray tube (CRT) TVs on ships, but flat screen TVs have come a long way in their feel.

A few Royal Caribbean cruise ships still don’t have pay-per-view or any type of interactivity in their cabin televisions. This may not matter much since most passengers don’t stay in their cabin to watch a movie.

Not only do newer ships have more channels and movies to watch, but you can view onboard charges via TV and even order room service.

On older ships, you’ll also quickly notice the shower curtains that are there instead of the hard plastic enclosure.

Royal Caribbean has upgraded many of its older ships over the past decade to add more specialties. The Radiance, Voyager and Freedom class ships all had new specialty restaurants added during the renovations.

Of course, the brand new Oasis and Quantum Class ships will still have many more specialist dining options.

If you’re sailing on a Vision-class ship, you can expect at least specialty restaurant choices. Enchantment of the Seas only offers the Chops Grill and Chef’s Table for specialty dining choices.

The Royal Caribbean app is now a staple of the cruise experience, but you’ll have fewer icons to click on older ships.

To be fair, even a few Oasis-class ships don’t have all of these features yet, but you certainly won’t find these options in older ships.

The good news is that the basic functionality set across the entire fleet encompasses exactly the sort of things you’ll want, so you’ll be able to check in online, manage your onboard expenses and view activities.

No shows on Broadway

Royal Caribbean has made a name for itself by offering Broadway shows on select ships, but don’t expect to find them on older ships.

With the exception of Independence of the Seas and Liberty of the Seas, Broadway shows are relegated to Oasis and Quantum class ships.

Of course, there will always be evening shows on older ships. These shows include a lot of dancing, singing, and music, but lack a cohesive plot across the whole show.

Another thing you might notice in these shows is that the music selection reflects the time the ship was launched. Some of the newer bands are playing music that was new and popular at the time, but is now considered a classic hit.

The actors in these shows are just as talented as the actors on Broadway, and they’re fun to watch.

If you are sailing on a Radiance or Vision Class cruise ship, you will not have a Royal Promenade.

Instead, there’s a Centrum, which is a large open area inside the ship. A set of elevators go up the Centrum, along with shops, bars, cafes, etc.

You’ll find activities throughout the day at the base of the Centrum, such as live music, demonstrations, and even game shows.

If you want to shop, you just have to walk from the Centrum to the shopping district, which is a corridor of ship stores that you can browse.

The newer the Royal Caribbean cruise ship, the smaller the footprint of the Schooner Bar.

On the Vision class, the Schooner Bar is massive with a much more pronounced nautical theme.

You’ll still get a pretty good sized schooner bar on the Voyager and Freedom class ships, but the size is significantly smaller. The Oasis-class bar schooner looks much smaller than the rest of the fleet.

If you’re sailing on an older ship, you’ll want to take advantage of these larger bars for the great seats and ocean views.

Souvenir photos taken by the ship’s photographers have largely gone digital, but older ships still print copies for you to browse.

In the photo gallery area, you will find a wall of printed photos that you will need to browse to find your photos. The crew categorizes the photos by the day they were taken and the location.

On newer ships, you simply scan your SeaPass card and all of your photos appear on screen, allowing you to print only the photos you want to purchase.

This might be the most obvious thing you’ll notice, but the ship will likely be smaller on older ships.

As Royal Caribbean has built new ships over the years, they have steadily built bigger and bigger cruise ships.

The good thing about a smaller ship is that your “travel time” from one end of the ship to the other is significantly less. This means that if you forget something in your cabin, the round trips will be less like a ride on a small boat.

Mexican restaurants, self-leveling pool tables, and the Brazilian steakhouse are all examples of things Royal Caribbean put on its ships and then ditched in favor of something else.

You may come across a specialty restaurant concept that is only found on a handful of ships, such as Sabor or Samba Grill.

The Radiance class has these safari or jungle-themed lounges that also include bars that rarely open.

There are also bars that do not exist on newer ships, such as the Champagne Bar or the R-Bar. The bar in the Viking Crown Lounge on Radiance-class ships turns slowly at night.

The development of the Greene Tract stalls, will continue after the demarcation of the property lines

The pancreatic image bank should contribute to the advance