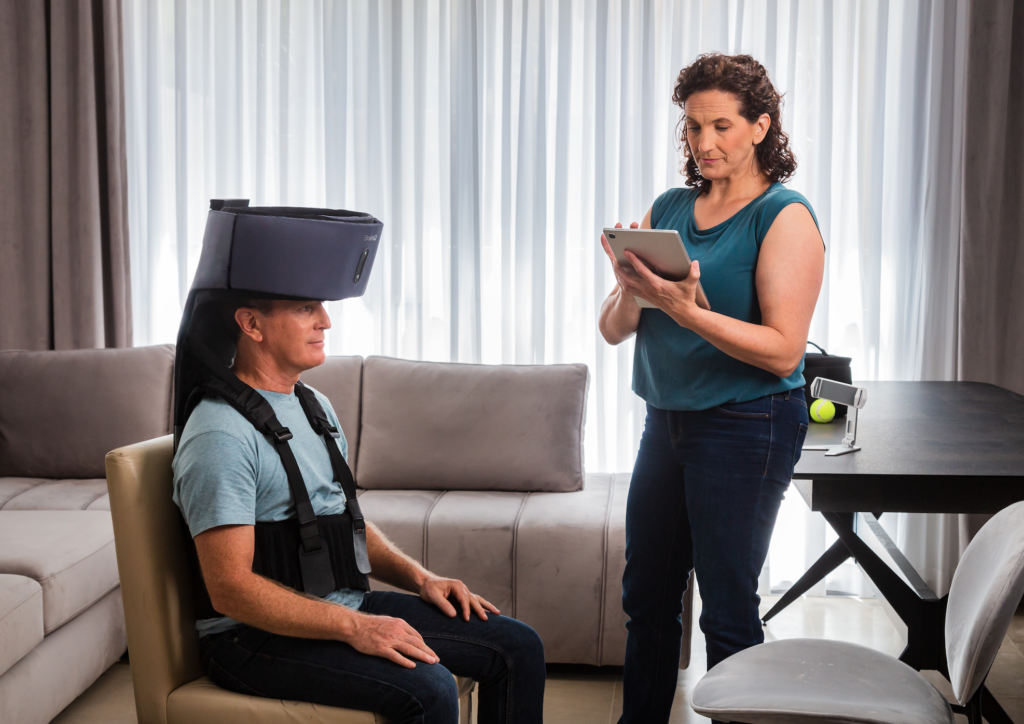 This Israeli entrepreneur used his doctorate. in physics to help treat her son’s rare neurological disease

Often times when we speak with entrepreneurs about the origin story of their innovation, they tell us how they recognized bottlenecks or vulnerabilities in their previous jobs or in the military. However, every once in a while we come across a startup, which was founded from a truly exceptional story. Enter BrainQ, a startup that seeks to change people’s lives.

While studying the atmosphere as a physicist, Yaron Segal, PhD, welcomed his second son, Lir, into the world. However, within a few months, Lir was diagnosed with a very rare genetic condition that affects the nervous system. Throughout diagnosis and treatment, Segal realizes that, in the same way that he transmits magnetic fields in clouds, he could do the same thing but in the human brain.

This was the creation of BrainQ, an Israeli startup developing technology to help patients who have suffered from stroke. In the United States alone, more than 800,000 people suffer from stroke each year. The debilitating attack can often leave the victim with some form of chronic disability. BrainQ technology activates a low-intensity electromagnetic field, which is determined by machine learning models trained on biological data from the brain waves of healthy people, as well as the brain waves of people with neurological damage. Treatment essentially mimics the normal activity of the patient’s neural networks and should encourage the recovery process as part of treatment in the patient’s hospital or home.

BrainQ recently secured $ 40 million in Series B funding. The round was led by Hanaco Ventures, with participation from Dexcel Pharma, Peregrine Ventures and existing investors OurCrowd, Norma, Sailing Capital, IT Farm, Millhouse and Qure. The company has raised $ 53 million to date. The capital will be used to fund the company’s next clinical trials in the United States. BrainQ has already received FDA approval for a “breakthrough device,” which means final FDA clearance for Israel’s MedTech device will be a little easier to obtain when the day comes.

BrainQ Co-founder and CEO Yotam Drechsler said, â€œWe have seen great strides in increasing stroke survival rates, but it remains the leading cause of long-term disability. With new funding and strong research partners, we are entering our pivotal study to dramatically increase the window of opportunity to reduce disability and improve recovery potential. “

Why Doximity Stock jumped on Monday