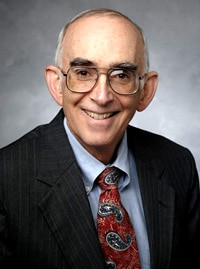 He received his bachelor’s degree in physics in 1958 from Michigan State University, followed by a doctorate. in Physics in 1964 from the University of Wisconsin.

Tom is internationally known and recognized for his pioneering work and fundamental contributions to the development of high luminosity linear particle accelerators. He became a member of the laboratory in 1993. He was an excellent professor and gained a worldwide reputation for the courses in accelerator physics which he taught at various national and international universities such as Harvard University and Peking University. on behalf of the US Particle Accelerator School.

Besides his voluminous number of publications, he is best known for his book entitled “RF Linear Accelerators” (John-Wiley) which has become the standard textbook in graduate schools around the world.

Tom was an avid runner and loved to run errands. He competed in the Boston Marathon in 2005 at the age of 68, and the Marine Corps Marathon in 2007 at the age of 70, as well as numerous other marathons, half-marathons and triathlons. He was also an outdoor enthusiast who roamed the mountains of New Mexico and a great thinker interested in world history, world religions, science and natural history, constantly reading to en learn more about the topics that interested him. He learned to sail on his own in high school, getting on a boat in a sailing race and just following the other boats. He was known as an excellent travel companion by his colleagues due to his ability to find great restaurants in any city. He was also a sports fan cheering on his beloved Michigan State Spartans, as well as the Chicago Bulls, Chicago Bears, and Houston Astros.

Tom loved his family and his music. He was an exemplary father to his children. He lived for over 40 years in Los Alamos. He spent many hours coaching football (a sport he never played and had to learn from books) and traveling with his wife and children. He loved to play the banjo and sing for his grandchildren. He was an active member of the Catholic Church and enjoyed singing in the choir for several years during his retirement.

Tom died on November 20 in his home with his family from complications from Alzheimer’s disease. He was predeceased by his parents and nephew, Tom Wangler. He is survived by his wife Julia of 46 years, his son Michael, his daughter Annie Blank and her husband Andrew, 5 grandchildren Samuel and Claire Wangler and Marissa, Devin and Isaac Blank, his brother Frank and his wife Kim, his nephew Steve and Steve’s family and his nieces, Lynde and Jessica.

The family thanks Damian Tapia d’Egis for his excellent home care.

Sinead O’Connor: The singer described his son Shane as an “extremely…