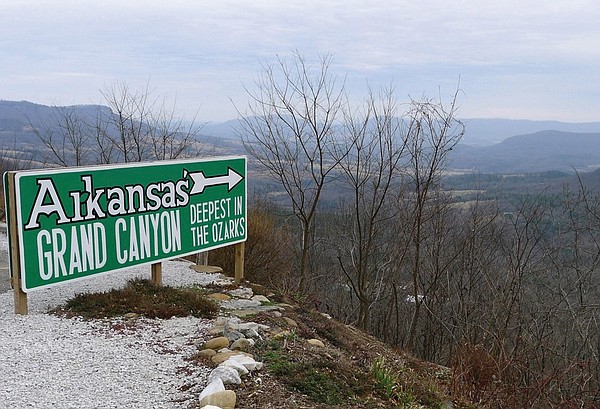 Residents of 11 mountain counties in Arkansas will receive weather advisories, watches and altitude-based warnings from the National Weather Service starting in March.

The Weather Service’s Little Rock office oversees 47 counties, and 36 will continue to be zoned by county lines. The remaining counties – Boone, Johnson, Logan, Montgomery, Newton, Polk, Pope, Scott, Searcy, Van Buren and Yell – will each be divided into multiple areas in the Ozark and Ouachita Mountains.

The rezoning will take effect March 22 and will produce more targeted and accurate weather forecasts and warnings, according to the National Weather Service.

“Having to warn the whole county to [severe weather in] basically areas above 1,000 feet, it’s really not as accurate as it should be, so it will give us more flexibility,” said Brian Smith, senior forecaster at the National Weather Service and responsible for the rezoning project.

Forecasters have been working on the zoning changes for months and recently notified emergency management offices in affected counties, said Dennis Cavanaugh, meteorologist in charge of warning coordination with the weather service’s Little Rock office.

Several emergency management directors and county judges welcomed the decision to rezone based on elevation.

Pope County Emergency Management Director Justin Drittler called the rezoning “a worthwhile deal.” He remembers an ice storm several years ago that damaged power lines and utilities in the mountainous northern part of the county, but had no impact on the southern part.

“We start in the [Arkansas] River Valley in the Russellville area, and by the time you get halfway into our county, you have quite a significant elevation change,” Drittler said.

The imaginary border marks a sharp elevation change, since the northern half of the county is part of the Ozark Mountain Range, he said.

“Sometimes we get 3 inches of snow in the northern part of the county and absolutely nothing in the southern part,” James said.

Boone County has the same elevation difference in its southwest corner, Emergency Management Director Daniel Bowlen said. He noted that some areas face flash floods, which do not affect higher elevations.

Other states with large differences in terrain have multiple forecast areas per county, such as Colorado and Nevada in the Rocky Mountain region and the mountainous islands of Hawaii, Cavanaugh said.

Not all county officials believed that new forecast areas would benefit their regions.

“I want to warn all my friends regardless of county area because I have people driving from southern Scott County to Fort Smith for work and errands,” Forbes said.

Yell County has a contract with CodeRED, an emergency alert system that distributes area-specific weather warnings and advisories as well as notifications about other hazards such as road closures and Amber Alerts, said County Judge Mark Thone.

“It worked great on boil water commands, like if a water main was broken or if schools had to close at 1 p.m. not 3 p.m., so that’s a good service” , said Thone.

Cavanaugh said rezoning will benefit more than individual counties. The weather service works with the Arkansas Division of Emergency Management to deploy resources to areas affected by extreme weather, such as dispatching Arkansas National Guard vehicles to rescue people whose cars slid on the icy roads, he said.

Division spokeswoman LaTresha Woodruff said in an email that the agency was evaluating the new areas to see if it needed to make any changes of its own.

Additionally, the Arkansas Department of Transportation may be better prepared to deal with icy roads in certain areas or conserve resources in areas unaffected by inclement weather, Cavanaugh said.

“We rely on the National Weather Service for our decision making – this weekend is a great example – so I think it’s a smart move,” said Department of Transportation spokesman Dave Parker.

Cavanaugh said last week that the new zones would be helpful if they were in effect during snowy weather across Arkansas on Saturday.

“We wish we could test them for this winter storm, but we’re not going to be able to, so we’ll still have to issue county-based warnings,” he said.

Mum who couldn’t afford to feed herself pays off £9,000 debt and forgave home loan