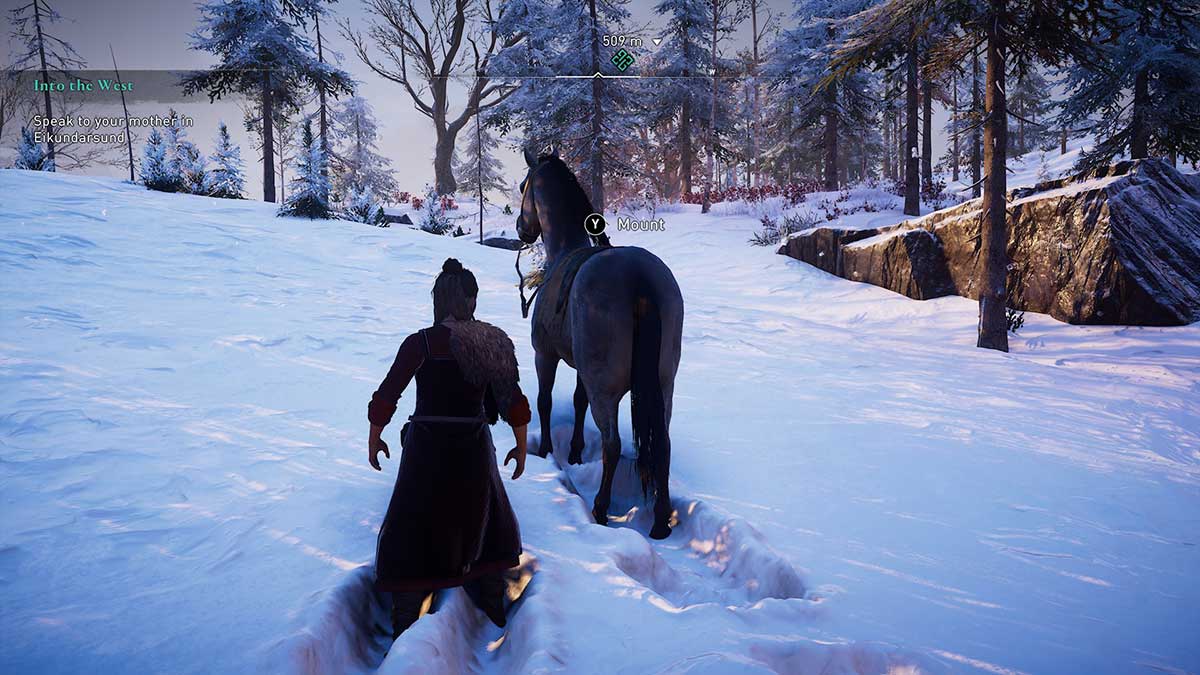 What if Gunnhilda rides a horse in Into the West in Assassin’s Creed Valhalla Discovery Tour: Viking Age?

Assassin’s Creed Valhalla Discovery Tour: Viking Age teaches you a lot about Viking culture that you won’t have gleaned in the base game. Each quest is filled with discovery and behind-the-scenes information to collect. However, there is none on the map in Into the West. Instead, they all appear as part of the main story. The most interesting of these concerns a horse and a decision you will have to make. This guide covers what happens if you force Gunnhilda to ride a horse in Into the West and what happens if you don’t.

What happens if Gunnhilda rides a horse?

Once you have taken control of Gunnhilda, you will find that you will have to travel a considerable distance to reach your objective. You have the option to ride a horse, but it is considered bad luck to even talk about a horse before a sea voyage in Nordic culture, so it would seem that riding one is bad luck. Of course, the game doesn’t tell you to avoid a horse, but it does suggest that things might go wrong for you if you do.

We chose to have Gunnhilda mounted on horseback, and the consequences came fairly quickly. Once you arrive at your destination. Gunnhilda must convince a crew to sail with her. A man called Hamarr will comment on how he saw Gunnhilda arrive on horseback, and this is the reason he gives for him and his men to stay on dry land. However, another crew will eventually step in and sail with you.

We don’t know what happens if Gunnhilda doesn’t ride a horse, but we’ll assume you’re just missing this dialogue. We think it’s better to see it, however, as it gives you the chance to respond to Hamarr’s comments by stating that she was trying to undo the bad luck of sailing with a woman by riding a horse. Plus, it’s a new insight into the culture and beliefs of the time that you wouldn’t otherwise see.