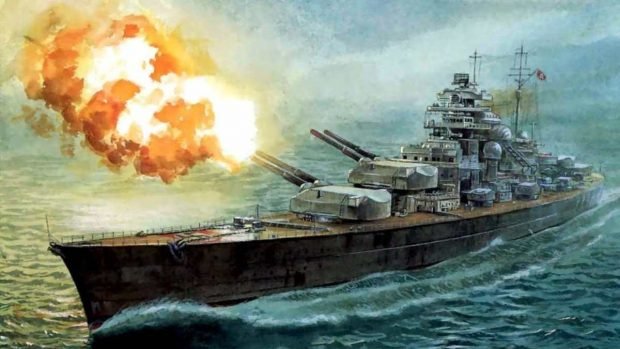 Why did the American ships split into two for no reason?

During World War II, the United States, as part of the government project sent to build continuous blocks of fully welded cargo ships, the “Liberty Ships”. Construction began with the outbreak of the Pacific War from 1942. 2,708 ships were armed from 1939 to 1945, but on April 1, 1946, it was reported that American ships had serious problems and even sank due to fragile fractures. Thus on April 1, 1946, 1031 damage or accidents were reported on these ships. More than 200 have been sunk or damaged with no hope of repair. â€œSchenectadyâ€ is one of the ships which broke in two when it was moored at the wharf. The accident was due to the appearance and development of brittle cracks, which were due to the lack of fracture toughness of the welded joint.

The “Schenectady” accident turned out to be the most expensive and large-scale experiment of the century. This turned out the importance of the firmness of the fracture of American ships, which marked the birth of fracture mechanics.

By decree of President Roosevelt, The United States began production of fully welded American ships, to meet the demands of the Pacific War. These freighters were used as transport ships for a large amount of military logistics to ensure an occasional American victory in the Pacific. These ships were called â€œfreedom shipsâ€.

The number of damaged US ships was very numerous, a total of 4,720 were reported, the number may vary depending on the source. The appearance and increase of brittle cracks caused catastrophic failure. In January 1943 in the New York outer harbor “Manhattan” which was sailing broke in two. A total of seven ships were dismantled in this way.

Currently, The poor weldability of steel is believed to have been the main cause of accidents. Additionally, secondary causes included both stress concentration due to poor design and an initial weld defect.

How did you solve these manufacturing issues today?

Liberty Ship accidents sparked international interest in the development of high weldability steels. In conclusion, it is necessary to increase the toughness of the notch at low temperature.

In this regard, it should be remembered that the advancement of metallurgy, such as low carbon or the addition of an Mn and Si deoxidation element, is effective in preventing cracking of welds.

On the other hand, the theory of fracture mechanics from physics has been applied to the problem of brittle fracture.

Disclaimer: This article is generated from the feed and not edited by our team.

How will AI help space exploration?

Air Liquide is preparing the succession of Benoît Potier within General Management as of June 1, 2022, in parallel with the implementation of a new governance structure