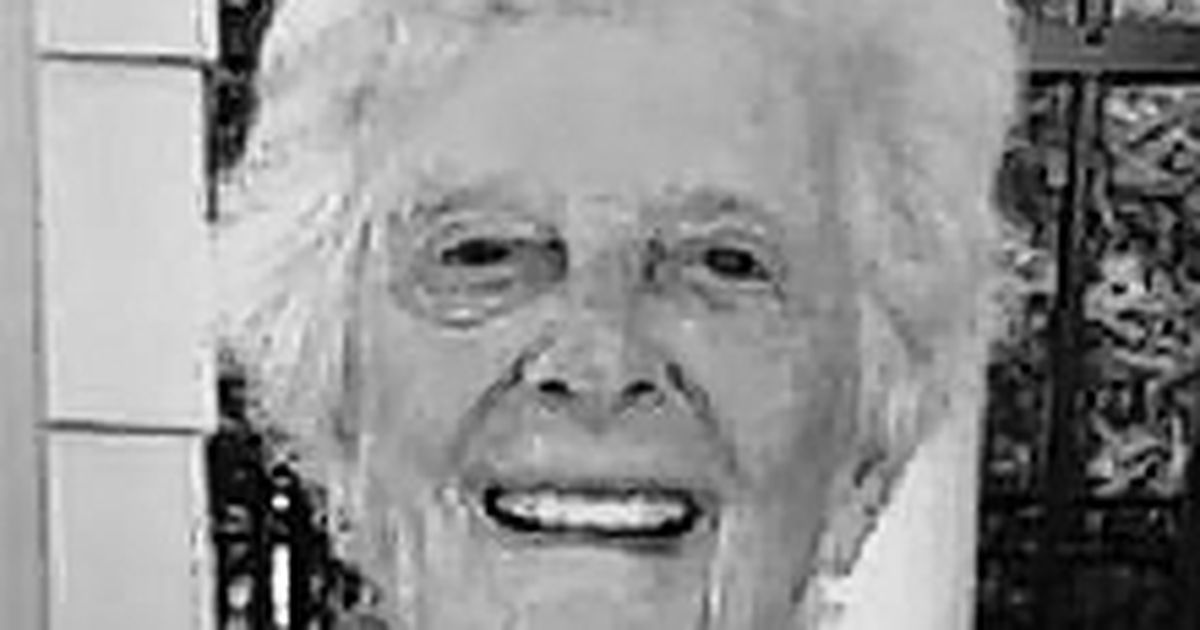 Susan Walden Wieland, 83, of Atlanta, Ga., Died on June 28, 2021 after living with Alzheimer’s disease for more than fifteen years.

Known for her sparkling eyes, lively smile, and bright white hair, she rarely questioned the kindness of others, always believing that a new friend would enrich her life. She has met the pushy politician, famous artist, ambitious student, or person struggling to stand up with the same interest. She was curious, but more than that, she deeply believed that life should be lived where you are and that tomorrow is another day. It was a morning person.

Sue was born in Indianapolis, Indiana to Joseph and Katherine Walden and raised in Concord, Massachusetts and Larchmont, New York. Arriving at Thoreau’s playground, his father claimed that the town’s elected officials had renamed the pond to them. Sue attended St. Catherine’s School in Richmond, Virginia – an unusual choice for a New England girl – but which seemed more providential and preparatory for the start of married life.

She met John Wieland at a dinner party in Darien, Connecticut, and they married in 1963, just before John’s final semester at Harvard Business School. After living for five years in Carrolton, Georgia, where John opened a building supplies business with a former HBS classmate, Sue and John arrived in Atlanta in 1971 with two children. John started his business, John Wieland Homes and Neighborhoods, as Sue gave herself to community service, an activity so central to her that it involved no decisions. She joined the Junior League, became active in her church, North Avenue Presbyterian, and her children’s school, The Westminster Schools.

Over the decades, she has chaired the boards of directors of Communities in School (formerly Exodus, Inc.), Families First and Literacy Action. She has devoted a great deal of time and energy to the Atlanta Children’s Shelter, the Alliance Theater, the Atlanta Community Foundation, the Atlanta Women’s Foundation, the Atlanta Symphony Associates Council, the Young Audiences, the Friends of Spelman, at Habitat for Humanity Atlanta, at Columbia Theological Seminary and Metro Atlanta Road.

Despite the public calendar, people behind the scenes enlivened his life. She loved the builders of John Wieland Homes and the myriad of corporate events and parties, jubilant social service award recipients and future Habitat owners. She was the favorite of her children’s friends, treating them like people of account. His joy was contagious, whether on a construction site, on an America’s Cup observation boat, or on the dance floor. Almost by surprise, people felt more positive and alive in his presence. She took nothing for granted, constantly insisted on her good fortune, and had the family recite a mantra before each trip: “What we don’t have, we will happily do without.”

Most of all, Sue loved John. Their 57-year partnership continues to ripple through the institutions and among the people they serve. When John wanted to discover the world, he found in her his most willing companion. They traveled everywhere and had the stories to prove it. Born into a family of sailors, Sue returned to Long Island Sound each summer to go out on the water and watch the sunsets over the Thimble Islands from the family home in Guilford, Connecticut. If Atlanta had one chief disappointment, it was probably the breeze at Lake Lanier. She had a terrific sense of humor and was a surprisingly good impersonator. She took notes. Together with John, she began avidly collecting contemporary art and managed their collection, now known as The Warehouse, for years. She loved artists more than their work on the walls.

Sue has been recognized by the Points of Light Foundation, the YWCA Academy of Women Achievers, the 11 Alive’s Community Service Award, and the Atlanta History Center. When the Atlanta Junior League selected a supporter to reward community service at a new gala, Sue was the first supporter selected. Sue and John were named Philanthropists of the Year in 2005. They received the Tocqueville Award from United Way in 2006. Saint Catherine’s and Wheaton College recognized his accomplishments and services. She and John have supported the two expansion projects of the High Museum and the Renzo Piano Pavilion and the Modern and Contemporary Art Curator are named in their honor.

Her final years were not easy, but the dignity and endurance with which she accepted her fate impressed those who knew her best. Even though she was doing it less and less, her mind was burning more and more. She is survived by her husband, John, and son John, Jr. (Jack) and daughter Lindsey Wieland Parker of Concord, MA, son-in-law Robert Parker and grandchildren Alden Parker and Lila Parker as well as her brother, Rex Walden. , of Guilford, Connecticut. She was predeceased by her sister, Anne Walden Weiss of Waukesha, WI.

There will be a Celebration of Life service for Sue at 11 a.m. on Saturday, July 24 at the North Avenue Presbyterian Church. The family requests that any tribute in her honor be given to the Sue Wieland Embracing Possibility Fund of the Atlanta Women’s Foundation.